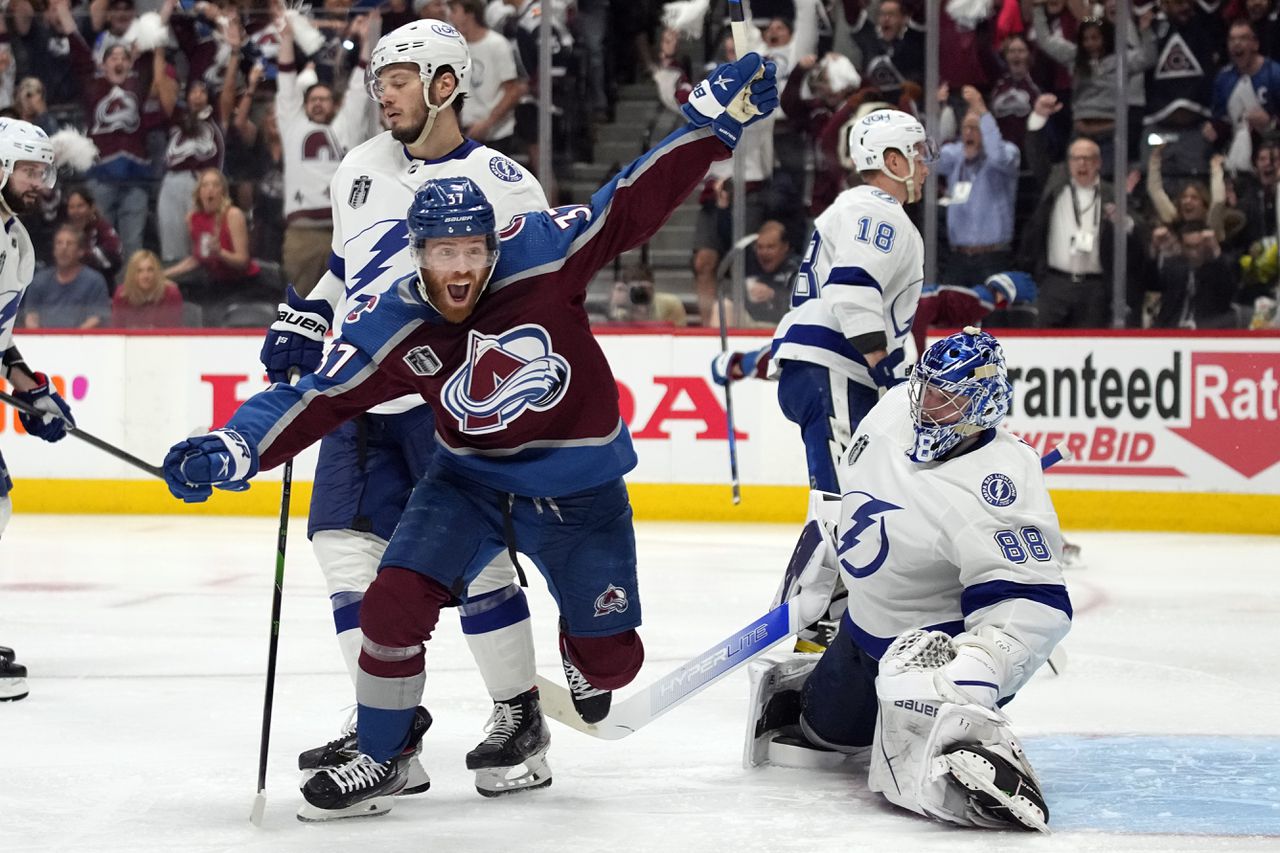 The Colorado Avalanche jumped out to an early 2-0 lead in Game 1 on Wednesday night, but the Tampa Bay Lightning fought back to tie the game 3-3 and force overtime. However, Andrew Burakovsky scored the game-winning goal for Colorado just over one minute into overtime, and they now enter Game 2 with a 1-0 series lead. Although the Avalanche have an early series lead, our experts predict that the Lightning can win Game 2 and even the series. Our experts’ two best bets for Game 2 on Friday night with odds from BetMGM Sportsbook can be seen below.

Bet $10 on Game 2 of the Stanley Cup Finals at BetMGM Sportsbook and you’ll win $200 if either team scores! It’s almost a guarantee so make sure to claim this offer today.

Our experts predict Game 2 to be full of goals for the second straight game, and we’ll explain why.

The Tampa Bay Lightning suffered a tough overtime loss in Game 1 and will need to battle back if they want to capture their third straight Stanley Cup. However, they’ve faced adversity throughout the Stanley Cup Playoffs, and their skaters have enough mental toughness to overcome a series-opening loss. Additionally, Andrei Vasilevskiy had a slow start to Game 1, and it is unlikely that will happen again.

There’s no denying that Tampa’s goalie had a tough start to the series and allowed three goals in the first period. The Avalanche failed to score in the second and third periods and needed overtime to grab their third goal. Vasilevskiy had a similar first performance in the Eastern Conference Finals against the New York Rangers, and he went on to dominate for the rest of the series. Additionally, the Lightning’s stars didn’t play their best, and they should step up in Game 2.

Tampa Bay received contributions from deadline acquisition Nick Paul and defenseman Mikhail Sergachev, but there will not be many games when future Hall-of-Famer Steven Stamkos is held scoreless. He tallied six goals against the New York Rangers and should get back on the scoresheet in Game 3. Now that the Lightning are more accustomed to the Avalanche’s speed, we predict that Tampa Bay can win Game 2 on the road.

Bet $5 on Game 2 between the Avalanche and Lightning at FanDuel Sportsbook and you’ll win $200 in free bets even if your bet loses! Claim this offer today and sign up at FanDuel while this great promotion lasts.

Although we predict that Vasilevskiy will play better than he did in Game 1, we still think that there will be over 6 goals in Game 2. The all-world goaltender may have a strong performance, but completely shutting down the Colorado Avalanche is close to impossible. Nathan MacKinnon and Mikko Rantanen didn’t find the back of the net in Game 1, but we could see them scoring in Game 2. Additionally, Tampa Bay must test Colorado’s goaltender, Darcy Kuemper, even more in order to get back in the series .

Kuemper is not 100% healthy, and once the Lightning adjusted to Colorado’s speed, they were able to take control of the game. Former MVP Nikita Kucherov didn’t score, and Steven Stamkos failed to record a point. Although both squads received contributions from role players in Game 1, we predict the stars will show up in Game 2, and the total will finish over 6 goals.

If you or a loved one has questions or needs to talk to a professional about gambling, call 1-800-GAMBLER or visit 1800gambler.net for more information.

Tron Identity Is a Detective Game Set Thousands of Years After Tron: Legacy