Love The Yamaha Neo’s? India To Soon Get Its Desi Doppelganger 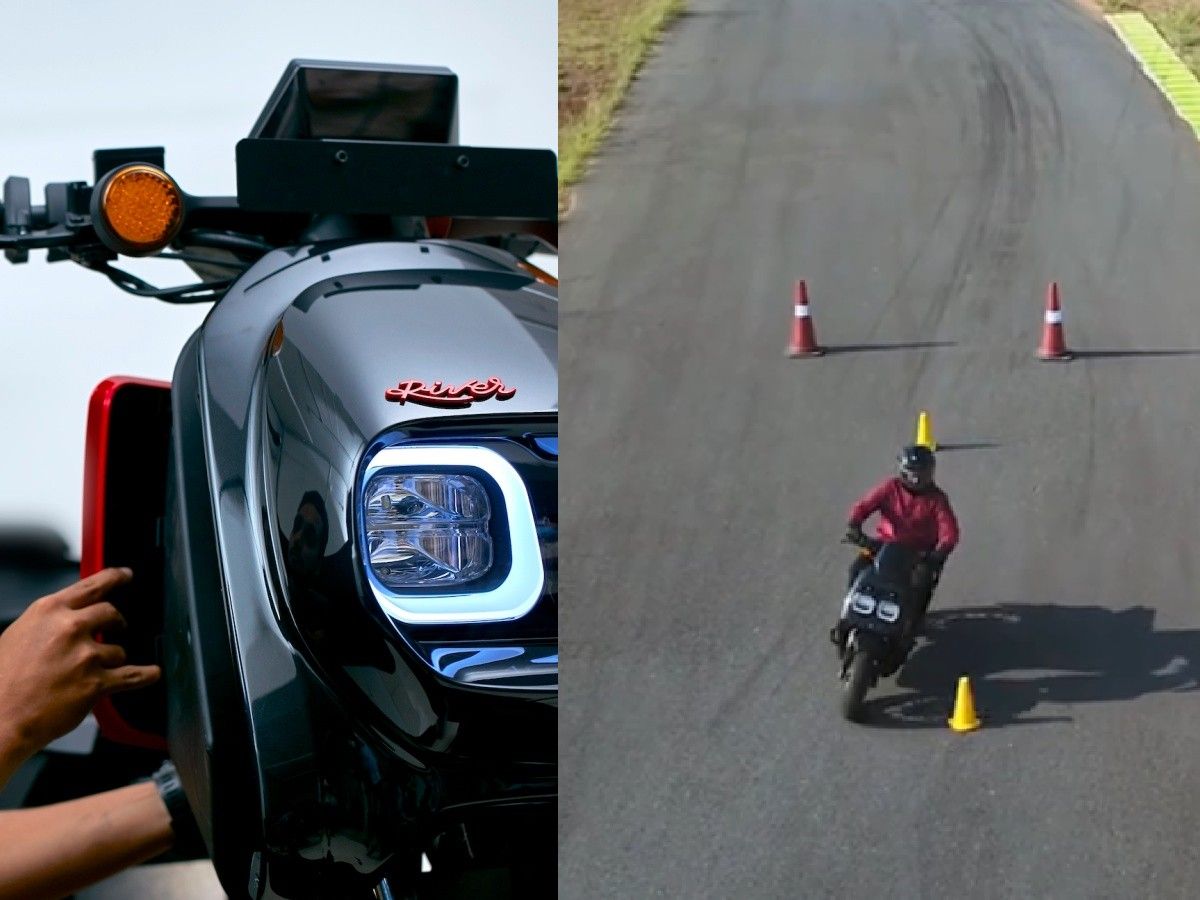 Get latest updates on
the automotive community

Bengaluru-based EV maker River’s electric scooter has been spotted undergoing testing. The product looked very close to being production-ready, so it is likely that the company could launch it later this year.

The River e-scooter’s styling is very unique, but there’s no denying that it resembles the Yamaha Neo’s that was showcased in India last year. Its dual projector headlight with the LED DRL looks cool, and similar to the Yamaha e-scooter.

However, unlike the Neo’s, the River EV looks much bigger and rugged. Bits like the crash guard on the front and the side panels, along with the chunky single-piece grab rail add to the sturdiness of the product.

The EV was seen with raised clip-on handlebars, similar to what we see on sport-tourers. River has used a telescopic fork and monoshock suspension setup, front and rear, along with disc brakes at both ends. It even gets beefy tires on what seems to be 14-inch alloy wheels. While the technical specifications are not out yet, what is known is that the EV gets a mid-mounted motor with a final belt drive.

Features on the River EV seem basic, with an official video showing CBS, and not ABS along with a LCD console. However, the final product or a variant with ABS and a TFT console could be offered.

The River electric scooter is expected to be launched toward the end of this year with a price tag of Rs 1.30 lakh (ex-showroom). It will take on the likes of the Ather 450X, TVS iQube ST, Ola S1 Pro and the Bajaj Chetak.