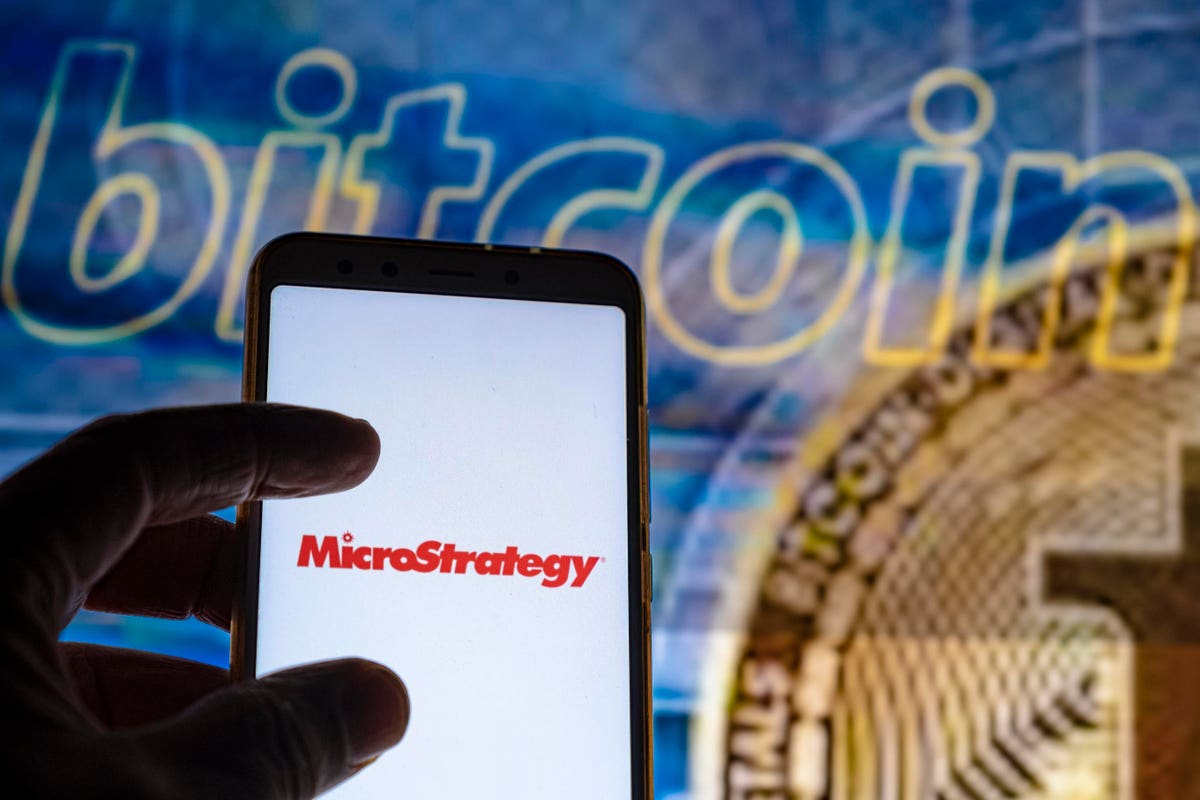 MicroStrategy MSTR , the business-software company that has a thing for bitcoin still loves the cryptocurrency even though it sold some for tax purposes last month, employing a tactic that could help other long-term fans ease the pain from the asset’s months-long slide .

As part of a flurry of late-year transactions, MicroStrategy sold about 704 bitcoins at an average price of $16,776 on December 22, the first time the company had divested any holdings of the leading cryptocurrency. But that followed purchases of about 2,395 tokens for about $17,871 each from November 1-December 21.

The company said in an SEC filing that it planned to use losses generated by the sale to diminish previous capital gains, which could result in tax benefits. It also said it turned around and bought 810 bitcoins on December 22 at about $16,485 each, meaning MicroStrategy had a net increase of about 2,501 in its bitcoin hoard since the start of November, which added to holdings of 130,000 at the end of September.

“This gives you a short-term capital loss of $770,880 before commissions, which can be used to offset both long and short capital gains generated during the year plus allow a $3,000 loss against ordinary income if there are any excess of the losses. Any excess that can be carried over to 2023 to offset more capital gains the same way,” says Brian T. Stoner, a Los Angeles-based certified public accountant.

The strategy takes advantage of bitcoin’s status as a commodity that is not subject to the wash-sale rules for securities, under which a seller must wait 30 days to repurchase an investment in order to book the tax loss. In the case of MicroStrategy’s bitcoin portfolio, the benefit may be large.

“The refund can be substantial if MicroStrategy can match the losses to its 2021 purchases, where it paid on average $49,229 per bitcoin. Considering that they repurchased bitcoin a few days after its sale, Microstrategy probably thinks that its price will rise again in the future,” says Steven Chung, a Los Angeles-based tax lawyer.

Indeed, says Shirish Jajodia, the vice president of treasury and investor relations at MicroStrategy, “There is no change to our bitcoin strategy, which is to acquire and hold bitcoin for the long term.”

Retail cryptocurrency investors can also use this tax-harvesting strategy, and for many the $3,000 reduction against ordinary income could be significant.

“As Bitcoin BTC and crypto continue to experience global adoption, I suspect we’ll be seeing more such tax-loss harvesting strategies employed by a larger number of investors to offset capital gains at the end of any given year” says Jeffrey Blockinger, the general counsel of Quadrata, a Los Angeles-area blockchain security company.

“MicroStrategy will likely now have more cash on its balance sheet for potentially funding any number of initiatives that could include share buybacks or buying more, and now relatively cheaper, Bitcoin,” says Blockinger.

In fact, MicroStrategy already does have some more cash on its balance sheet. In the SEC filing that announced the tax sale, the company also said it had taken advantage of a September 9 agreement to sell stock to Cowen COWN & Co. and BTIG, issuing 218,575 class A shares from October 1 to December 27 at an average price of $213.16, for a total of $46.4 million. That sum is roughly equivalent to the cost of acquiring the net 2,501 bitcoins it purchased in November and December.

Whether the funds raised were specifically meant to finance bitcoin purchases is unclear as MicroStrategy declined to comment. However, the SEC filing that announced the sales agreement listed the planned use of proceeds as general corporate purposes including acquisition of the cryptocurrency.