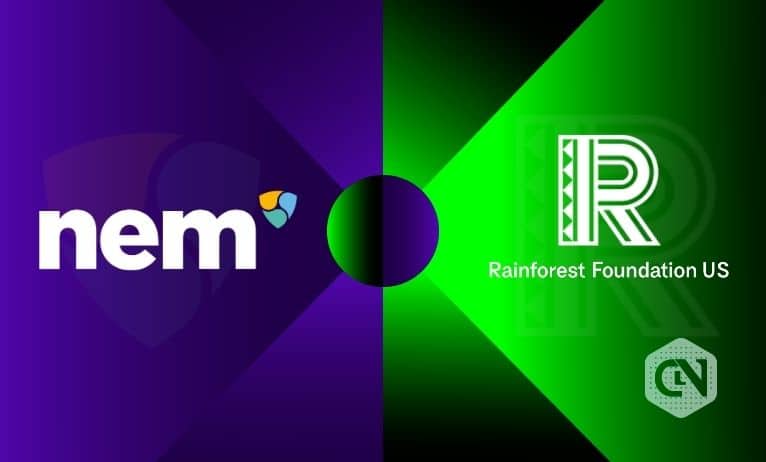 In order to promote more transparency and maintain the authenticity of the donations made to the Rainforest Foundation, the NEM Group has announced its new partnership with the foundation. This agreement is specifically aimed to help communities living in rainforests and contributing to the fight against deforestation and climate change.

The Rainforest Foundation strives to tackle the climate crisis and menace of deforestation. In addition, the organization is also involved in defending human rights violations across the globe. The foundation is also helping indigenous communities sustain and flourish on their native lands by providing them with monetary assistance.

According to the data that is available with the RFN association, out of the total 14.6 million square kilometers of the total rain forest available on Earth, only 36% remains intact. In 2020, it was a target to reduce deforestation by 50%, although this target was not met as the deforestation continued unabatedly.

According to the partnership, the XEM (the native token of the NEM community) can be used in order to make a donation to the Rainforest Foundation. This is another real-life case use of XEM.

Symbol is the NEM Group’s next-generation Proof-of-Stake+ (PoS+) Public Blockchain. Boasting enterprise-grade programmability and security, Symbol from NEM brings cutting-edge technical features which can be leveraged by innovative projects building fintech, healthcare, and supply chain products at the heart of the new economy. Symbol is a totally transparent and public ledger that encourages people to donate confidently to diverse social and environmental causes without cause of concern. The Symbol blockchain’s traceability helps NGOs like the Rainforest Foundation comply with transparency regulations. The ledger affords a higher degree of trust and engagement from donors.

Given the important role that forests play in our environment, this is a really commendable cause that both organizations have decided to come together for. The NEM Group is exploring exciting new ways to integrate NEM and Symbol with the Rainforest Foundation in the future as the partners look to create a new economic model that is for the greater good of our earth and its people.

The NEM is suspended, and so is consumer trust – how can we get it back?