polka dots [DOT] is winning in terms of development activity but… 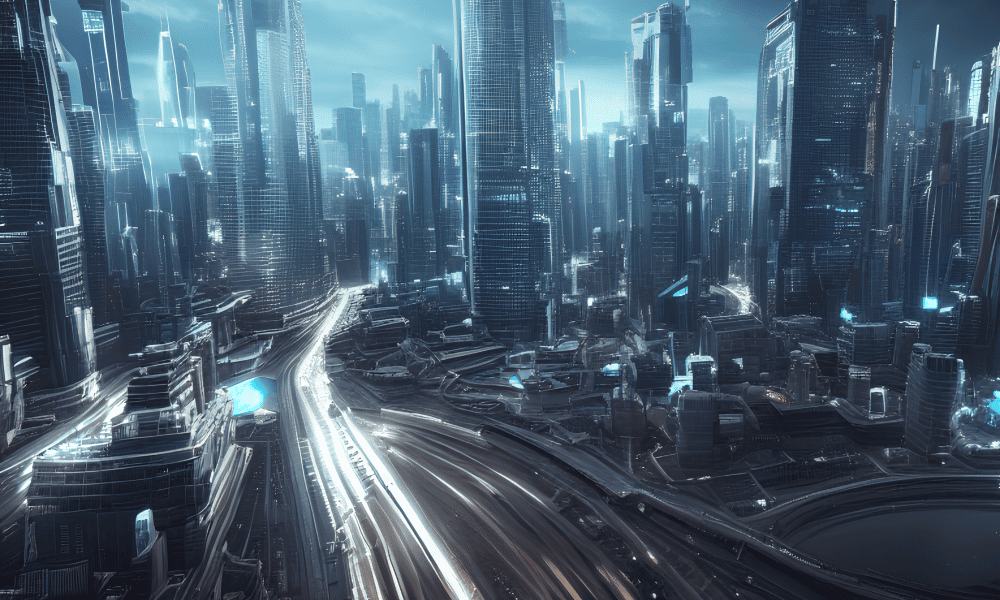 Polkadot has reclaimed the top spot as the blockchain network with the highest development activity count. This is according to an activity tracker ProofOfGitHub and this is important because the Polkadot has recently been dominating in terms of development.

Are your holdings flashing green? Check the DOT profit calculator.

Here’s why you might want to pay more attention to Polkadot and its development activity. The latter is an important measure of a project’s efforts toward achieving its long-term goals.

Especially those related to platform development. Polkadot managed to outperform other top blockchains by this measure, including Ethereum, Cosmos, and Cardano.

Interestingly, the same metric demonstrates a slowdown from mid to the end of December. This is likely because developers were out for the holidays and have now picked up where they left off.

Polkadot has not released any development-related updates so far despite the above observations. This might be a sign that the ongoing development activity might be related to ecosystem development.

Despite this, the fact that Polkadot is clocking in more dev activity than its rival networks may not go unnoticed by the investors.

Here’s Why Polkadot’s DOT Is Not a Security…

Healthy development does usually have a positive impact on investor sentiment. However, this does not seem to reflect on DOT’s weighted sentiment. The latter declined since mid-December and is yet to recover.

DOT managed to pull off an 11% upside in the first week of January despite the lack of enthusiasm among investors. Its MFI indicator registered healthy inflows since the start of the month but the price is now experiencing resistance after the RSI reached its mid-point. 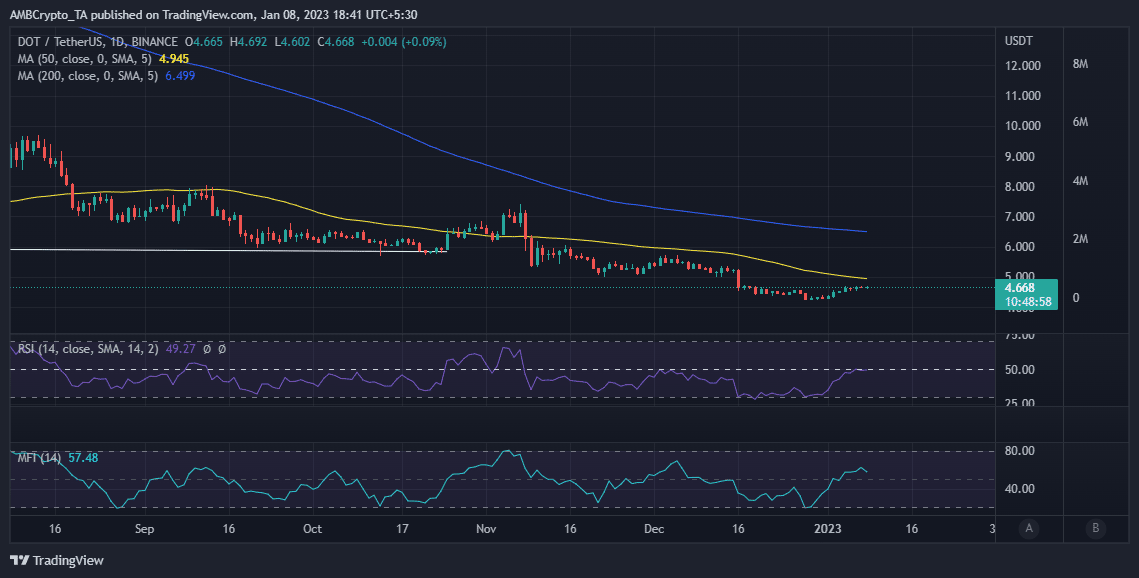 DOT’s struggle to rally above the current point might continue in the short term regardless of healthy development activity. This is because DOT’s current level has manifested noteworthy sell pressure as those that bought at or near the bottom range take profits. DOT’s demand in the derivatives market is also showing signs of weakness.

Both the Binance and DYDX funding rates have improved significantly since the start of January. However, the same metrics demonstrated some slippage in the last 24 hours.

As far as expectations are concerned, the probability of a bearish retracement in the next few days is higher based on the above observations. Nevertheless, this does not guarantee the expected outcome.

Could Bitcoin Help You Retire Early?

DOT Price Prediction: Bulls are on the move as they break through the resistance…