Record highs predicted for bitcoin in 2016 as new supply halves 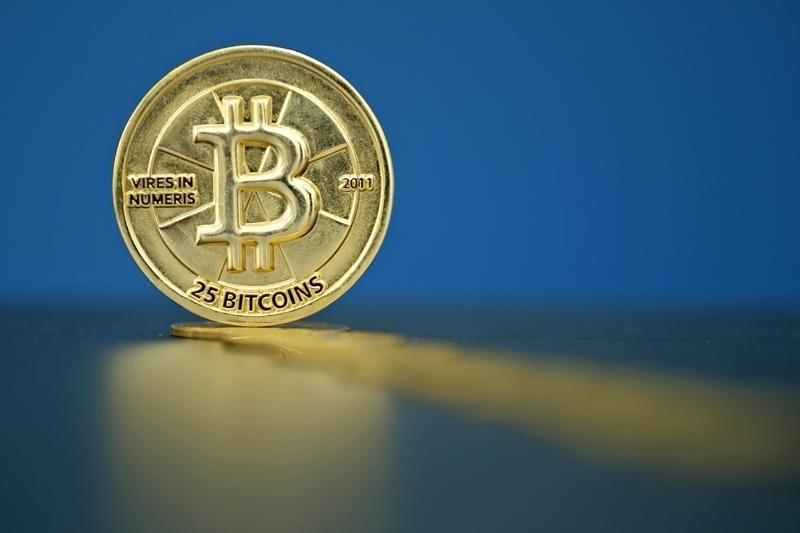 LONDON (Reuters) – 2016 could prove to be the year that the price of bitcoin surges again. Not because of any dark-web drug-dealing or Russian ponzi scheme, but for an altogether less sensational reason – slower growth in the money supply.

Bitcoin is a web-based “cryptocurrency” used to move money around quickly and anonymously with no need for a central authority. But despite being championed by some as the digital money of the future, it is often dismissed as a currency that is too volatile to invest in.

The reason 2016 looks set to be different is that bitcoin’s price is likely to be driven in large part by similar factors to a traditional fiat currency, following the age-old principles of supply and demand.

Instead of being controlled by a central bank, bitcoin relies on so-called “mining” computers that validate blocks of transactions by competing to solve mathematical puzzles every 10 minutes. In return, the first to solve the puzzle and thereby clear the transactions is currently rewarded with 25 new bitcoins, worth around $11,000 BTC=BTSP.

But when it was invented in 2008 by the mysterious “Satoshi Nakamoto”, who has yet to be identified, the bitcoin program was designed so that the reward would be halved roughly every four years, in order to keep a lid on inflation. The next time that is due to happen is July 2016.

Bitcoin was also designed to emulate a commodity by having a finite supply of 21 million bitcoins, which will be reached in around 125 years, up from around 15 million today. Hence, also, the use of the term “mining”.

Daniel Masters, co-founder of Jersey-based Global Advisors’ multi-million dollar bitcoin hedge fund, started his career as an oil trader at Shell in the mid-1980s and spent 30 years trading commodities before crossing over to bitcoin.

That would be due to a number of factors, Masters said, including an increased acceptance of payments in bitcoin by big companies and authorities, rapidly growing interest and investment in the “blockchain” technology that underpins bitcoin transactions, and also more demand from China as its currency weakens and the economy slows.

But taken in isolation, the halving of the mining reward will increase the price of bitcoin by around 50 percent from where it is now, Masters reckons. That is despite the fact that the halving of the reward has always been inevitable – a factor that would already have been accounted for in pretty much every other market.

“If OPEC (Organization of the Petroleum Exporting Countries) came out tomorrow and said, ‘in six months’ time we’re going to halve oil production’, the oil price would react instantaneously. But the bitcoin market is still in its infancy, and I don’t think that factor is discounted into the price fully,” he said.

Bitcoin’s price has already almost doubled in the last three months, putting it on track for its best quarter in two years. It hit $500 last month for the first time since August last year, with Chinese demand for a pyramid scheme set up by a Russian fraudster cited as a reason for the price surge.

But Bobby Lee, the chief executive of one of the leading bitcoin exchanges in China, BTCC, recons there is scope for the cryptocurrency to go much further. He thinks the price could increase by as much as eight times in the time up to the reward halving, taking it as high as $3,500 by next summer.

“Today the worth of bitcoin is $1 per capita in the world (population),” Lee said, referring to the value of all the bitcoins in circulation, around $6.5 billion. “For such an innovative, decentralized digital asset, I say ‘boy, are we undervaluing it’. But it takes a while for people to realize that.”

The mining reward has already been halved once before, in November 2012, from 50 to 25 bitcoins. The stakes were much lower then, with one bitcoin worth around $12, but nevertheless the price increased by about 150 percent in the preceding seven months – roughly the time left before the next halving.

“It (the halving) dampens supply so, all other things being equal, that puts upwards pressure on price,” said Jeremy Millar, partner at London-based financial technology specialists Magister Advisors, who expects demand to continue to increase.

“No one can argue with that fundamental economic principle.”

How to buy Solana cryptocurrency in 2022