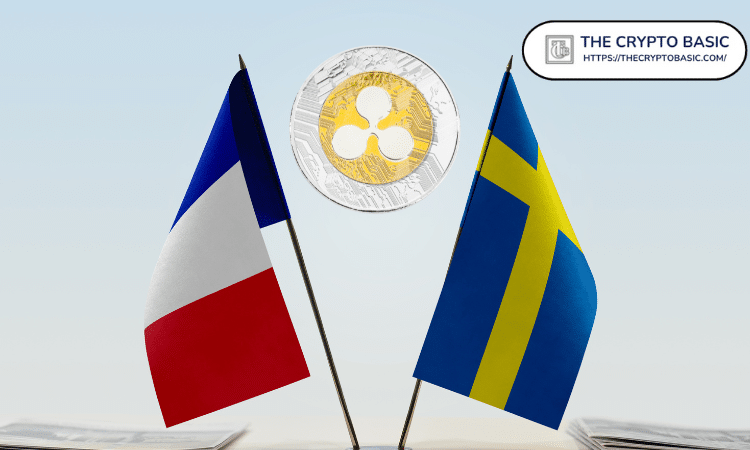 Ripple is introducing France and Sweden to its ODL services in recent partnerships with two payment institutions.

Ripple has established its first ODL partnerships in Sweden and France to facilitate seamless cross-border transactions.

Ripple’s penetration of the French market is possible with a partnership with Lemonway, a Paris-based payments solution focusing on marketplaces, e-commerce, and crowdfunding platforms.

Ripple has partnered with Swedish money transfer service Xbaht AB to bring ODL to the Swedish financial scene. Ripple disclosed both partnerships in a recent announcement Tuesday through its official Twitter handle and on official release.

Together, we’re making it easier for consumers and businesses in these regions to make real-time payments around the world. https://t.co/WOFgR3D0IP

These partnerships are a testament to Ripple’s Europe expansion moves and will bring the beauty of ODL settlements to the financial scenes of Sweden and France.

“By using Ripple’s ODL to underpin Lemonway’s treasury operations, we are looking forward to bringing significant benefits to our business which we can, in turn pass onto our clients,” said the COO of Lemonway, Jeremy Ricordeau, as he spoke on the partnership.

In addition, the partnership with Xbaht will facilitate ODL retail settlements as promoted by Singapore’s international payment hub Tranglo. Xbaht’s original mode of operation allows the payment platform to enable settlements between Sweden and Thailand.

Since its inception, Ripple has emerged as the go-to solution for businesses looking to facilitate payments. Its utilization of blockchain technology for these settlements provides a quick and efficient transfer system.

Ripple’s ODL has attracted a lot of attention from mainstream businesses across several countries, sealing Ripple’s position as a global leader in the scene. Data suggests that RippleNet now has over $15B in volume run rate. RippleNet is the Ripple decentralized payment network utilized by financial institutions across the globe.

RippleNet’s massive growth in such a short period is attributed to its outstanding features, such as an almost-nonexistent failure rate, and its ability to facilitate transactions within seconds, beating other settlement networks by a mile. RippleNet’s fees are about 90% less than traditional settlements charge.

The recent penetration of the Swedish and French markets has brought the Ripple ODL’s payout markets to 25, including but not limited to Thailand, Poland, and Singapore. Notable firms such as FOMO Pay, iRemit, SBI Remit, FINCI, and suchlike are among the payment solutions already using the ODL. The growth of ODL led to a nine times expansive rate YoY as of Q2 2022, data suggests. Notwithstanding, Ripple doesn’t show any signs of a slowdown.

Tether Launches USDT on Near Protocol