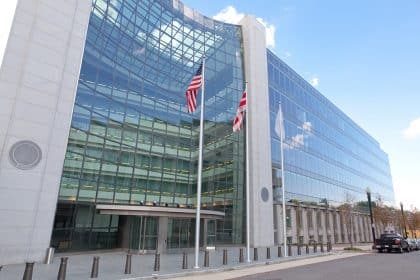 The SEC has filed objections against XRP holders and attorney John E Deaton who are aiding Ripple in its defense against the regulator.

In its ongoing case with crypto-focused firm Ripple, the Securities and Exchange Commission (SEC) is objecting to XRP holders aiding Ripple’s defense. The regulatory agency also wants to ban attorney John E. Deaton from any further participation in proceedings.

The SEC submitted an official ‘objection’ document to the United States District Judge SDNY. In the document, the Commission moves against the decision to recognize attorney John E. Deaton alongside 1,746 XRP holders as “amici curiae” or “friends of the court”. This is an individual or organization that is not a party to a case. However, such individuals or organizations can assist a court by providing information, expertise, or insights. In the SEC-Ripple showdown, this implies the provision of relevant data in support of Ripple’s defense.

Deaton currently has as many as 3,252 affidavits signed by the holders of Ripple’s native XRP token. These affidavits suggest that the XRP holders are victims of the SEC’s lawsuit against Ripple due to lost profits. Furthermore, the affidavits offer insight into the expressed stance of the XRP holders on their Ripple investments. According to holders, there is no legal responsibility owed for purchasing XRP. The holders say they procured the digital currencies for utilitarian purposes instead of for investment reasons. In addition, these holders have also suggested that they did not buy based on promises made by the company and its representatives.

However, the SEC dismisses the XRP holders’ claims as an attempt to operate outside of strictly legal issues. The regulatory agency issued a statement that read in part:

“Movants do not propose briefing on legal issues. Instead, they wish to present arguments based on 3,252 affidavits ‘attesting’ to certain facts.”

The SEC has also cited alleged threats made by Deaton against former SEC Chairman Jay Clayton as grounds for the amicus dismissal. The regulatory agency included a redacted letter dated June 7 to Judge Torres, which references a YouTube video from 2021. In the alleged video, Deaton threatened to physically assault Clayton and also used expletive language in his threat.

Deaton and the XRP holders have until July 25th to submit a public reply to the SEC’s objection.

As the SEC’s case against Ripple execs Brad Garlinghouse and Christian Larsen continues, Deaton has questioned the Commission’s approach. According to the attorney, the regulatory agency has been inconsistent with its application of the law against Ripple and its executives. Deaton took to Twitter to air his views on the SEC’s questionable approach, beginning with a post which read:

“The SEC claims #XRP itself is a security and anyone who sells it is violating Section 5 of the Securities Act. The SEC claims @Ripple @bgarlinghouse & @chrislarsensf “enriched” themselves at the expense of investors and it is seeking $1.3B in disgorgement from these defendants.”

This further sparked a thread of messages from the lawyer, covering the scope of the legal tussle that began back in 2020.

Tolu is a cryptocurrency and blockchain enthusiast based in Lagos. He likes to demystify crypto stories to the bare basics so that anyone anywhere can understand without too much background knowledge. When he’s not neck-deep in crypto stories, Tolu enjoys music, loves to sing and is an avid movie lover.

How to buy Stellar Lumens in Canada

This Is Why Cryptocurrency Market Can’t Go Up: Tether Whales’ Supply