I believe Solana is about to show its hand, and it is our job to follow whatever it tells us to do next.

Solana has shown itself to be attracted to the $80 level underneath, an area that should be supported based on historical action. This being said, it is an important day in the crypto markets, because the Federal Reserve has a very vital FOMC statement, and perhaps more importantly, a press conference afterwards to give markets an idea of ​​what they are going next. Quite frankly, a lot of the economic numbers have deteriorated rapidly, so it will be interesting to see how much wiggle room the Federal Reserve decides to give the markets.

Solend Backpedals on Proposal to Take Over Solana Whale…

While Solana is not the first thing you think of when it comes to the Federal Reserve, the fact is that you are measuring it against the US dollar. Extrapolating this out even further, you are measuring risk appetite, and crypto, in general, is pretty far out on that spectrum. As long as that is the case, Solana is going to struggle without some type of animal spirit entering the marketplace. Remember, Bitcoin is the first place people put money when it comes to the crypto markets, followed by Ethereum. It is only after that the people start to think about places like Solana.

The $80 level underneath has been significant support multiple times, so we are certainly in an area where you would expect some type of bounce. Whether we get that bounce will remain to be seen, but if we get a daily close below the $70 level, I suspect that Solana is in major trouble. At that point, I would become aggressively short not only Solana but probably multiple smaller coins as well. On the other hand, if we can turn around and wipe out the negative candlestick from the Monday session, that might be enough to have money flowing back into this market. Longer-term prospects for Solana look rather interesting, so if you are an investor, you may look at a plunge as an opportunity to pick up more, but if you are a trader this is a very dangerous day, to say the least. Ultimately, we have some decisions to make we will likely make them rather soon. I believe Solana is about to show its hand, and it is our job to follow whatever it tells us to do next. We should have clarity in the next few days. 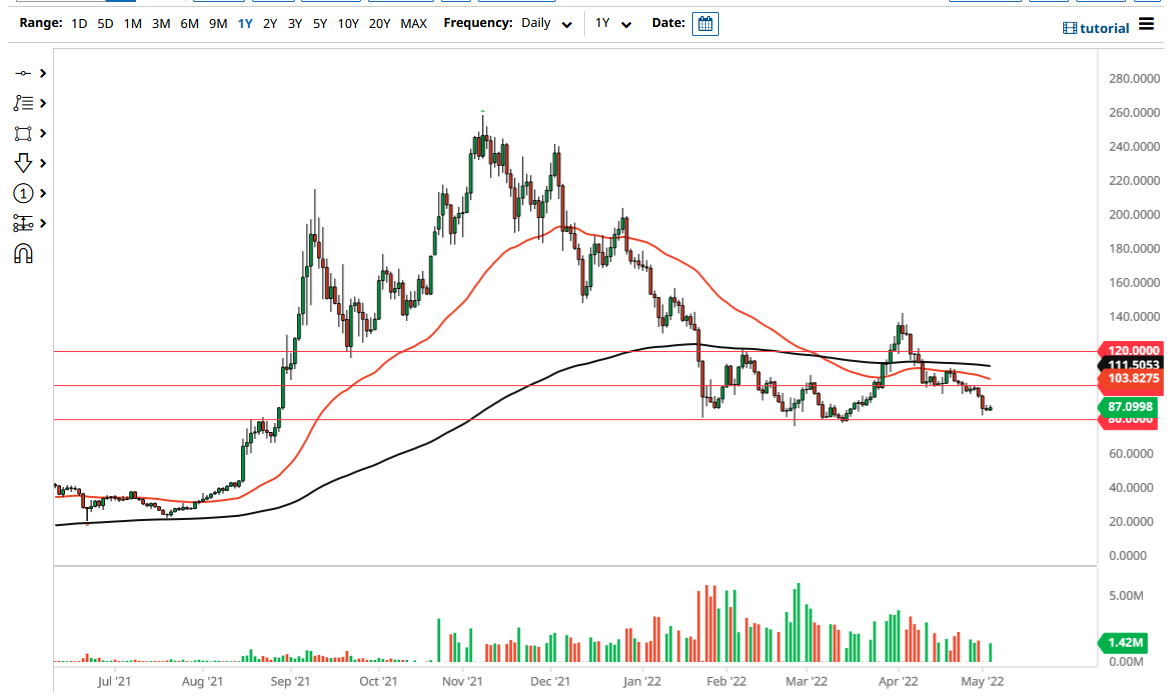 Exposed: Do Kwon and Terraform Labs Hold 42 Million LUNA in Secret Wallets despite Claims of Holding None

Solana (SOL) Could Face Catastrophe in Foreseeable Future, Here’s Why

SOL May Break Above $40 Level