Stand up as Bitcoin Moves away from Your Vision 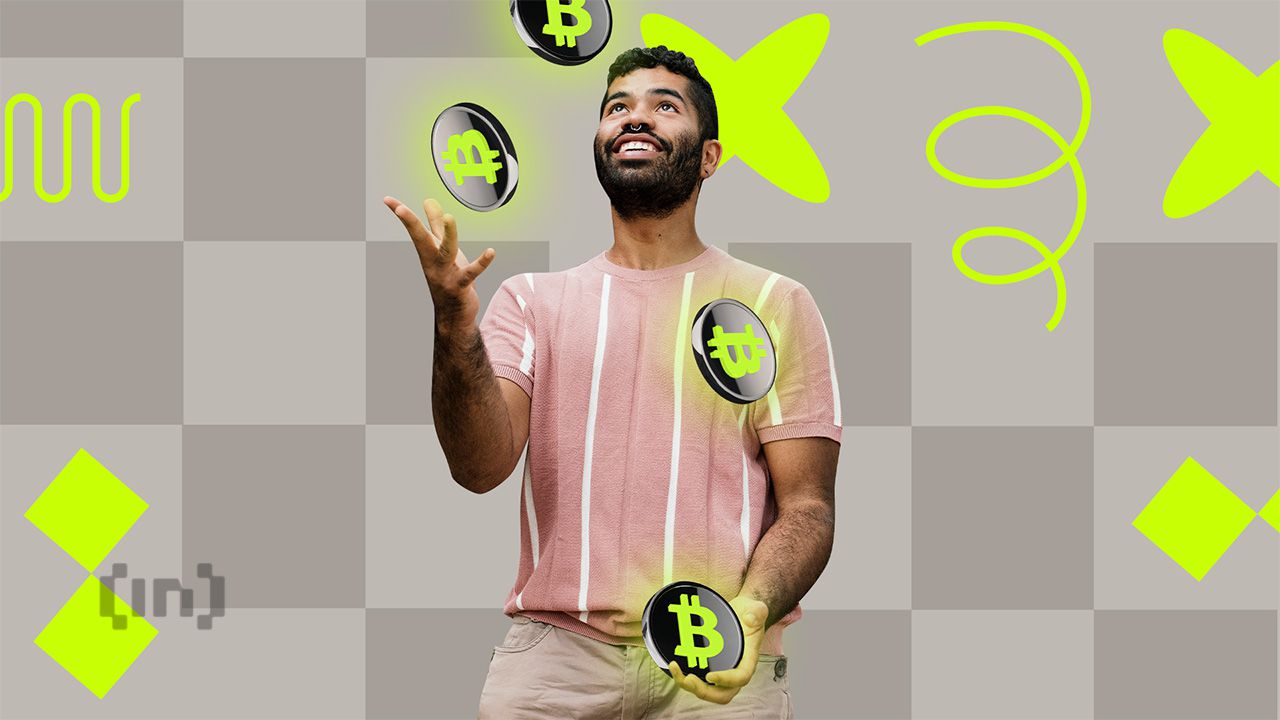 Satoshi Nakamoto: Chicago rapper Kanye West, also known as Ye, was this week spotted channeling his crypto swag with a Satoshi Nakamoto cap. The fashion statement was made in an apparent jibe to JP Morgan Chase, who told the billionaire to find a new bank. It could be the latest indicator of how much Bitcoin has disrupted the usually conservative financial world.

West has reveled in “the fashion of disappearance” lately. He is pulling up at public events with his face covered in a full-length mask and reversing the rules of fashion to exist outside the radar of the accepted world.

It is not hard to imagine Satoshi Nakamoto, the anonymous founder of Bitcoin (BTC), as a kindred spirit for West. Not least because they have both targeted institutional finance with arguments of inclusion.

With 300 million users, about 4% of the world population, there is no doubt that Bitcoin has grown over the last 13 years. From the radical utopian idea of ​​money which many called a crazy dream in January 2009, to one of the biggest web transacting platforms in the world.

The achievement of Bitcoin is enough to make minds behind the cryptocurrency the rock star of global finance. But they decided to remain anonymous under the alias Satoshi Nakamoto. Bitcoin has spawned a crypto industry now worth $913 billion in capitalization, down from $3 trillion last November.

Up to now, Nakamoto’s real identity remains shrouded in secrecy. Some claim it was a team, while others contend it was an individual who preferred not to be known. What’s certain is that some individuals have tried to bask in the glory of the work of the enigmatic Bitcoin founder.

Perhaps the most prominent is Craig Wright. The Australian computer scientist occasionally claimed that he is the Bitcoin founder since 2016. Wright has not convincingly backed his claims, coming up with outrageous statements everytime he faces scrutiny.

Recently, he told a Norwegian court that he had stomped on the hard drive which carried the key slices that prove that he indeed minted the first Bitcoin. Wright’s claims illustrate how Bitcoin has been compromised over the past years.

One of the key selling points for the digital currency from the days of its launch was on how it was comparatively secure in comparison to keeping fiat currencies. However, security breaches have lately dogged cryptocurrencies.

Although Bitcoin itself has never been made vulnerable to attacks, cryptocurrencies suffered at the hands of hackers. In 2022 alone, the crypto industry lost $2.32 billion to malware and cyber-attacks, according to blockchain security firm Peckshield.

That is almost the size of Zimbabwe’s annual national budget lost to hackers. This goes against reflections shared in the seminal Bitcoin whitepaper by Nakamoto in 2008.

“A certain percentage of fraud is accepted as unavoidable,” said Nakamoto. “These costs and payment uncertainties can be avoided in person by using physical currency, but no mechanism exists to make payments over a communications channel without a trusted party.”

“What is needed is an electronic payment system based on cryptographic proof instead of trust, allowing any two willing parties to transact directly with each other without the need for a trusted third party. Transactions that are computationally impractical to reverse would protect sellers from fraud, and routine escrow mechanisms could easily be implemented to protect buyers.”

Sadly, this has not been the case, as those trusting in cryptocurrency, especially emerging platforms like Wormhole Bridge, have bled through hacks.

SatoshiHas he lost control of his vision?

Hollywood left cult classic, Fight Club, ends with the narrator (Edward Norton) watching, arm in arm with his girlfriend, as credit card company buildings burn. He has given his anarchist followers the memo to rid the world of the existing financial world so that the world can start over.

However, by the time this order is carried out, the unnamed narrator is no longer in control of the situation. His dissociative splinter persona Tyler Durden (Brad Pitt) is in charge. He drums up such conviction in his followers that they go to extents that were not previously imagined by the narrator.

Like Edward Norton, the founder of Bitcoin, Satoshi Nakamoto, is not only behind an alias but he has an anarchist vision for credit card companies, banks and all of global finance. Has he lost control of his vision from a place of anonymous detachment?

Of late, there has been a departure from the principle of decentralization and privacy in crypto. In April, Ethereum-based crypto mixer Tornado Cash announced it had started to block addresses sanctioned by the US Office of Foreign Assets Control.

The announcement indicated the direction that the crypto industry was taking in relation to regulation. For governments, crypto is becoming too mainstream to ignore and too chaotic to neglect.

Across the world, government agencies are targeting crypto investors not only with taxes but mandatory registration and full disclosure rules.

State regulation increasingly appears to be the price the crypto community will have to pay for assimilation into the mainstream economy. It raises questions about the direction of the industry, in particular, whether decentralization as a tool for resisting censorship is a myth.

US President Joe Biden recently released an executive order justifying his government’s encroachment into sovereign finances in the interest of “national security.”

Individuals looking to operate in an insular system, away from central bank and state oversight, are increasingly confronted with new top-down demands for the industry. They include the closure of firms and freezing accounts.

Some of the regions that have weaponized lawbooks to control aspects of digital asset use include China, India, Malaysia, Australia, Japan, the EU, and the US

Much of the intrusion from governments goes against what Nakamoto envisioned. He said there should not be third party players like banks and authorities involved in Bitcoin, and by extension, other crypto assets.

For example, the US government is throwing its weight around cryptocurrency under the stimulus of sanction-busting operations by its foes, North Korea, Venezuela, Belarus and others.

A UN report from 2019 estimated that North Korea had made $2 billion from such operations, which included stealing cryptocurrencies, random attacks and other shady practices.

An asset forfeiture application by the US in 2020 described a $250 million crypto heist by North Korea’s flagship sanction-busters, Lazarus Group. The US Justice Department sought to freeze 280 wallet addresses allegedly used by hackers to launder stolen funds.

The department approvingly notes the increasing sophistication of the FBI in “tracing and seizing virtual currency, which criminals previously thought to be impossible.” It stressed that the anonymity of the internet is no longer a cover for cybercrime.

The world Satoshi created appears to be gravitating more towards being a glorified fiat currency, which operates on the Web. It is becoming detached from its founding ethos that prioritize decentralization and privacy.

But where is Nakamoto to pronounce himself on these issues? Is he alive? Is he on a beach in the Maldives? Or is he in a basement in Florida or basking in the sun in Cape Town? Now that Bitcoin has become a global success, does he not want to bask in the glory?

If the Bitcoin founder, Satoshi Nakamoto, decides to come home, will the cryptoverse be able to see past its institutional dalliances and geopolitical gambits to recognize him?

Perhaps Satoshi knows he already has the Bitcoin community’s work cut out for them. His democratic model for them rather than his own celebrity appeal could be what Bitcoin needs to retrace to its traditional values.

Craig Wright claims to be Nakamoto

In Nakamoto’s absence, there’s another group of Bitcoin die-hards holding the fort. They call themselves “Bitcoin maximalists.” The fundamentalists believe that BTC is the only crypto asset that will be needed in the future, according to the online dictionary Investopedia.

They believe that all other digital currencies are inferior to Bitcoin and that they fall afoul of the ideals as envisioned by Nakamoto. But Bitcoin has faced problems handling increased transaction volumes, leading to the emergency of other blockchains that could do so.

A number of the maximalists are unflinching in their defense of the founding ethos of Bitcoin. They have also faced criticism for championing a strategy that has failed to grow Bitcoin into a productive asset, like Ethereum.

“The maximalist narrative has lost touch with reality,” Muneeb Ali, the founder of Bitcoin open-source smart contract platform Stacks, tweeted in the past. “Bitcoin maximalism assumes a zero-sum world. However, we’re in an expanding crypto economy.”

Bitcoin maximalism is limiting the growth of Bitcoin.

Retweet for visibility if you agree.

Will the real Satoshi Nakamoto please stand up?

Got something to say about Satoshi Nakamoto or anything else? Join the discussion in our Telegram channel. You can also catch us on Tik Tok, Facebook, or Twitter.