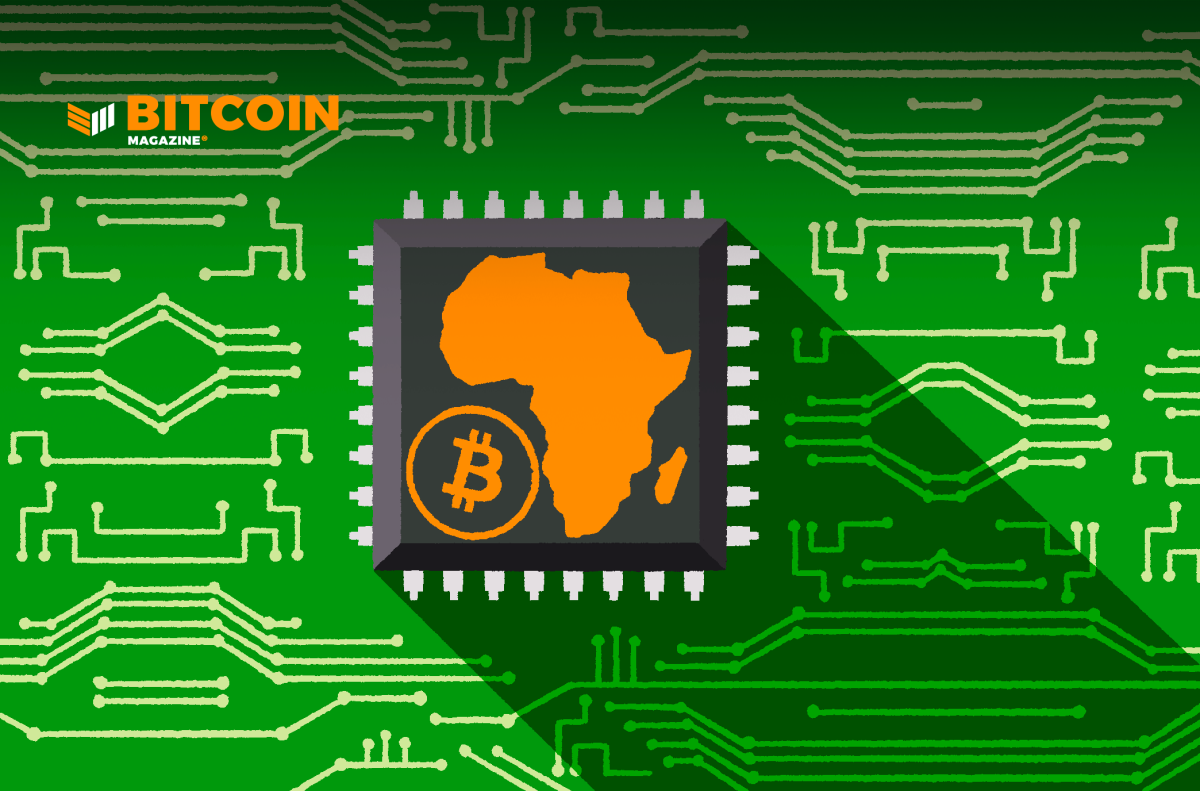 This is an editorial opinion by Josef Tětek, the Trezor brand ambassador for SatoshiLabs.

The inaugural Africa Bitcoin Conference (ABC) took place earlier this month in Accra, Ghana. Some events in your life are so impactful that you find it hard to get back to a day-to-day reality after you go through them. My visit to this event was one such experience.

Pre-Conference Orange Pilling On The Beach

For some time now, I’ve been an avid fan of Alex Gladstein and his perception of Bitcoin as a tool for empowering the unprivileged, the exploited and the suppressed. This spring, I gulped down his new book called “Check Your Financial Privilege,” and a few weeks later I had the good fortune to visit his organization’s Oslo Freedom Forum. But even though I rationally understood that Bitcoin is a necessity for billions around the world, I never really experienced adoption from this perspective, and never met the very people for whom Bitcoin can be a life preserver. That changed for me a few weeks ago in Ghana.

Curiously, the most eye-opening thing for me in terms of local Bitcoin adoption wasn’t the conference as such, but rather, it was interactions with ordinary Ghanaians in the city of Accra, most of whom learned about Bitcoin for the first time from us, the conference goers.

Several other Bitcoiners and I, including Hermann Vivier (the organizer behind the south-African circular economy project Bitcoin Ekasi) visited the local beach a day before the conference began, and spent the whole afternoon discussing Bitcoin with locals. What we found out was that Bitcoin becomes a very real thing once the locals are shown that they can receive value instantly, without any registration, and immediately spend it on airtime via Bitrefill. Whoever we talked to — fishermen, souvenir merchants, taxi drivers, artists — we witnessed the same cognitive process: from disregard and suspicion to excitement, within minutes. All that was required was to showcase a real-life immediate use for Bitcoin, and it all clicked.

Now, this might sound trivial to some readers, but the fact is that in many places, there is no easy way to conduct digital payments. Western Bitcoiners are mostly used to viewing bitcoin as a long-term store of value — which is, of course, a valuable use case everywhere around the globe — but in many countries, bitcoin serves as an incredible medium of exchange as well. And often, the only thing that is missing is knowledge about the Bitcoin ecosystem.

One theme that resounded throughout the three-day conference was the notion that Bitcoin can serve as a tool of liberation from the post-colonial systems of control in the form of the IMF, World Bank, the CFA franc system and similar constraints.

Gladstein explained in his keynote the precise nature of the debt slavery that most of the African nations find themselves in, with the IMF and World Bank happily lending billions of dollars to dictators, while it’s the citizens who are later forced to repay these debts, even though the loans only served to fill up the personal coffers of the kleptocratic dictators. Gladstein’s talk was based on his latest essay for Bitcoin Magazine, where he outlines the frustrating details of the IMF/WB exploitation scheme.

Africa may very well be the continent most damaged by fiat money. Fourteen countries still have their currency managed by the French government (the CFA franc regime), two countries are currently experiencing inflation near or over 100% (Zimbabwe and Sudan), almost half of the African countries face inflation higher than 10%, and cross – Border payments are often expensive or impossible. Many speakers pointed out that Bitcoin is the only viable way out, and the only practical chance for uniting the continent. 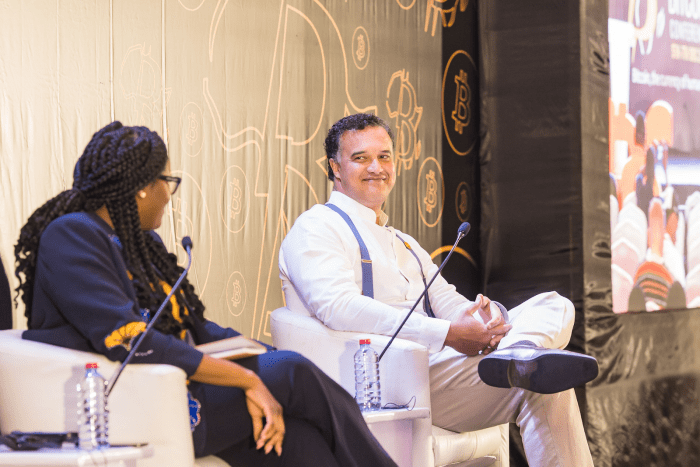 Ray Youssef of Paxful in a fireside chat with Farida Nabourema: Bitcoin has the potential to unite the 54 countries of Africa and pave the way to tremendous prosperity.

The pan-African nature of Bitcoin was touched upon often: in the many talks, panel discussions and off-stage networking — it didn’t really seem to matter which country the particular speaker was from; Bitcoin was generally understood as a pan-African phenomenon.

On the other hand, the lessons learned from Bitcoin adoption on the African continent are invaluable to Bitcoin itself and its potential for hyperbitcoinization — in Africa, Bitcoin is tested to its very limits: many countries are openly hostile to Bitcoin, the infrastructure of all kinds is often unreliable, people are often lured into bitcoin affinity scams; yet the adoption is following an exponential curve.

Obi Nwosu of Fedi summed up the perspective of many attendees in his keynote, when he stated that “Africa wins with Bitcoin. And Bitcoin wins with Africa.”

A strong theme throughout the conference was the necessity of African Bitcoiners being the ones to build tools for Africa, the reason being that developers from the Western world often have an understandable blind spot for the needs and circumstances of Africans. 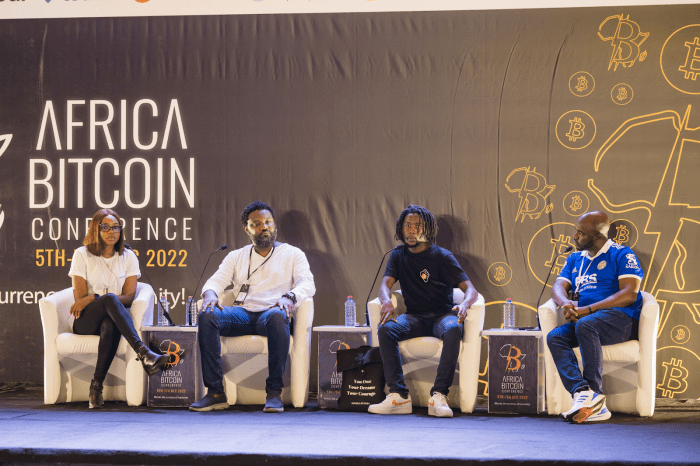 A network of Bitcoin tool builders is expanding in Africa. Over the past several years, education and grant programs such as Btrust and Qala have emerged, and more and more developers from the African continent are able to work on Bitcoin full time, either through grants or by finding employment in many of the African Bitcoin startups . 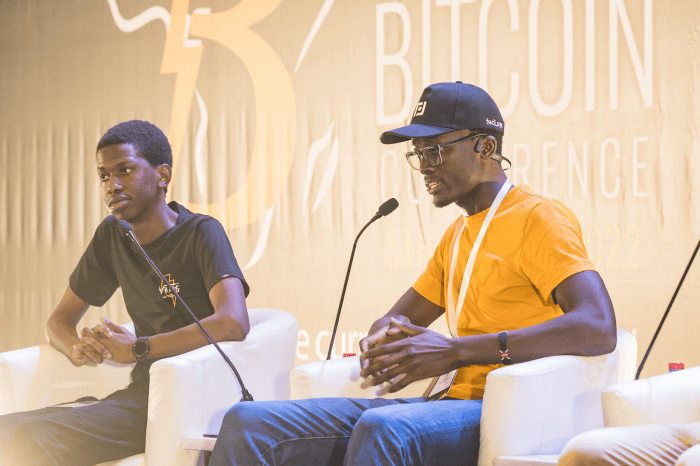 Obstacles On The Road To Africa’s Hyperbitcoinization

The exploding Bitcoin adoption in Africa has had its fair share of problems as well.

First: the infrastructure. As one of the speakers aptly put it: “Every Ghanaian knows — when it rains, the internet goes down.” The good news is that Africans are actively working on alleviating these problems; one of the interesting projects featured at the conference was Gridless, a bitcoin mining company that leverages stranded energy, such as local hydro power plants that are not connected to the national grid. During the course of the conference, a fresh $2 million investment into Gridless was announced, helping the project expand beyond Kenya, its home country.

A second obstacle is that scams and exploitative schemes are widespread. A prime example is Worldcoin. Some time ago, the global Bitcoin community was outraged by this project, which onboarded new users via airdropping tokens in exchange for a retina scan. After the initial wave of disapproval, things went quiet and the general impression was that Worldcoin was abandoned. To my surprise, I found out that the project is very much alive and the eye-scanning orbs are being deployed across the African continent. Bitcoiners worldwide have a duty to shine light on such disgusting data-harvesting experiments, and ensure that Africans are well-informed about the difference between Bitcoin and everything else.

Third: corporate conquest. It would do no good for the African continent to get rid of the neo-colonial monetary schemes such as the CFA system, only to be replaced with their corporate equivalents. From several discussions, I understand that Binance and other major exchanges are muddying the waters about what it means to actually hold bitcoin, discouraging newcomers from self custody, and instead promoting exchange accounts as the only option. The other alarming area of ​​a corporate conquest is the widespread reliance on WhatsApp; as one Twitter commenter recently stated, WhatsApp is “Africa’s e-mail.” This should be a reminder that education efforts should focus not only on Vitcoin and self custody, but also on the likes of Signal, encrypted email, password managers, VPNs and other similar tools of digital empowerment.

All Eyes On Africa

The Africa Bitcoin Conference was hands down one of the most inspiring events I’ve been to. Everyone I met — the entrepreneurs, the human rights activists, the circular community builders, the developers — was full of energy to orange pill the African continent. But their excitement wasn’t naive and didn’t stem from any kind of ideology or heterodox economic school; on the contrary, theirs was a very practical approach. Africa has its fair share of problems, and Bitcoin can help fix them — if we do things correctly.

Many speakers throughout the conference reminded us of the crucial ingredient of the Bitcoin revolution: the people. If ordinary people can’t understand and easily use the technology to alleviate their day-to-day problems, Bitcoin won’t get too far. Bitcoin doesn’t need to onboard politicians and central bankers, but rather taxi drivers and street food vendors. Thankfully, there are many grassroots communities emerging on the continent, spearheading the bottom-up adoption of the orange coin. To name just a few, there are Bitcoin Ekasi, Bitcoin Mountain, Bitcoin Cowries, Bitcoin Village, Exonumia and DigiOats. And many more are emerging.

Personally, I can’t wait for another chance to visit a Bitcoin conference on the African continent, the optimism for a better future is simply unmatched. The next upcoming conference seems to be the Nigeria Bitcoin Conference, happening in March. Since Nigeria has one of the most orange-pilled populations worldwide, I’m sure it will also be a wild, unforgettable experience.

Note: live streams from day two and three of the Africa Bitcoin Conference are available at the conference YouTube channel.

This is a guest post by Josef Tětek. Opinions expressed are entirely their own and do not necessarily reflect those of BTC Inc or Bitcoin Magazine.

Ladies, Gentlemen, Welcome to Bitcoin Club — Here Are the Rules