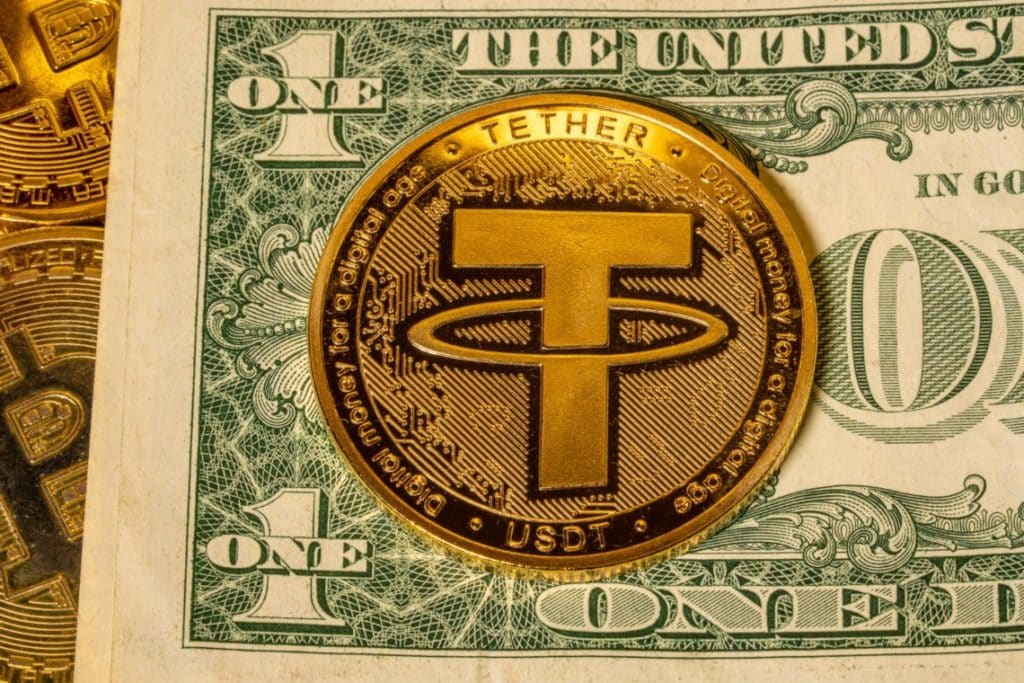 USDT, the stablecoin issued by Tether, fell 1% below its peg to the US dollar due to continued market turmoil, a direct result of the collapse of the FTX exchange.

Was Tether at the center of Sam Bankman-Fried’s…

How Bitfinex and Tether relate to FTX collapse? Kurt…

The largest stablecoin on the market fell yesterday to $0.9911, according to TradingView data. Specifically, down 0.68% in the last few hours.

In general, all major cryptocurrency prices, including Bitcoin and Ethereum, have come under pressure this week due to the collapse of the FTX exchange. However, speculators are monitoring the rapidly developing story of the FTX cryptocurrency exchange and its fall.

What is happening to Tether? Is it at risk of collapse?

Unfortunately, Tether is also suffering a hit from the crash of FTX, although the end is not in sight. Even Curve’s stablecoin pool is becoming unbalanced. Indeed, the vast majority, about 82%, of the pool is in USDT, resulting in less liquidity for other stablecoins. This has most likely been caused by traders exchanging USDT for other stablecoins.

However, Tether’s situation puts most on edge, as its USDT stablecoin reached such price levels last time during May’s Terra implosion and related UST stablecoin.

For this reason, Tether’s external representative also tried to calm the waters, stating that Tether currently has no credit to FTX or Alameda Research.

Moreover, he added that Tether’s tokens are 100% backed by reserves and that the backing of the reserves exceeds the liabilities.

On Wednesday, Tether’s own company stepped in to clarify the issue, stating:

“During times of market volatility, the trading price of the publicly traded USDT can fluctuate. This happens because there is more demand for liquidity than exists on that exchange’s order books and it has nothing to do with Tether’s ability to hold its peg nor the value or composition of its reserves.”

Hence, these latest statements may comfort investors. Even though, to really know how this will play out, we will just have to wait and see how Tether will continue to react to market uncertainties.

In any case, sources in recent hours report that Tether has frozen $46 million USDT held by FTX, following a request from law enforcement.

According to Tronscan, Tron’s block explorer, the portfolio belongs to FTX. A Tether executive, using an acronym for law enforcement, recently stated:

“We are starting to receive requests from LE to temporarily freeze assets while an investigation takes place.”

If Tether, as well as other crypto assets, is struggling in this bearish market phase, it is because of the situation caused by the crash of FTX.

A crash that came in the wake of CoinDesk’s investigation of the FTX exchange. Which revealed that the balance sheet of Alameda Research, a cryptocurrency trading unit owned by Sam Bankman Friedwho also owns FTX, was full of FTT which is FTX’s native token.

So this means that Alameda rested on a foundation largely made up of a currency fabricated by a sister company, not an independent asset such as a fiat currency or another cryptocurrency.

All this led Binance CEO Changpeng Zhao to close his $500 million position in the FTT token. From there, within a very few days, FTX collapsed disastrously.

At first, Zhao had stated that he could potentially buy the FTX exchange to save it from collapse. However, in the late evening of November 9, the CEO of Binance contradicted this assumption, saying that FTX’s problems are beyond his control.

A glimmer of hope for FTX lies in the figure of Justin Sun, the billionaire founder of the Tron blockchain. Sun has stated in fact that he is working on a solution with FTX to try to solve the exchange’s liquidity crisis.

However, this is speculation and nothing is certain at the moment. It remains to be seen whether Sun or whoever will really help or save the FTX exchange.

Tether (USDT): what is the famous stablecoin

Stablecoins, or stable cryptocurrencies, are a new variant of crypto assets, based on establishing a fixed price of the cryptocurrency against a fiat currency of another value, another cryptocurrency or a commodity, in order to reduce its volatility.

tether (USDT), the stablecoin that has given much to talk about, especially in recent months, is included in this category. Specifically, Tether is pegged to a stable reserve asset that is based on the US dollar (USD), thus the value of a Tether coin will also correspond to the exchange rate of one dollar.

There is price volatility sure, but the fluctuation is slight. This is because the cryptocurrency is based on the dollar and a very large market capitalization, a product of all the coins in circulation and their current price.

In contrast, most cryptocurrencies are based on their own Blockchain, Bitcoin or Ethereum, while Tether uses the SHA256 algorithm, which is Bitcoin’s algorithm. Thus, the amount of coins that can be withdrawn is strictly limited by the amount of money deposited in the Tether account.

Moreover, since Tether is a stablecoin, it is impossible to mine. The only way to get it is to transfer fiat money to the organization’s account or buy it on a cryptocurrency exchange.

Due to USDT’s stability, investors can hold their digital assets that are akin to regular fiat currencies, but at the same time maintain the ability to exchange easily with other currencies in the market.

Theta Network seems in trouble; Should you invest in THETA?

Was Tether at the center of Sam Bankman-Fried’s empire?

The shadow of Tether hangs over the FTX saga – Ledger Insights