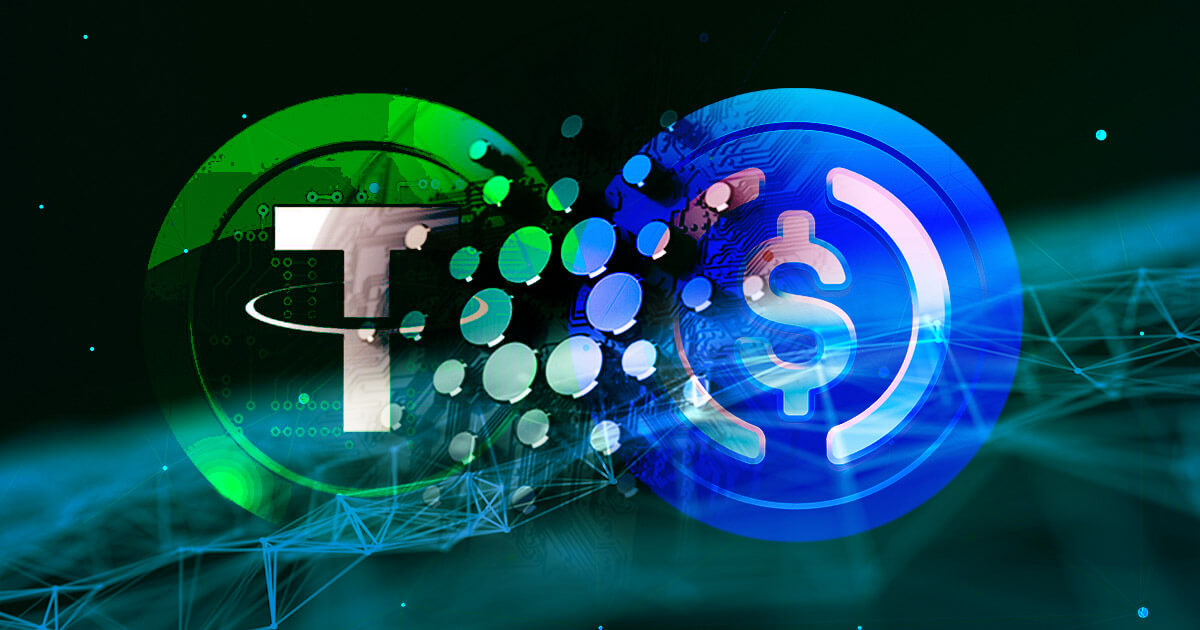 Since the debut of Tether, stablecoins have existed in the cryptocurrency space, but there have been no notable stablecoins in the Cardano ecosystem until recently. Charles Hoskinson, the Cardano founder, and co-founder of Ethereum made an announcement on Twitter, stating that stablecoins are coming to the Cardano blockchain.

“Wingriders is one of the most exciting DEXes to launch on Cardano and now they are bringing stablecoins!” the Cardano founder said in his tweet.

Wingriders is one of the most exciting DEXes to launch on Cardano and now they are bringing stablecoins! https://t.co/Rpsl9znhyl

WingRidersa decentralized exchange (DEX) on Cardano has partnered with the Milkomeda Foundation to introduce two of the most popular stablecoins on the Cardano mainnet blockchain.

The two protocols will leverage the Milkomeda Bridge sidechain (developed by dcSpark) and its Ethereum Virtual Machine (EVM) to enable the trading of tether other USDC stablecoins for the first time on Cardano. The stablecoins are intended to function as a safe-haven asset for users during volatile market conditions.

How the Tether (USDT) and USDC stablecoins will work on Cardano

The process works by users moving their Ethereum-based ERC-20 tokens to the Milkomeda sidechain using Metamask and the Nomad Bridge (audited by Quantstamp). Milkomeda is a Cardano side chain that uses EVMs to support the ERC20 tokens that are held for the user (for example on their Flint wallet or again using Metamask).

How ERC-20 wrapped stablecoins are migrated onto the Cardano network – image from news.coincu.com.

These ERC-20 tokens will be locked by a gateway, which will then issue Cardano native tokens on the Cardano blockchain. The Flint wallet may be used to do this.

Wrapped versions of the USDT and USDC stablecoins will be released on the Cardano blockchain whenever an ERC-20 version of the stablecoin is bridged to the network.

Wrapped tokens are digital assets that have the same price as an underlying asset. The original digital asset is placed in a wrapper, which acts as a digital vault, allowing the wrapped version to be created on a different blockchain.

The Milkomeda Bridge will be used to map ERC-20 tokens to the Cardano chain. When ERC-20 tokens arrive at the bridge, they are locked within a smart contract. The mapping protocol will issue 20 pre-minted USDC tokens that are locked on the Cardano blockchain while this is going on.

How wrapped ERC-20 stablecoins move across the Cardano network to be traded or swapped – image from news.coincu.com.

These tokens will be linked to the smart contract that holds the ERC-20 tokens that are locked. The wrapped ERC-20 tokens can then be sent from the gateway to the Flint wallet. Users will then be able to use the wrapped tokens for trading or provision liquidity purposes through the WingRiders DEX.

How will stablecoins impact the Cardano ecosystem?

Stablecoins are cryptocurrencies that aim to offer a price-stable medium of exchange, usually backed up by a treasury or reserve asset. Tether (USDT) and USDC are fiat-collateralized stablecoins that are backed by a reserve of US dollars, with Tether Limited (owned by Bitfinex) managing the USDT reserves, whilst the USDC reserves are managed by Circle.

Decentralized finance (Defi) is one of the most popular use cases for stablecoins due to their reduced volatility. Traders use stablecoins to trade other cryptocurrencies, stake to earn a yield on their holdings, add liquidity to a Defi protocol (such as a DEX) as a liquidity provider (LP), and more.

Stablecoins can also serve as an easier entry point into the Defi space for new investors.

Tether Investors Redeem $10 Billion Worth of Tokens Since Crypto Rout