Tether (USDT) is dominating value transfer on the Ethereum blockchain, but why? 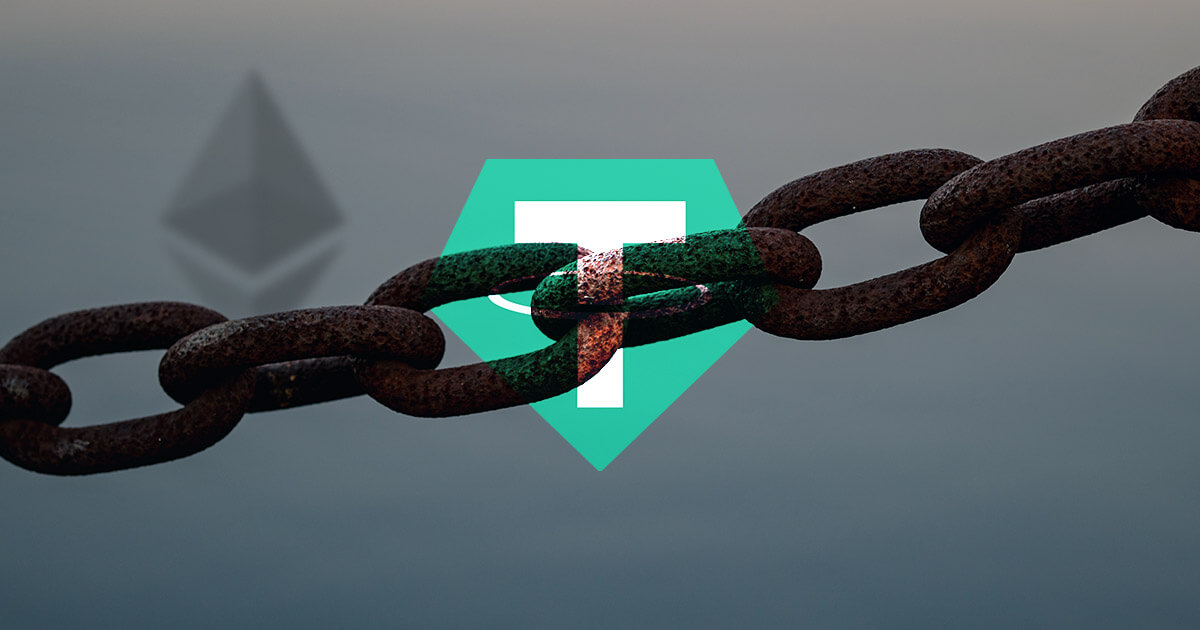 Ether (ETH) is the world’s second-largest cryptocurrency by market cap, but it’s not the most popular cryptocurrency on its own network. Once the dominant force on the Ethereum blockchain, ETH is slowly, but surely, being replaced by less volatile and more efficient assets.

According to the latest research from Messari Crypto, Ethereum’s economy is now absolutely dominated by stablecoins. Ryan Watkins, a research analyst at Messari, said that the gap between ETH transfer value and stablecoin transfer value began widening mid-2019. The difference between the two, he noted, has only been rising since then.

Graph showing the weekly adjusted transfer value for ETH and other ERC20 stablecoins in 2019. (Source: Messari)

Messari’s data also showed that the 12-month trailing transfer volume for ETH dropped from a staggering $430 billion to just over $150 billion over the course of last year. Stablecoin value, on the other hand, has seen a significant boost over the same period. 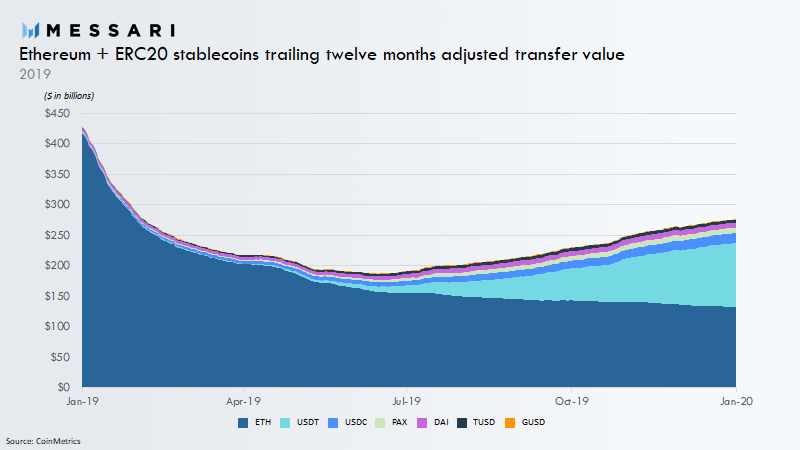 Several factors could explain why stablecoins dominate the Ethereum network

While ERC20 stablecoins have seen their popularity increase in the past two years, it wasn’t until Tether (USDT) began migrating its coins to the Ethereum blockchain that their transfer volume began to soar.

By far the most popular stablecoin in the crypto market, USDT is a perfect answer to the volatility of the market for institutional investors looking for an easy crypto onramp. This is one of the factors that contribute to its almost unbelievable daily volume. It’s $4.2 billion market cap pales in comparison to its 24-hour trading volume, which most crypto trackers estimate to be anywhere between $40 billion and $64 billion.

Another thing that could have had a significant impact on the stablecoin dominance of the Ethereum network is the rise of DeFi. With Ethereum being one of the most popular platforms to build dApps on, it’s only natural that most of them dealing in finance will find their home on the blockchain.

Data from DeFi Pulse showed that the total USD value locked in DeFi has risen from $274 million to almost $900 million since Jan. 1, 2019. MakerDAO and its ERC20 stablecoin Dai are responsible for almost 60 percent of that. 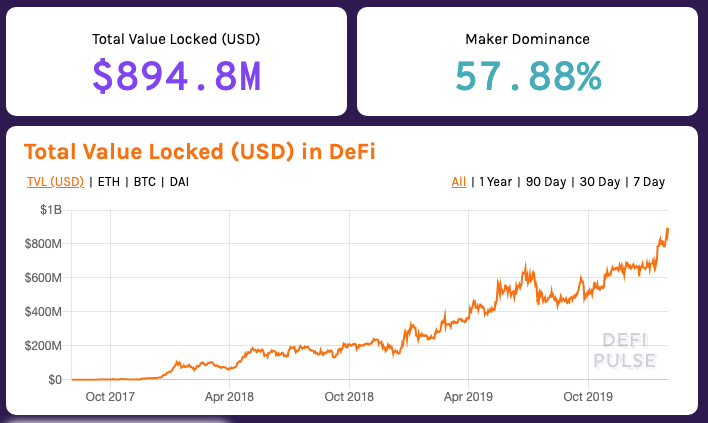 Messari’s data offered an interesting perspective on the current state of the Ethereum network. While some saw this as proof that ETH is becoming more and more redundant, others argued that the lack of movement the world’s second-largest cryptocurrency saw was an extremely bullish indicator.