The 4 Possible Scenarios for Bitcoin Price in the Future 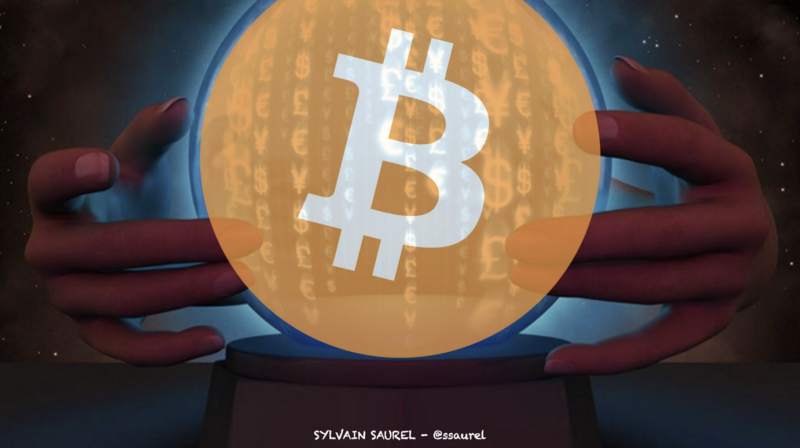 An attempt to answer the famous question: How high can the price of Bitcoin go?

March 2020. A pandemic of a magnitude not seen for decades is hitting the world at a rapid pace. The pandemic of COVID-19 shakes all the certainties that some people still had.

The world’s major economic powers are forced to shut down their respective economies to stop the spread of this pandemic.

To support the economies hit hard by the biggest recession since World War II, central banks around the world are stepping in. More than $12 trillion out of thin air is being printed and injected into the monetary and financial system.

The current system must be saved at all costs

The message is clear. The current system created de facto by Richard Nixon in August 1971, must be saved no matter what.

Whatever it takes is a roundabout way of saying that it will be the poorest citizens, the vast majority, who will foot the bill. Meanwhile, the wealth of the ultra-rich will continue to rise throughout the year 2020. Today, Jeff Bezos, the richest man in the world, has a fortune of over $200 billion.

In the modern era, never before hath a man had such a fortune in his possession.

Faced with this, we have a more than alarming situation with an overheated monetary and financial system. The world debt has become parabolic over the last four years and will reach $277T by the end of 2020. More than 25% of the US dollars in circulation have been printed in the last twelve months.

Bitcoin is your best weapon against the great monetary inflation

Inflation is making a comeback, and the stock market will eventually see the current bubble burst sooner or later. A huge stock market crash is ahead of us. This time again, it will be no different than some would like to believe.

In the face of the great monetary inflation triggered by the monetary policies of the central banks and the stimulus plans decided by the governments of the world’s major economic powers, Bitcoin has emerged as the best store of value for the future.

In a world where everything is going digital, Bitcoin will play a key role in the future. Its monetary attributes will make a difference, and more and more people will come to buy it. The fact that Bitcoin has a programmatic monetary policy that does not depend on any arbitrary decision by a minority of humans, and a hard-capped supply of 21 million units, is obviously attractive.

Bitcoin is the antithesis of the current system. It is the people’s currency backed by the people.

What price can Bitcoin reach in the future?

As evidence of the fact that more and more people are realizing the incredible strengths of Bitcoin, its price has exploded since October 2020 to almost $65K in the middle of April 2021. Its price has since fallen back slightly to around $58K.

Bitcoin looks set to remain in a necessary consolidation phase for some time with most investors wondering how far its price rise can go in the future.

After all, the price of Bitcoin was just a few cents in August 2010 when it was first listed in US dollars. The phenomenal increase in its price of +80,000,000% in a little over a decade leaves one wondering. For those who are still hesitant to take power over the fruits of their labor by buying Bitcoin, I’m going to present you the 4 possible scenarios for the price of Bitcoin in the future.

A way to show you the eventualities you should be prepared for.

Scenario 1: Bitcoin is a bubble. Its value eventually falls to zero

Opponents of Bitcoin have always said that it is a bubble. Some even call Bitcoin a Ponzi scheme. Others explain that Bitcoin is only used by people who want to launder money.

Many economists opposed to Bitcoin using the example of Tulip Mania.

Tulip Mania is the name given to the sudden craze for tulips in the northern Republic of the Seven United Provinces of the Netherlands in the mid-17th century. This led to an inordinate increase in the price of tulips from 1636 upwards, before a collapse in the price of the tulip bulb.

What tends to be called the Tulip Crisis in economic history occurred in mid-1637. At the height of Tulip Mania, in February 1637, promises to sell a tulip bulb were being negotiated for an amount equal to ten times the annual salary of a skilled artisan:

For these Bitcoin opponents, the story will end the same way with Bitcoin.

These opponents seem to forget that Tulip Mania really only lasted 18 months. As a reminder, the price of Bitcoin has been rising steadily for over twelve years now.

This scenario 1 seems clearly impossible to me. Never say never in life, but I can’t see Bitcoin following that path anymore. If bubbles can form in the Bitcoin world, it is only at the level of its price in a one-off manner as we saw at the end of 2017.

These speculative bubbles eventually burst, but Bitcoin always rises stronger like a phoenix. This will continue in the future.

Scenario 2: Bitcoin becomes the money of the Internet, but remains limited to technophiles

If Bitcoin is a monetary revolution, it is also a technological revolution. Bitcoin is the first successful implementation of P2P money. With his invention, Satoshi Nakamoto has achieved a feat that many thought impossible.

In a world where everything is going digital, Bitcoin has the potential to become the money of the Internet.

In this second scenario, Bitcoin will remain in the $100K to $300K price range but will be used primarily by a tech-savvy audience. The general public will never be able to switch to this digital currency because of its complexity.

This is where the work of democratizing Bitcoin by improving the user experience will prove essential in the years to come.

This scenario is possible of course, but I think that if Bitcoin continues to rise to $100K by the end of the year, I find it hard to see how the general public could continue to remain unmoved by this NgU technology. It’s Bitcoin’s best marketing tool to attract attention.

Besides, the upcoming rise of central bank digital currencies (CBDCs) will allow for the education of citizens in digital currencies by the governments themselves. These CBDC will be a kind of Trojan horse that will then promote Bitcoin.

Once educated in the use of digital currencies, citizens will probably sooner or later switch to the alternative that best serves their interests. This is, of course, Bitcoin.

So Bitcoin will eventually go beyond the technophiles.

Scenario 3: Bitcoin replaces gold as the reference store of value for the general public

If in the summer of 2020, the ounce of gold broke records by exceeding $2,000, the follow-up has been less favorable since then with a price that has stabilized between $1,700 and $1,800. At the same time, the price of Bitcoin has literally exploded.

In the face of great monetary inflation, a growing number of institutional investors and large companies have switched to Bitcoin. Bitcoin is a 2.0 version of gold that offers only advantages in a world where everything is going digital.

In February 2021, Bitcoin reached a market cap of over $1 trillion for the first time. This made many Bitcoin opponents realize that Bitcoin could very well reach the market cap of gold in the future.

For many, it is the emergence of Bitcoin that has prevented the price of gold from growing more than that since the beginning of the COVID-19 pandemic.

By replacing gold as the store of value of choice by the general public, the price of Bitcoin would be able to range from $300K to $1 million in my opinion. This scenario is more than likely for me. This is my certainty of course here, but everything leads me to believe that this will happen in the coming years.

If Bitcoin overtakes the market cap of gold, then everything will become possible later. The US dollar is a weak currency that is constantly being pointed at by America’s opponents, namely China and Russia.

Both countries have a vested interest in seeing the US dollar’s hegemony over the world come to an end in the future.

China, for example, will never be able to become the world’s first superpower with a US dollar as the world’s reserve currency. This gives an exorbitant privilege to Americans. Moreover, the entire monetary and financial system is in American hands.

It is no coincidence that China is pushing hard to develop its e-RMB for the future. Nevertheless, if the CBDC battle will take place, Bitcoin has already won the war for me.

People will opt for Bitcoin if they are forced to stop using cash for using CBDC instead. Bitcoin gives power back, while these CBDCs will be just another surveillance tool. The people do not want such a tool, despite Christine Lagarde, the president of the European Central Bank, who imagines that a digital euro is expected by the Europeans.

Since China will have a hard time imposing its e-RMB as the world’s reserve currency, it could look favorably on the rise of Bitcoin.

Bitcoin is non-political and neutral hard money. It belongs to everyone, which would allow all countries to compete on equal terms in the global system. In this scenario, the price of Bitcoin would rise phenomenally. Seeing its price rise above $10 million would no longer be a utopia.

We would be entering the era of the Bitcoin Standard.

Talking in Satoshi would become the norm, and the Lightning Network would have been adopted en masse by the general public. This mass adoption would make it possible to use Bitcoin for everyday payments around the world.

Of the four possible scenarios for the price of Bitcoin that I have just outlined, the first is already ruled out. Bitcoin is not a bubble. Those who keep telling you are lying to further their own interests.

Scenario 2 is already well underway, with Bitcoin’s price at $58K and it is already seen as ideal Internet money by many technophiles. Nevertheless, Bitcoin’s role as the best hedge in the face of the great monetary inflation we are experiencing has made people think far beyond the world of technophiles.

More and more people are realizing that Bitcoin has a very good chance of becoming the store of value of choice in the future. I do not doubt that Bitcoin will eventually surpass gold’s market cap in the next decade. No guarantees as always, but this is my feeling and would validate scenario 3.

For scenario 4, it is more difficult to say. It remains a possibility, but it is something that depends on world geopolitics and the cold war between the two giants that are the United States and China. So I won’t venture a prognosis.

Solana DeFi Exploiter Will Return “Bad Debt”… On One Condition

CNBC’s Jim Cramer Says Dogecoin Is a Security. Is He Right?