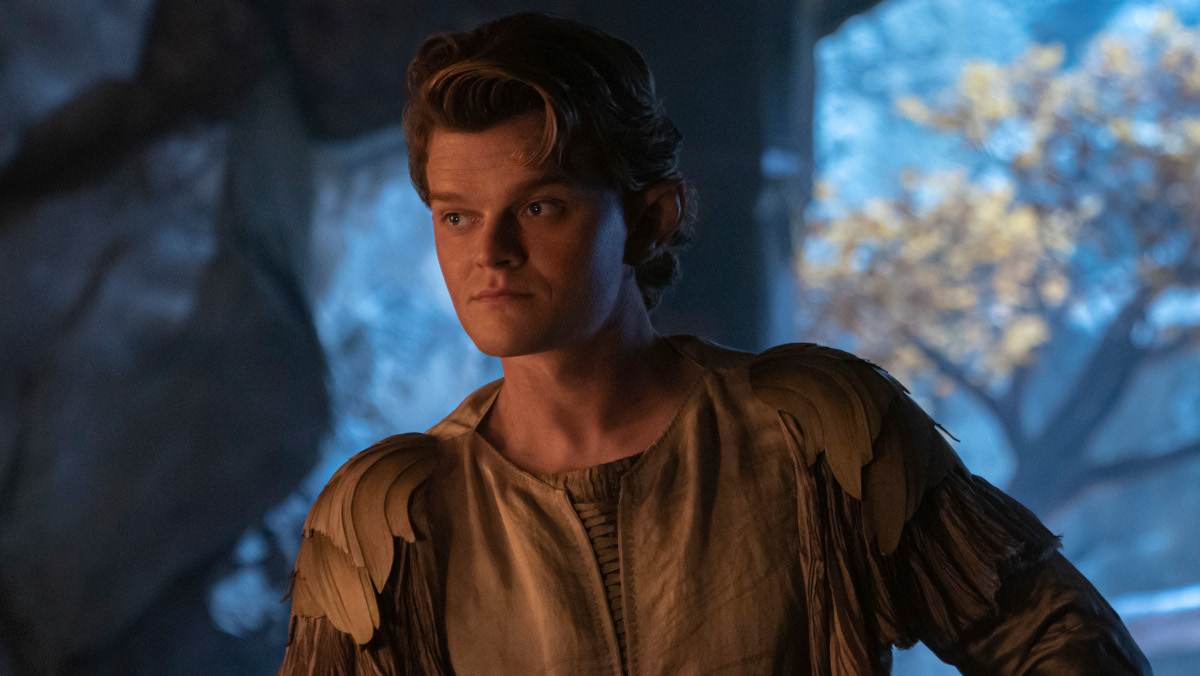 Like any familial relationship, the one between fathers and sons comes with complexities. In the latest episode of The Lord of the Rings: The Rings of Power, Elrond reflects upon his father’s legacy as he talks to his friend Durin. He wonders if his father, Eärendil, would feel proud of or disappointed in Elrond’s life so far. Elrond’s navel-gazing is understandable given Eärendil’s incredibly important role in the history of Middle-earth. And Elrond probably also thinks about how his twin brother Elros was the first king of Númenor and ruled for 410 years. Earendil, though? He literally became a star. But who is Earendil? Let’s take a look at the history of Elrond’s father.

The History of Elrond’s Father, Earendil

Simply put, Earendil, a half-elven mariner, helped save Middle-earth. The Dark Lord Morgoth and his evil forces threatened to overrun Middle-earth, and the Elves and Men couldn’t hold him back on their own. And though the Valar, the godlike beings of The Lord of the Rings’ universe, did not allow mortals on the shores of Valinor, their realm, the half-elvish Eärendil eventually found a way and traveled there with his wife, Elwing.

Eärendil Seeks Aid From the Valar in the Battle Against Morgoth

Elrond’s father built his ship, Vingilot, with the help of Círdan the Shipwright. His first voyages saw adventures aplenty as he sailed to look for his parents Tuor and Idril in Valinor. And Eärendil figured, while he was in Valinor, he would carry the message of Elves and Men to the Valar and ask for assistance for Middle-earth’s fight against Morgoth. This initial trip, which Eärendil made without Elwing, didn’t end as planned.

After a detour that saw Elwing briefly turn into a bird, Eärendil set back out for Valinor with Elwing (in half-elven form again). Elrond’s father wore a Silmaril, a brilliant jewel made from the essence of the light-giving trees of the Valar, bound across his brow. And its light shines like a beacon. The sons of Fëanor, the elf who made the Silmarils, pursued them, trying to get their hands on the Silmaril. Luckily, this time, Eärendil finally arrived on Valinor’s shores. (Even though he wasn’t technically allowed to). He asked the Valar for mercy upon Men and Elves, and the Valar agreed. 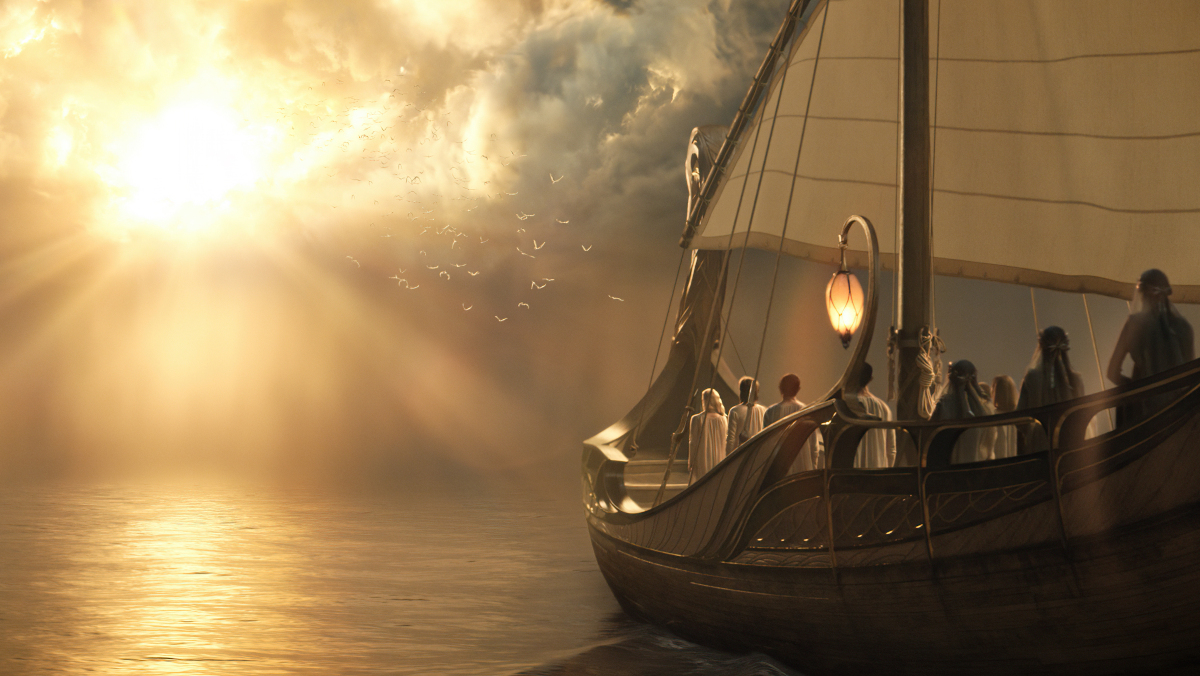 Additionally, they did not punish Earendil for coming to their shores. They gave Eärendil and Elwing the option to live their lives as immortal Elves or Men. Elwing chose Elves, and Eärendil deferred to her. Later, Elrond and Elros had to make the same choice as their father. Elrond chose to become an immortal elf, like his father. Meanwhile, Elros chose to become a mortal, and, as mentioned, became the first king of Númenor.

Elrond’s Father Is Honored for His Heroism

The Valar marched to Middle-earth at the behest of Eärendil, but not before they made some modifications to Vingilot. Manwë, king of the Valar, blessed the ship so Eärendil could sail the heavens. In the final battle against Morgoth, Eärendil took Vingilot into the fray and fought in the skies. He slayed Ancalagon the Black, Morgoth’s mightiest dragon. And so the War of Wrath ended. 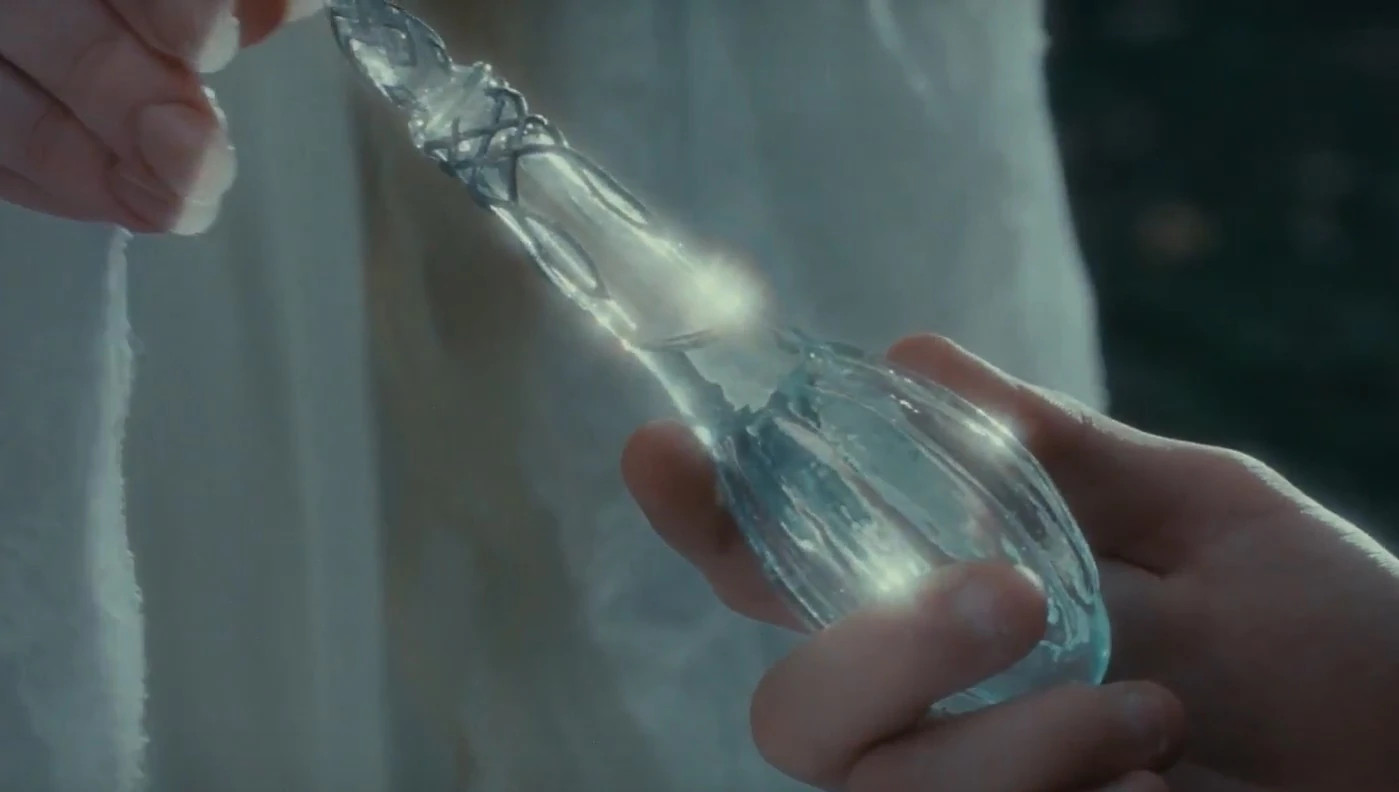 Then Earendil returned to sailing across the sky, guarding the walls of Arda or Middle-earth. The Silmaril shone so brightly that it became as the brightest star in the night skies. As Elrond shares of his father, “So great were his deeds, that the Valar lifted him beyond the bounds of this world, to forever carry the Evening Star across the sky.”

In the Third Age, it became the most beloved star of the Elves. When Galadriel gave the gift of a phial of light to Frodo Baggins, it contained the light of Eärendil. No wonder Elrond worries about living up to that legacy.

Amy Ratcliffe is the Editor-in-Chief for Nerdist and the author of Star Wars: Women of the Galaxy, The Art of Star Wars: Galaxy’s Edge, The Jedi Mind, and more. Follow her on Twitter and Instagram.