The New Defenders are Diving into The Second Cosmos 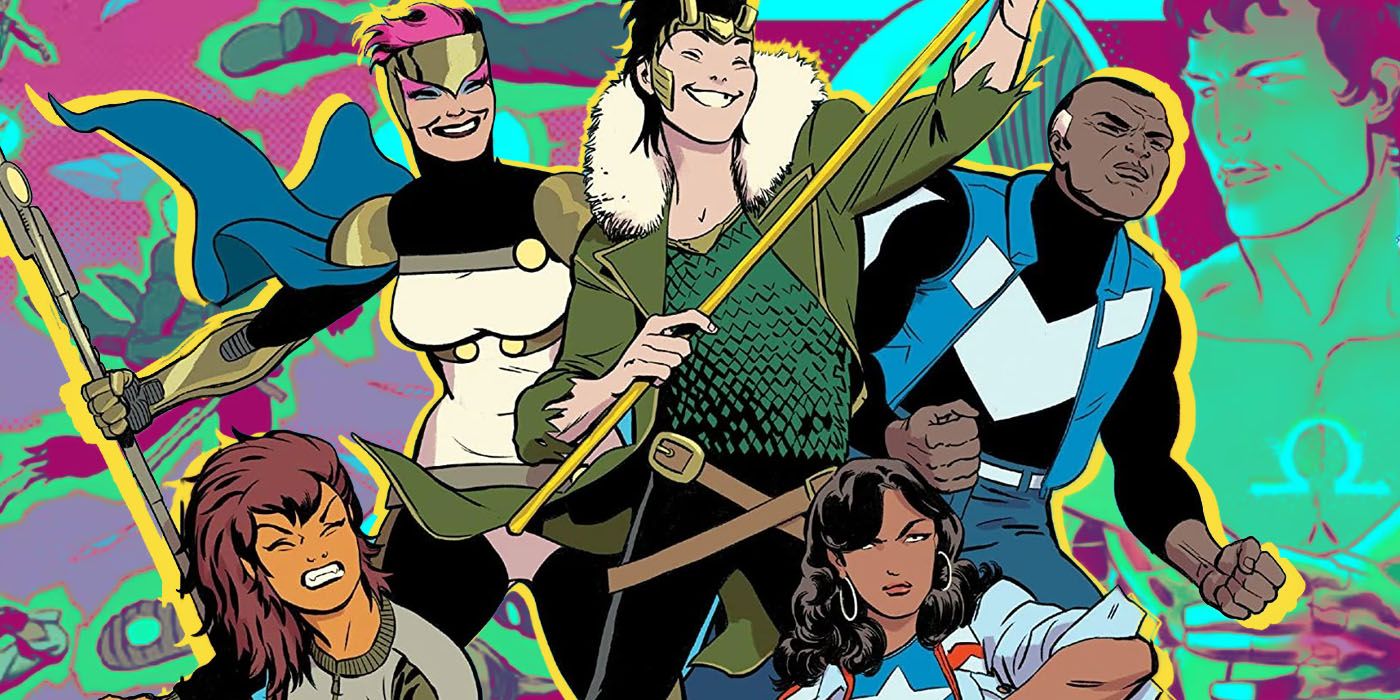 The following contains major spoilers for Defenders Beyond #1, available now from Marvel.

Of all the superteams across the Marvel Universe, the Defenders know more than any how horrifying even the most fantastical corners of reality can be. In fact, it was Doctor Strange’s last iteration of the team who were sent hurtling through the Multiverses to take on an enemy who was poised to rewrite nearly every history that has every been. Now that an even greater threat has arisen, the Defenders have once again been called on to save the Cosmos. This time, however, Doctor Strange isn’t around to lead them, nor is there anyone to tell them exactly what it is they’re in for.

Although Doctor Strange has died, Defenders Beyond #1 (by Al Ewing, Javier Rodriguez, and VC’s Joe Caramagna) sees the last vestige of him appear before Blue Marvel. Thanks to his last spell, Strange is able to call on Blue Marvel to lead the next Defenders. Try as he might, Blue Marvel cannot escape fate, nor can the other heroes who find themselves brought together when they are transported to meet Eternity. As the manifestation of the Marvel Universe explains, they are on their way towards its enemy. Unfortunately, that’s the only explanation they are given as to their current mission, and arriving before the Second Cosmos doesn’t make matters any more clear.

The Second Cosmos was first glimpsed in 2017’s Ultimates #6 by Al Ewing and Travel Foreman. Created from the shards of the First Firmament, the Second Cosmos stood as the second iteration of the Multiverse to exist. Its birth in the final moments of the Celestial War was the first of its kind, and with its own end the cycle continued on. The Second Cosmos set the precedent for all realities that have followed, but it would be called upon to return to push back the First Firmament alongside its successors.

As astounding as these stories were, they still imparted little knowledge of what the Second Cosmos was actually responsible for. When Doctor Strange’s last Defenders journeyed through the Cosmoses, they saw how the Sixth had created science, and how the Fifth was the progenitor of magic. The Second, on the other hand, has almost always been as much of an enigma as the Fourth Cosmos used to be. As the Fourth Cosmos’ secrets were revealed by the previous Defenders, it looks like the latest version of the team will be the ones to uncover the truth of the Second Cosmos. That is, assuming they can survive it long enough to do so.

It would appear that the Beyonder has either arrived in the Second Cosmos well ahead of the heroes, or that this was somehow where its story truly began. Though the Beyonders as they were once understood hailed from Beyond itself, a space outside the known Multiverse, it could be that the Second Cosmos was the origin of every part of their history. If not, then the Beyonder would have had to venture just as far as the Defenders to be able to greet them there, and there isn’t any good reason for it to do so.

When the Beyonder first appeared in 1984’s Marvel Super Heroes Secret Wars #1 by Jim Shooter and Michael Zeck, it was as the figure looming over every hero and villain it had brought to battle for its favor. This set the standard for nearly every appearance of the Beyonder, and it’s hard to imagine things will be different this time. Considering the Beyond has long been so powerful that it doesn’t concern itself with mortal concepts, the Defenders may have just stumbled into the Beyonder’s next big plot along with the origin of the Omega Force. With any luck, coming face to face with the Second Cosmos and the Beyonder will answer at least some of the heroes’ questions.