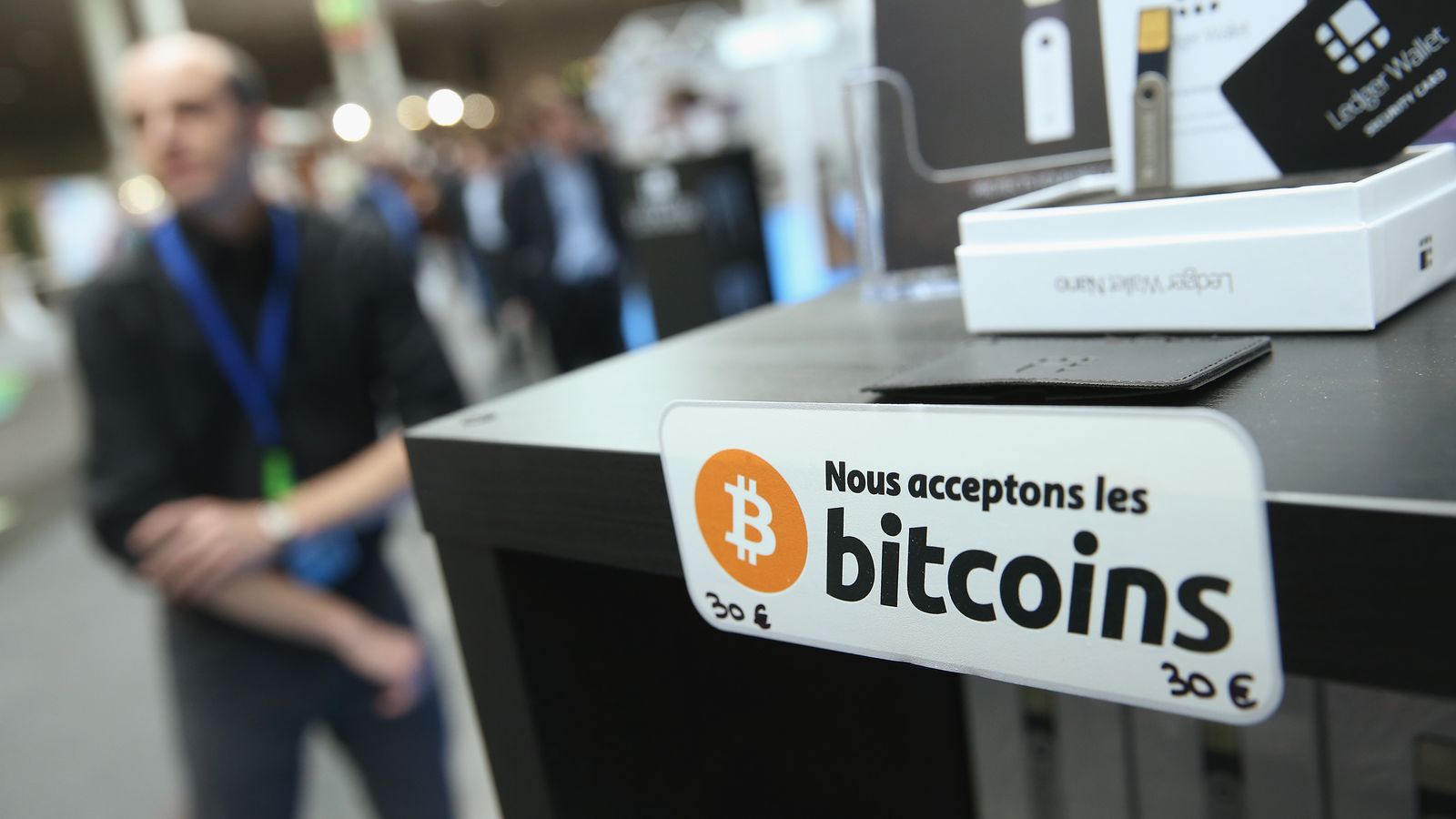 This is an excerpt from From Digital Gold: Bitcoin and the Inside Story of the Misfits and Millionaires Trying to Reinvent Money by Nathaniel Popper.

These days the technology known as Bitcoin is a hot topic among the digerati of Silicon Valley and barons of Wall Street. But years before Bitcoin was a global phenomenon and the subject of financial speculation, it was a piece of open-source software that was struggling to attract more than a handful of users.

In the spring of 2009, the Bitcoin software had been up and running for a few months since being launched by a shadowy creator named Satoshi Nakamoto. The software gave out free bitcoins to anyone who downloaded and ran the software, to encourage new participants, but almost no one seemed interested — after all, what would someone do with the free bitcoins?

Satoshi Nakamoto stuck around cryptography forums and an incipient Bitcoin message board, responding with excitement to anyone who expressed interest — but almost no one was there. It was, at this point, that the technology got its savior from an unlikely place: a small dorm room in Helsinki.

When Martti Malmi found Bitcoin in the spring of 2009, he was in his second year at the Helsinki University of Technology. Lanky, with birdlike features, Martti shied away from social contact. He was happiest in his room with his computer, writing code, which he had learned to do at age 12, or hammering away at enemies in online games, while listening to heavy metal music on headphones.

Martti’s reclusive, computer-centric life led him to the ideas behind Bitcoin, and ultimately to Bitcoin itself. The internet had allowed a teenage Martti to discover and explore political ideas that were far from the Finnish social democratic consensus. He began following the ideas of the libertarian economists, which encouraged people to create their own destiny, aligned with Martti’s lone-wolf approach to life. Who needs the state when you have talent and ideas?

During his college years, Martti had become fascinated by the rise in Scandinavia of the Pirate Party, which promoted technology over political engagement as the way to move society. Napster and other music-sharing services hadn’t waited for politics to reform copyright law; they forced the world to change. As Martti pondered these ideas, he began wondering whether money might be the next thing vulnerable to technological disruption. After a brief spasm of random web searches, Martti had found his way to the primitive website at Bitcoin.org.

In his first email to Satoshi Nakamoto, in May 2009, Martti had offered his services:

“I would like to help with Bitcoin, if there’s something I can do,” he wrote.

Before reaching out to Satoshi, Martti had written about Bitcoin on anti-state.org, a forum dedicated to the possibility of an anarchist society organized only by the market. Using the screen name Trickster, Martti gave a brief description of the Bitcoin idea and asked for thoughts:

“What do you think about this? I’m really excited about the thought of something practical that could truly bring us closer to freedom in our lifetime :-)”

Martti included a link to this post in his first email to Satoshi, and Satoshi quickly read it and responded.

“Your understanding of Bitcoin is spot on,” Satoshi wrote back.

A primer to explain Bitcoin to the world

Satoshi quickly gave Martti practical suggestions for how he could help the project. The most important was the simplest: to leave his computer on with the Bitcoin program running. Five months after Bitcoin was launched, it was still not possible to trust that someone somewhere was running the Bitcoin program.

As to the more complicated programming needs, Satoshi told Martti that there was “not much that’s easy right now.” But, Satoshi added, the Bitcoin website did need introductory material for beginners and Martti seemed like the right person for the job.

“My writing is not that great — I am a much better coder,” Satoshi wrote, encouraging Martti to try his hand.

Two days later, Martti proved Satoshi right by sending a lengthy but accessible document addressing seven basic questions, ready to be posted on the Bitcoin website. Martti provided straightforward, if occasionally stilted, answers to questions like, “Is Bitcoin safe?” and “Why should I use Bitcoin?”

Satoshi liked the document so much that Martti was quickly given full credentials for the Bitcoin website, allowing him to make any improvements he wanted.

Within a few weeks of his initial exchanges with Satoshi, Martti had totally revamped the Bitcoin website.

The onslaught of new users was slow to arrive, however. A few dozen people downloaded the Bitcoin program in June, to add to the few hundred who had downloaded it since its original release. Most had tried it once and then turned it off.

But Martti kept at it. After releasing the new website, Martti turned to the software’s actual underlying code. He did not know C++, the programming language that Satoshi had written Bitcoin in, so Martti began teaching himself.

Martti had time for all of this because he failed to land a summer programming job — a failure that gave Bitcoin a much needed boost over the next few months. Martti got a part-time job through a temp agency, but he would spend many of his days and nights at the university computer lab and find himself emerging at dawn. He and Satoshi communicated regularly and fell into an easy rapport.

While Satoshi never discussed anything personal in these emails, he would banter with Martti about little things. In one email, Satoshi pointed to a recent exchange on the Bitcoin email list in which a user referred to bitcoin as a “cryptocurrency,” a neologism inspired by the cryptographic functions that made it run.

“Maybe it’s a word we should use when describing bitcoin. Do you like it?” Satoshi asked.

They also batted potential improvements to the software back and forth. Martti proposed making Bitcoin launch automatically when someone turned on a computer, an easy way to get more nodes on the network.

New strategies for expanding the network of miners

Satoshi loved it: “Now that I think about it, you’ve put your finger on the most important missing feature right now that would make an order of magnitude difference in the number of nodes.”

Despite Martti’s relative lack of programming experience, Satoshi gave him full permission to make changes to the core Bitcoin software on the server where it was stored—something that, to this point, only Satoshi could do. Starting in August, the log of changes to the software showed that Martti was now the main actor. When the next version of Bitcoin, 0.2, was released, Satoshi gave credit for most of the improvements to Martti.

At about the same time, Martti set up an online forum where the small but growing group of people attracted to the technology could communicate.

Martti was given credit for improvements to Bitcoin itself

The Bitcoin forum went online in the fall of 2009 and soon attracted a few regulars. One of them, who called himself NewLibertyStandard, talked about the need for a website where people could buy and sell bitcoins for real money. Martti had been talking with Satoshi about something similar, but he was eager to help NewLibertyStandard. In the very first recorded transaction of bitcoin for United States dollars, Martti sent NewLibertyStandard 5,050 bitcoins to use for seeding the new exchange. In return, Martti got $5.02 by PayPal.

It would still be almost a year before Bitcoin would attract even a moderate following, but Martti Malmi had already proven that bitcoins could be worth real money, and he would help it prove that it could do much more than that. The cryptocurrency has now spawned hundreds of startups, raked in hundreds of millions in venture funding, and made its way from an outsider idea to the boardrooms of nearly every major bank and stock exchange in the world. Martti has continued to be interested in disruptive finance; he now works for MONI, a stealth startup building a bridge between the old and new worlds of financial services. And those bitcoins for which Martti received $5.02? They would be worth roughly $1,196,850 today.

This is an excerpt from From Digital Gold: Bitcoin and the Inside Story of the Misfits and Millionaires Trying to Reinvent Money by Nathaniel Popper Copyright © 2015 by Nathaniel Popper. Reprinted courtesy of Harper, an imprint of HarperCollins Publishers. It has been edited for clarity and context.