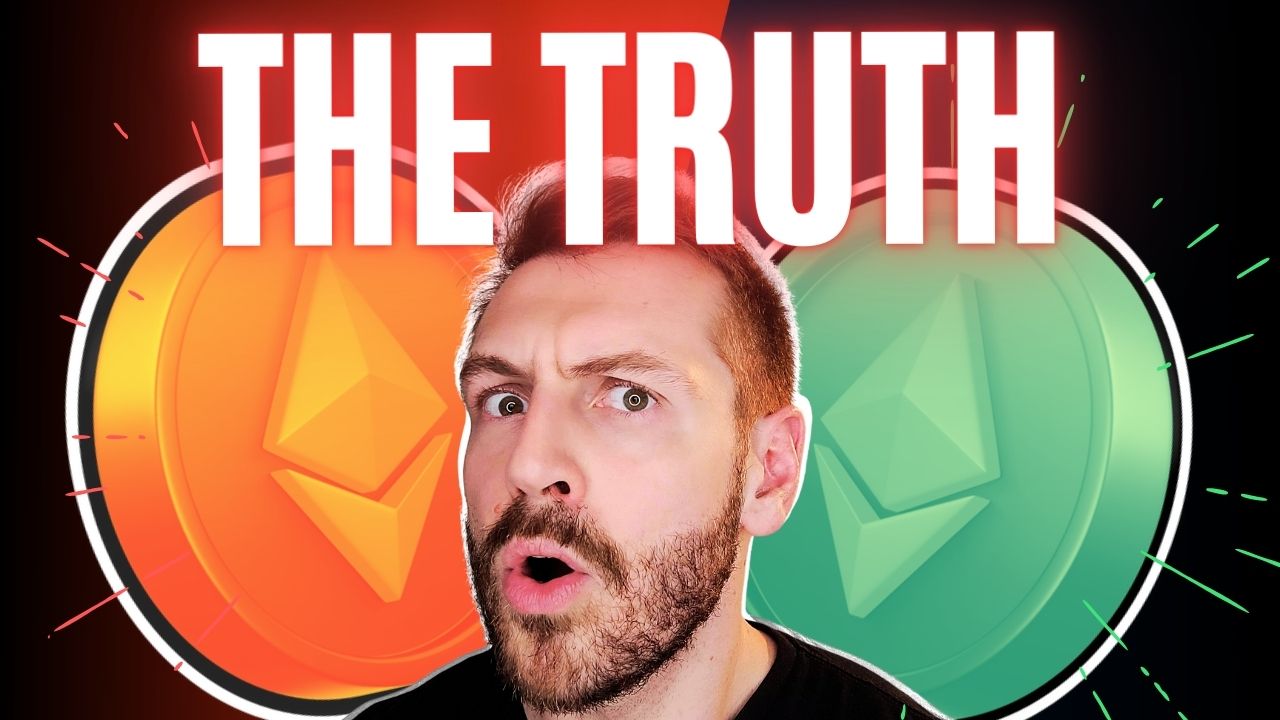 Crypto media likes using big words like “Ethereum Killer” and why not after all that sells well. And we are guilty of doing that too. There is a long list of “Ethereum Killer projects”. That includes big names such as Solana, Avalanche, Fantom, Polygon, Polkadot, Cardano, and more.

All offer solutions to the same Ethereum problems: low processing capacity, limited scalability, and high fees. But winning over Ethereum requires both higher volume, TVL, and adoption – and better infrastructure. ETH 2.0 is on its way. This will be the ultimate test for all these media labeled “Ethereum Killers”.

But the constant delays have dampened the spirits. So, where does Ethereum stand right now? Is it fundamentally strong enough to stay afloat in this bear market? Let’s first find out about Ethereum’s problems.

How much we may like Ethereum, unfortunately, it also has its issues. The use of DeFi and NFTs went ballistic in 2021. Transaction numbers went through the roof. However, this also caused a few negative side effects. So, let’s look at them first.

Can you refund my successful transaction too? pic.twitter.com/u0r3pjrEt6

But, remember, there are no problems, there are only solutions. So, let’s take a look at them, and see if they work.

The ETH 2.0 merge should take care of many of these issues. This is the change from PoW to PoS. However, this change seems endlessly delayed. Now, once again, it’s related until late 2022 or early 2023. As a result, we see two major things happening.

Furthermore, here is another interesting development. Other projects see not only an increase in users but also in developers. After Ethereum, we see Polkadot, Cosmos, and Solana with the most developers. Cosmos, Solana, and Near saw their number of developers triple.

Another argument against the merge is that only 0.1% of ETH users own a grand total of 95% of all Ether. In other words, 0.1% of ETH holders are in charge of integrity and validate all transactions. You wouldn’t call this a school sample of decentralization.

Moreover, the ETH merge is the last step before ETH rolls out sharding. This should happen in early 2023. According to Vitalik, this should give 4x more capacity to the ETH blockchain.

Then, sharding should also solve the blockchain trilemma. Or, as Vitalik calls it, the scalability trilemma. Initially, Ethereum scheduled sharding before the merge. This was to improve scalability. However, because of the L2 boom, now they focus first on the PoW to PoS change.

What Is the Current Situation of Ethereum?

The current situation of EThereum is still looking good. There is no imminent need to start selling off your Ether. So, 2021 saw an incredible surge in both DeFi and NFTs trading activity. Most of this happened on Ethereum.

However, according to DeFillama, in Q1-2022, DeFi took a hit and saw a one-year low. Nonetheless, Ethereum is still the absolute King of DeFi. TVL is at $71 billion, which is 64% of all TVL in DeFi. The BNB Chain, currently the 2nd biggest TVL, is at $9 billion of ETH. Things shifted around drastically after Terra fell away.

On the other hand, NFTs trades and transactions keep going up. 153% compared to Q1-2021. ETH keeps going steady, it’s mostly Avalanche and Solana who see the biggest growth.

Another section that keeps growing in 2022 is the metaverse. Most of the metaverse projects are on Ethereum. The current top 3 are on ETH: Axie, Decentraland, and The Sandbox. The last week of April saw some uproar and debate over ETH’s treasury. This closes in on $1.6 billion, which is a lot of money.

However, almost 20% or $300 million of the Ethereum Foundation (EF) invested in fiat. Or at least in non-crypto investments. The EF brought this out in their recent annual report. Therefore, this upset quite a few people. They argued that ETH should only invest in crypto. On the other hand, plenty of pundits thought it is a wise move to have a diverse portfolio. Let us know what you think in the comments.

Now that we mentioned the annual report, we might as well have a look at it. And to take the edge off, this looks rather good. But, what do you expect, it is coming straight from the source, published by the source. Nonetheless, here we go. Each time, numbers compare between Q1-21 and Q1-22.

Inside the Ethereum ecosystem, we see stablecoins rising. The circulating supply went up by 188% and is now above $161 billion. Most notably, the algorithmic stablecoins did well. Like FRAX. However, with the UST crisis, other stablecoins took the lead. Like USDT and USDC. So, although the market is not strong at the moment, there is no mass exodus from the Ethereum economy.

Another worthwhile mention is the Curve wars. Primary stablecoin DAOs battle it out to increase their liquidity on Curve. There was $89.2 million on the table from DAOs to bribe CVX holders. The yield on these bribes was 40+%. As a result, other protocols like Yearn, Balancer, and others, set up similar modules.

Another important update is the Ropsten testnet planned for June 8. The network is closing in on its final merge. 5 Although the Merge should happen in August, Vitalik also helps options open for September and October. Old soldiers, but in this case, more importantly, old habits never seem to die! Postponing is like second nature by now.

#Ethereum Ropsten testnet planned for June 8 marks “huge milestone”#Ethereum will certainly be the most intriguing token to watch, particularly as this network approaches its final merge.

⚡ Let’s take a look at notable projects this week. pic.twitter.com/jgd0oYDHvb

Where Is Ether Heading?

There is much speculation about where the price of Ether is heading. Last year saw a 7x price increase to an ATH of $4,843. However, since then, Ether finds itself in more choppy waters.

A lot of the price direction will depend on how fast the merge will happen. Obviously, followed by sharding. Further delays will potentially not do much good for the price development.

Other L1 chains may gain more ground on Ethereum. Although they have their issues as well. For example, on May 1st, Solana was down for 7 hrs straight.

Validator operators successfully completed a cluster restart of Mainnet Beta at 3:00 AM UTC, following a roughly 7 hour outage after the network failed to reach consensus.

Network operators at dapps will continue to restore client services over the next several hours. https://t.co/ezqEYQYKWl

If you remember our video on Polygon’s the Good, the Bad, and the Ugly, they have their share of issues as well. Going from PoW to PoS may also see a change in Ether going from inflationary to deflationary. This will only cement the need to keep hold of your Ether in the long run.

What we don’t know is the possible impact that a bear market may have on the Merge. Or on investors, for that matter. The current ETH price of around $2,000 is not giving hopeful signals for an immediate price increase. Something many pundits expected with the Merge. Now that the merge might happen in a bear market, it may change perspective.

On the other hand, the merge will have a positive impact. Being forged under difficult and testing circumstances may make it only stronger.

Still, long-term predictions are positive. Bloomberg analyst Mike McGlone mentions $4,000 at the end of 2022. On the other hand, Standard Chartered projects a long-term value ranging between $26,000 and $35,000. By 2030 we could even see $74,965. Who to believe? In short, though, the long-term projection for Ether is rather positive.

The moment of truth seems to be near for Ethereum. It’s important to have the merge live and sort out the gas fee and network congestion issues. The longer they wait with this, the more ground other L1 chains can make up. After that, rolling out the sharding should be without further delays.

Ethereum is still a powerhouse, and the chances for this project to evaporate overnight are slim. However, that’s what we also thought about the Berlin Wall when that came tumbling down. These things can go fast. Just look at the LUNA/UST collapse. That didn’t take long.

Having said that, the foundation under Ethereum is still solid. The numbers in the 2021-year report look good. They do give reason to be optimistic. It’s essential for Vitalik and his team to stay on the ball. One way or the other, it seems that 2022 will be an important year that may decide Ethereum’s future.

Find the most undervalued gems, up-to-date research and NFT buys with Altcoin Buzz Access. Join us for $99 per month now.