The world’s first Crypto building with a Bitcoin mining farm 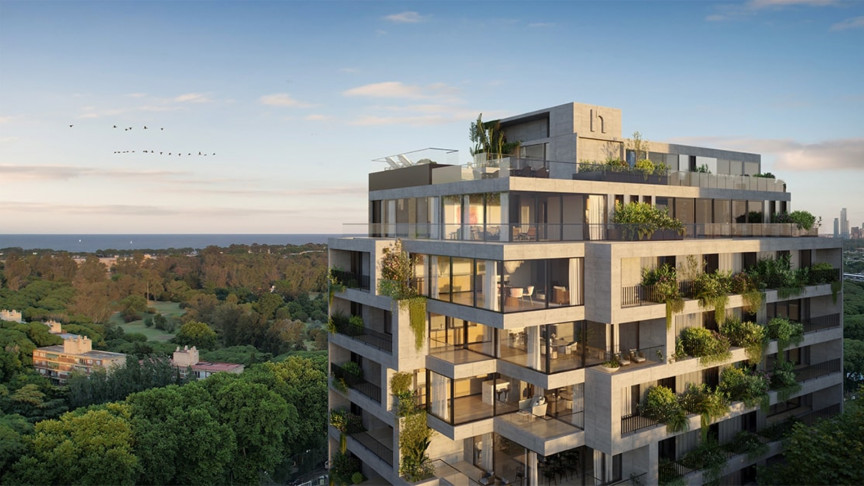 We can’t deny that we are in the middle of a “crypto wave.” Cryptocurrencies have paved the way for crypto games and crypto art, and now, we might even have a “crypto building.” At least that’s how a real estate project in Argentina, Next Pampa 2.0, has been referred to in some media. But what is a crypto building?

In this case, it can be described as a 24-floor “smart” building with a Bitcoin mining farm in its basement, the objective of which is to generate an income for the building’s operations, allowing it to cover the cost of the edifice’s maintenance and upkeep—and savings its residents the costs of having to do so themselves. The building will also display different pieces of NFT art as decoration in its lobby. These NFT art pieces will belong to members of the committee and homeowners.

Argentina’s crypto building will be located in Belgrano, an exclusive neighborhood in the capital city of Buenos NexAires. It has already been pre-launched, although actual construction is not slated to not start until the second quarter of 2022. It’s been reported that the building will have more than 100 apartments, with either 2, 3, or 4 bedrooms, and many of They have already been pre-sold, with prices of around US$ 2,500 dollars per square meter (about US$ 120,000 dollars for a 2-bedroom apartment).

But taking into account that Bitcoin mining profitability varies along with the cryptocurrency’s value (and Bitcoin is actually in the middle of a slump right now), as well as the cost of energy, will living in a “crypto building” really be as cost-effective as its developers intend?

Next Pampa 2.0 was created by Newlink Capital, an investment group in Argentina that owns Landium, the real estate agency that is commercializing what’s been called the first “crypto building” in the world.

Damian Lopo, Newlink Capital’s founder and Next Pampa 2.0’s main project developer, explained that the firm is well aware of Bitcoin’s volatility. To deal with this, the plan is to calculate an average price for the Bitcoin over the last 12 months and use that average price to scale the mining farm in a way that theoretically will allow the mining operation to cover 100% of the cost of the building’s expenses. 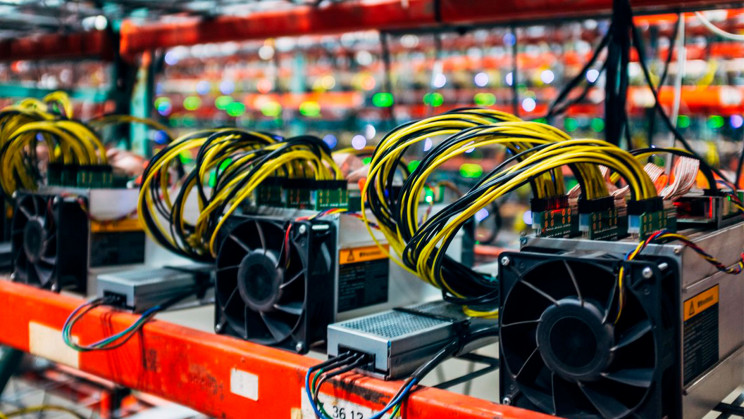 But in practice, the Bitcoin’s price is likely to keep fluctuating long after the mining farm has been set up. According to Damián Lopo, the best-case scenario is that Bitcoin’s price rises to values ​​that produce a surplus. The surplus could then be distributed among the residents; the crypto building could end up “paying residents” for living in it. “It’s a way of giving back to our customers,” said David Farías, Landium’s CEO, to CryptoPress.

For Damián Lopo, the worst outcomes are that 1) Bitcoin’s price crashes so much that it isn’t possible for Next Pampa 2.0’s mining farm to sustain the building’s own maintenance; and 2) Bitcoin crypto mining gets banned in Argentina.

According to a 2021 report by The Law Library of Congress, Bitcoin crypto mining is prohibited in China, Nepal, Morocco, Iraq, Bangladesh, Egypt, Qatar, and Tunisia. The bank of Russia proposed a ban in January 2022, and Sweden called for one within the EU last year. Both countries had energy concerns that have not been solved as Bitcoin hasn’t made the transition from proof-of-work to proof-of-stake—an alternative that uses fewer resources. 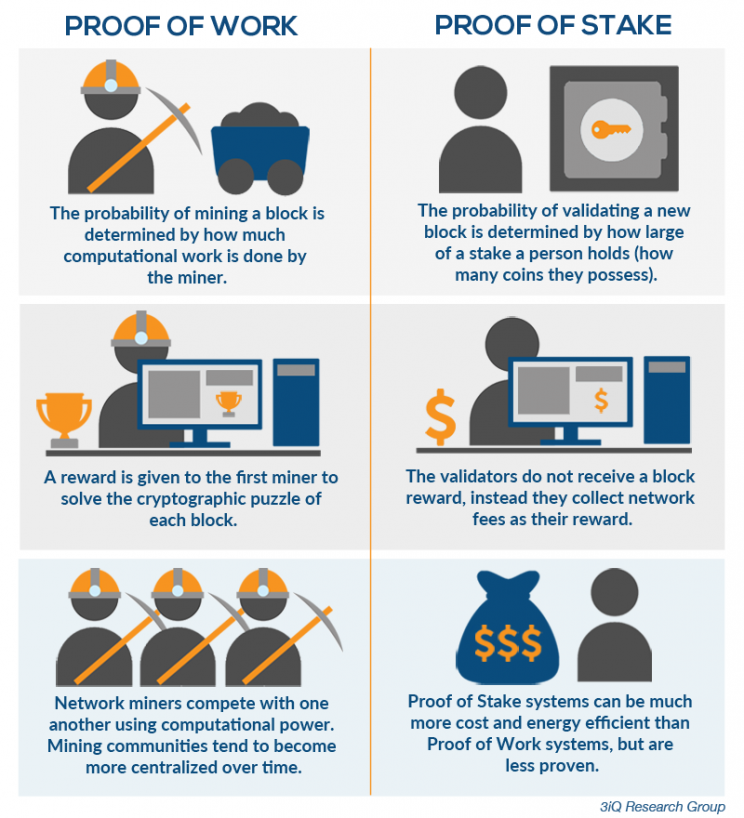 In Argentina, energy is relatively cheap, and only financial institutions are banned from operating with cryptocurrencies, because of the “the risks associated with operations with these assets.” There are currently no laws regarding crypto mining, but Damián Lopo doesn’t rule out that possibility.

For the crypto building, both a crash in the Bitcoin’s price and a prohibition of Bitcoin mining means that it wouldn’t be able to cover its own expenses as planned. But in that case, Next Pampa 2.0 will have an ace up the sleeve: clean energy.

Although electricity in Argentina is already considered inexpensive Because it is heavily subsidized (which led to a major boom in Bitcoin mining in the country), the nation can benefit economically from renewable energies, too. 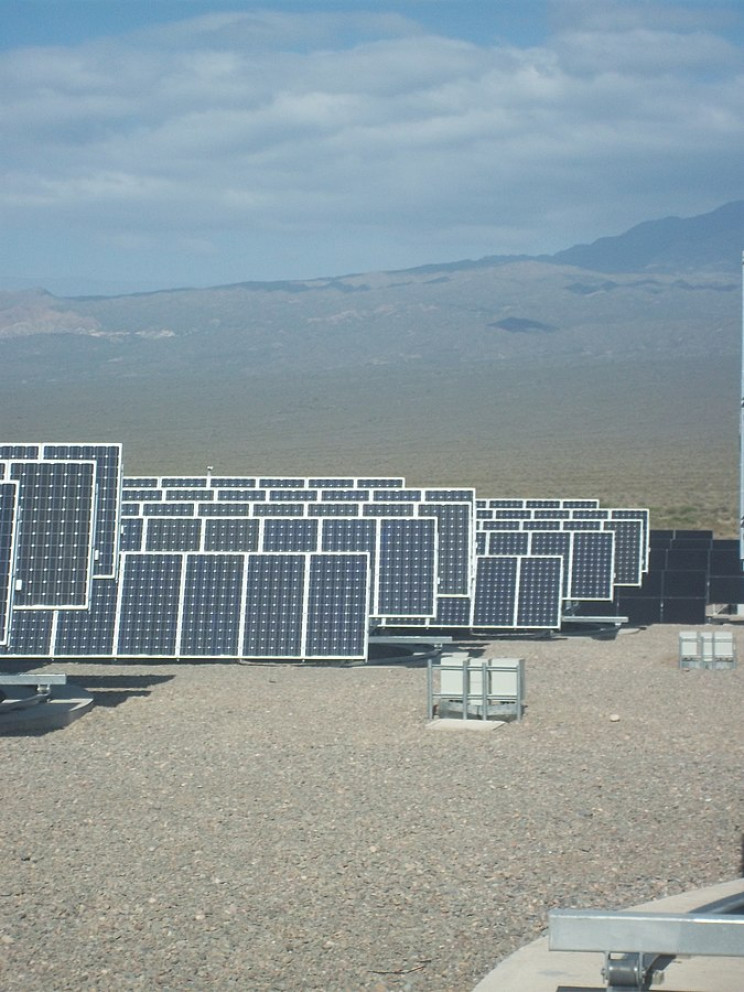 Renewable energies are also cheaper than fossil fuels for individual Argentinians. According to Statista, household electricity in the South American country cost an average of 76.24 USD/MWh in 2020, while the average price of the megawatt per hour of solar power ranged from 54 USD to 60 USD.

This is why Damián Lopo expects Next Pampa 2.0’s expenses to be up to 50% lower — as the building will be powered by solar panels in its totality, from LED lights in common spaces to pre-heating systems to heat the water that residents will use. An option that is also more sustainable than grid electricity, especially taking into account that Argentina has recently begun charging crypto miners much higher, industrial use, rates for their energy, rather than the highly subsidized residential rates.

Both the solar equipment and the Bitcoin mining farm will need maintenance at some point. Solar panels might only need to be cleaned every now and then and/or checked in at an annual inspection.

But Bitcoin mining rigs can become more than dirty; they can become obsolete as technology changes all the time (and they can actually produce a lot of waste). 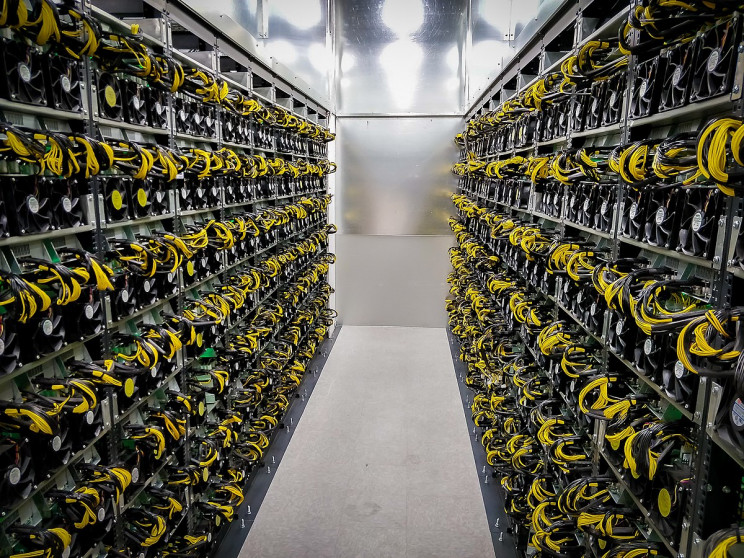 Damián Lopo explains that Argentina’s crypto building will have to work with a specialized company to take care of the mining equipment’s maintenance and upgrades as needed. He expects that decisions on this matter will be taken as any other building committee’s decision.

Thinking about moving to Argentina’s crypto building? Looks like you’ll have to learn more about the crypto world in order to be able to participate in those building committee meetings.