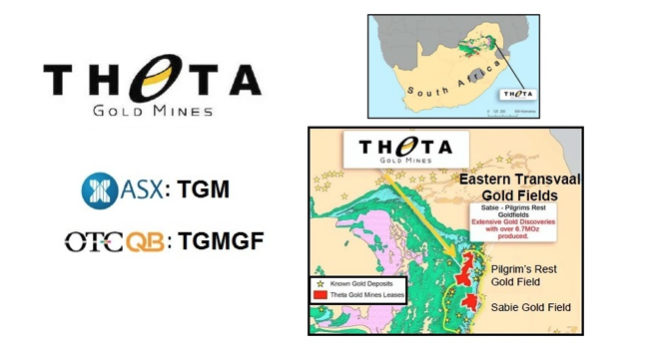 Theta Gold Mines (OTC:TGMGF) (ASX:TGM) is a junior mining company on the verge of transitioning from a junior exploration company to a gold producer. By targeting high-grade, near-surface gold reef deposits in the brownfield Pilgrims Rest and Sabie Gold Fields in South Africa, management plans to Employ modern mining and gold processing techniques to produce over 350,000 oz. Au through the initial development of three near-surface mines (Beta, Frankfort and CDM) of the 43 historical mines held by the company situated in the Eastern Transvaal Gold Fields. Furthermore, through multiple exploration campaigns, the company’s Total Mineral Resource has increased by over 100% over the last four years. 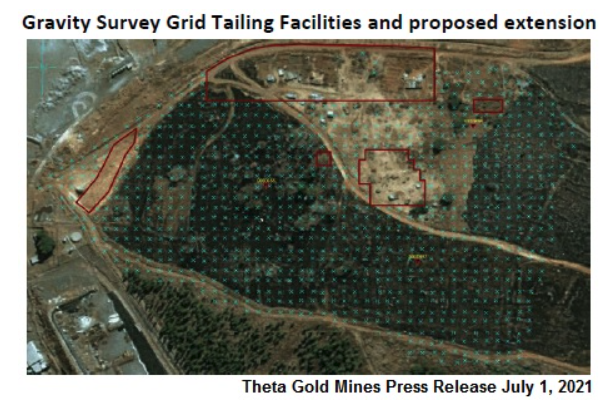 Surface Sampling at the Tailings Dam of the Rietfontein Mine 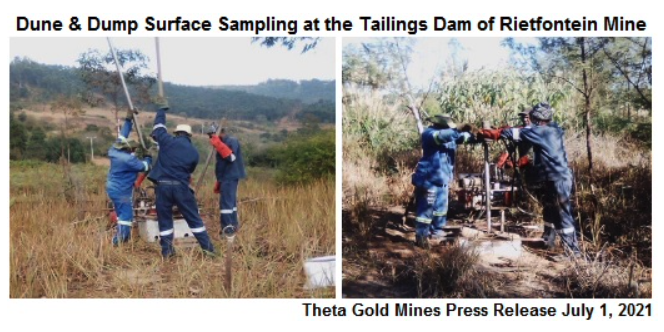 Survey of Southern Section of the Beta Mine

the southern section of the Beta Mine what surveyed. Certain markers were identified, which will allow current mines plans to be spatially superimposed on historical mine maps and prior sampling information. Contemporary confirmation sampling of historical samples would allow those historic stope samples to be included in future resource estimates. Currently, the southern section of Beta Mine is in the company’s resource estimate.

Management is working on refurbishing the historic gold processing facility. Management plans on decommissioning certain components, salvaging others and installing new equipment in its effort to construct a new gold processing plant on the already-approved plant & tailings facility footprint.

Crypto Week at a Glance: The volatility of crypto and the…

The absorption and CIL tanks have been pumped out and cleaned for inspection. During the third quarter, a structural engineer will conduct an assessment of these tanks in terms of stability and thickness in order to determine whether they can be re-conditioned.

The purchase inquiries of long-lead-time, crushing circuit and pre-concentration equipment have been confirmed; however, additional metallurgical optimization work is required in order to determine the final process design, particularly in terms of carbon float recoveries.

A Maiden Underground Mining Reserve other Pre-Feasibility Study (PFS) for the near-surface, underground Beta, Frankfort and CDM (Clewer, Dukes & Morgenzon) mines were released in mid-April. The work for the completion of the PFS contributed to a significant increase in the company’s Ore Mine Reserve. In addition, the company’s Total mineral resources (Measured, Indicated, and Inferred) has increased to 6.105 million oz Au.

TBA PFS on the Rietfontein mine, upgrading the scoping study

Management is planning a Pre-Feasibility Study on the Rietfontein Mine, building on the Scoping Study completed in February 2017 and revised in September 2018. Currently, the estimated Mineral Resources at the Rietfontein Mine are 242,200 oz gold (grading 8.2 g/t Au) in the Indicated category and 537,600 oz gold (grading 14.0 g /t Au) in the Inferred category. As with the Beta, Frankfort and CDM Mines, management believes that a significant percentage of the Indicated Resource can be upgraded to Reserve status. It is expected that the PFS would be additive to Theta’s Mining Reserve and hence, would further increase the company’s potential production profile.

SUBSCRIBE TO ZACKS SMALL CAP RESEARCH to receive our articles and reports emailed directly to you each morning. Please visit our website for additional information on Zack’s SCR.

DISCLOSURE: Zacks SCR has received compensation from the issuer directly, from an investment manager, or from an investor relations consulting firm, engaged by the issuer, for providing research coverage for a period of no less than one year. Research articles, as seen here, are part of the service Zacks provides and Zacks receives quarterly payments totaling a maximum fee of $40,000 annually for these services. Full Disclaimer HERE.