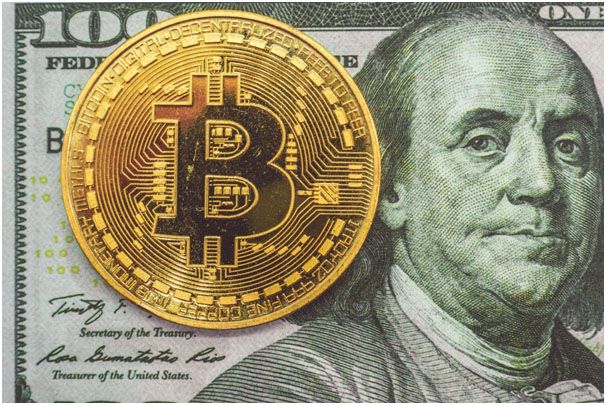 Since the inception of Bitcoin, many developers have jumped into the crypto ecosystem. Many coins have also jumped up. While some tokens underperform, others feature average performance, and some tokens do exceedingly good.

With different growth rates, it can be easy to ignore some of the coins on the market. As an investor, you need to accrue only top-performing coins. Yes, you need a diversified portfolio of good tokens which can perform well in the long run.

There are many coins with a high growth potential that many ignore, those being NEO, EnJin Coin (ENJ), and Mushe (XMU). Let’s look at these top 3 underrated crypto coins.

NEO is an open-source blockchain platform that allows developers to build and manage contracts.

With NEO, developers can manage and automate assets on smart contracts. Participants can also do domain names and manage decentralized applications and native oracles.

the blockchain was created in 2014 and launched via mainnet in 2016. Currently, NEO is shifting from mainnet to N3. N3 is also known as NEO version 3.

It is important to note that NEO is one of the earliest crypto tokens to adopt dual tokens. It has a governance token and a gas fee tokens – NEO.

Users can vote for the NEO consensus nodes with their tokens. the tokens is also used as a gas fee for processing transactions in the blockchain platform. One unique feature of the NEO token is that the minimum token is one, and it is non-divisible.

NEO gas tokens are distributed to hodlers, successful voters, and consensus nodes. They receive 10%, 80% and 10%, respectively.

For instance, if a hodler holds 500 NEO tokens, you receive 0.44 NEO gas tokens per month. Interestingly, you need not stake your tokens as there is a claim feature on many wallets.

Like NEO, Enjin coin (ENJ) is one underrated token in the crypto world. The Enjin coin is one of the two tokens of the Enjin Platform. With the Enjin token, users can participate in the Enjin ecosystem.

The token is an Ethereum coin that backs the value of NFTs and other fungibles.

Realme GT Neo 3 launch date announced in India; will be…

The coin is set to erupt into the crypto market and outperform itself. Its diverse use case guarantees the constant demand for the token.

Enjin coin (ENJ) is powering the Enjin Exchange. Users can melt their NFTs to Enjin tokens and vice versa. With each melt, supply decreases while demand for the NFTs increases. Thereby increasing the price.

Creating authentic non-fungible tokens is now easier with Enjin coins. The platform allows users to develop intriguing arts and other collectables. From real estate to music, from digital to physical. Tokenize your assets and create authenticity with the Enjin token.

As long as the NFT space continually grows, the Enjin coin (ENJ) space is expected to grow exponentially.

Mush (XMU) is a crypto platform with outstanding functionalities. On Mushe, users can chat, play games, bank, interact with the metaverse, buy art and do a ton of other things.

the Mush (XMU) platform can be likened to a small ecosystem.

XMU is the unique tokens of Mushe World. With this token, participants can engage seamlessly with this platform.

Currently, the platform is built on the Ethereum blockchain. Ethereum is costly and attracts expensive transaction fees. Nonetheless, there are written plans to scale to the Stellar Blockchain.

Mushe World was created to empower an average crypto enthusiast. The developers have designed many features to support their vision. Users can utilize the Mushe Wallet, Mushe Chat, Decentralized Finance, MusheVerse, Metaverse banking, and NFT platforms.

These utilities can create massive adoption of Mush (XMU).

With this, early hodlers can earn incredible returns as the coin grows. Interestingly, the coin is in the pre-sales stage. Check out their website to participate.

How to Buy Bitcoin Malaysia in June 2022