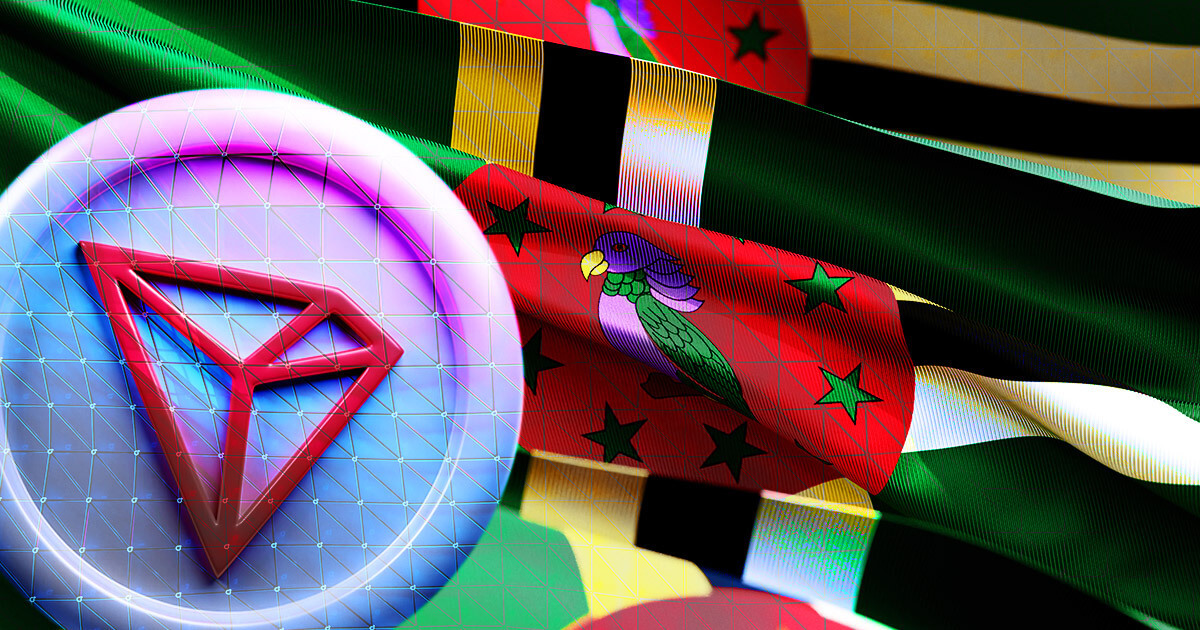 Leading blockchain network Tron has inked an agreement with the government of Dominica to make Tron-native tokens authorized digital currency in the Caribbean Island.

Tron founder Justin Sun shared the milestone on Oct. 12, stating that Tron tokens, including TRX, BTT, JST, NFT, USDD, USDT, and TUSD, are accepted as a medium of exchange in Dominica.

According to the government’s crypto ordinance, Tron now has a legal status as a legal tender in the nation.

The government added that the exchange rate between Tron crypto and the East Caribbean Dollar (XCD) will be freely determined by the market, and transactions between the two assets will be free from capital gain tax.

As part of the government of Dominica’s effort to integrate blockchain innovation into its economy, Tron will issue a fan token dubbed “Dominica Coin.”

Dominica coin (DM) will be issued as a fan token on the Tron network to promote Dominica’s natural heritage and tourist attractions.

Dominica’s Prime Minister Roosevelt Skerrit said that the move will help the nation build a more inclusive and diversified economy.

“The open and cost-effective nature of the TRON blockchain infrastructure will play a vital role to better integrate small island developing states like Dominica into the global economy in the future.”

Justin Sun and crypto adoption in the Caribbean

The end of 2021 saw Justin Sun quit his role as CEO of Tron Foundation to promote crypto adoption in developing nations starting from the Caribbean.

Justin Sun became Grenada’s ambassador to the World Trade Organization in Dec. 2021. He said his focus on advocating for crypto could see the WTO recognize the value of blockchain technology, which will boost the whole industry.

Justin Sun added that countries like Grenada may experience a faster pace for crypto adoption, given the right education than world powers like the US which still has conservative views on crypto.

Is It Too Late to Buy Bitcoin?