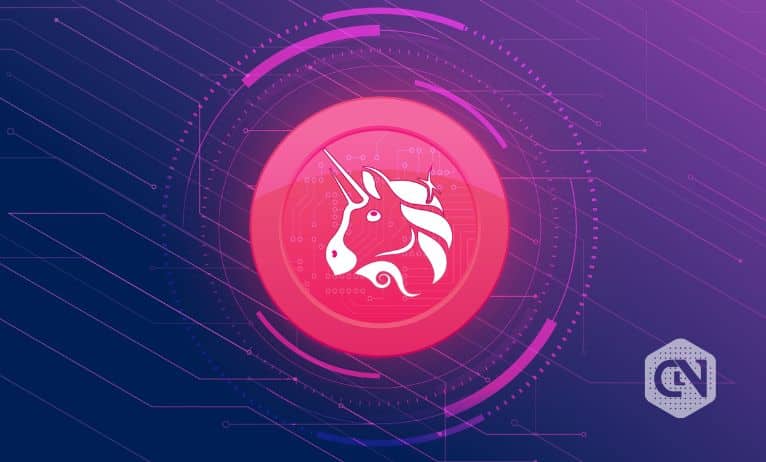 Uniswap is an amazing token to hold as it provides the owner with a portion of the benefit from the decentralized ecosystem. These ecosystems can support and harbor intense volumes and transactions without facing bottlenecks. Implementing such processes in other domains of validation and processing might reduce the time consumed to complete a transaction.

UNI is its governance token with a volume of 1 billion with a proposed perpetual inflation rate that ensures participation among the Uniswap ecosystem by incentivizing active holders. The market capitalization for this token is upwards of $4,694,023,908, with close to 1 Billion worth of tokens to be released in an already determined gradual process. About 76% of the total token volume has entered active circulation.

Uniswap has managed to climb above its long-term support level after a decent retracement below the support of $6. But will UNI be able to sustain this rise? Read our Uniswap prediction to know! 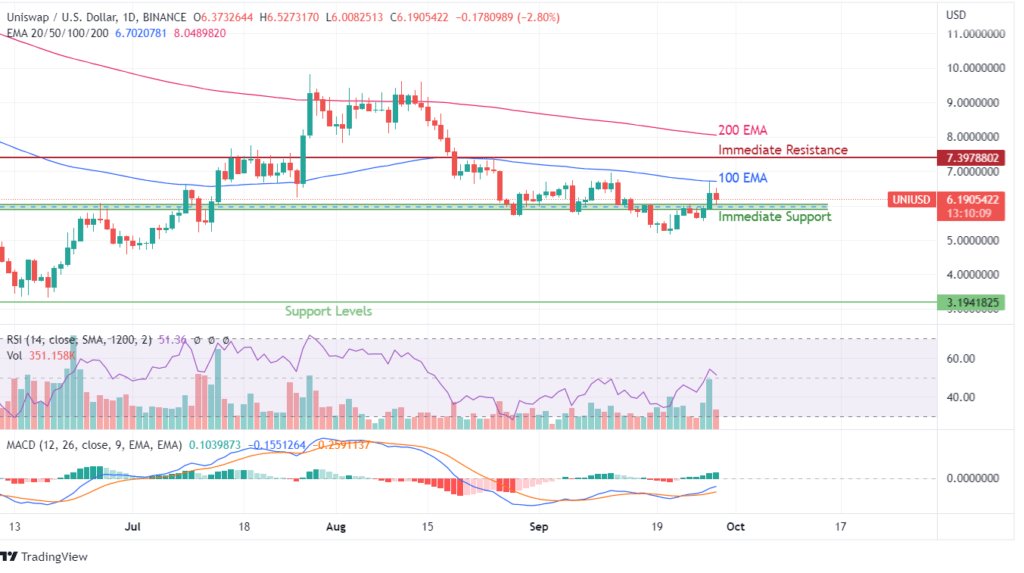 The current price range of UNI brings this ecosystem back to its pre-2021 breakout levels, and price patterns become similar to that of previous levels. While the last upside swing was cut short brutally, with UNI losing its significant value in less than two weeks, the current outlook requires the UNI token to surpass $10. The price pattern since August has been negative, with actual negative sentiment emerging since April of 2021.

$7 has emerged as the latest resistance level that lies in tandem with its 100 EMA curve, prompting holders already in profit to book their holdings and wait for retracement for re-entry.

UNI has regained the lost significant market value in the last week, and the further outlook remains dark. On breaching the 100 EMA resistance, the next active resistance would be 200 EMA at $8.04. RSI on short-term charts and long-term shows similar levels of 50.