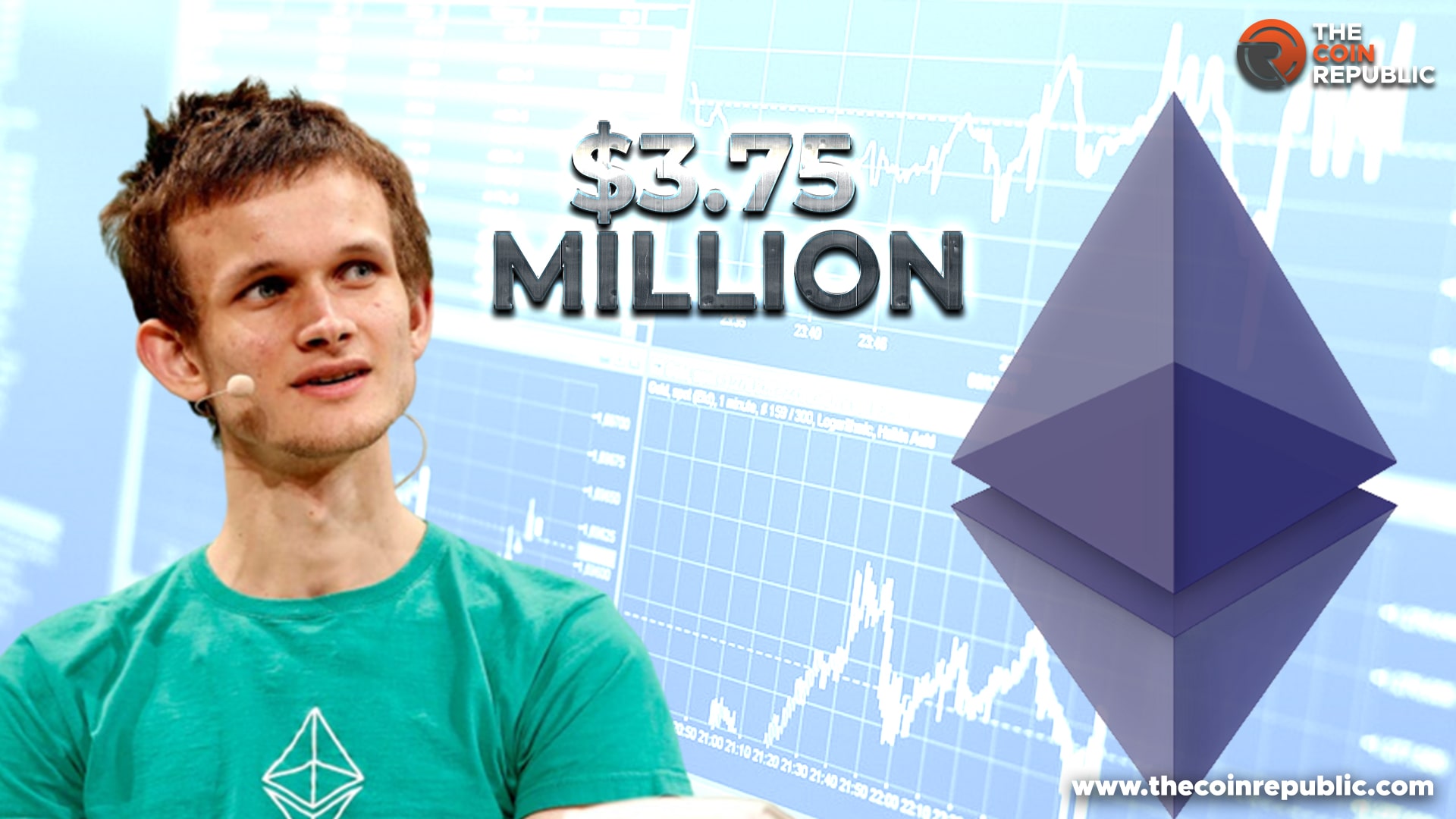 FTX exchange collapse is fearing crypto enthusiasts globally, and a similar news came into the limelight when a wallet linked to Vitalik Buterin sold off its ETH holdings at 3 am in the morning.

A wallet was traced down, converting 3,000 ETH into different cryptocurrencies, including stablecoins(US Dollar-Backed), using Uniswap, a decentralized exchange.

The event of conversion occurred on November 12 morning, and it is believed that the incident occurred in the context of the FTX bankruptcy filing that took place on November 11, 2022.

LookonChain is a firm that monitors on-chain transactions and presents valuable insight for users. On 14 November 2022, it highlighted through its Twitter post that Vatalik Buterin is selling 3,000 ETH from his Ethereum holdings.

According to data from Etherescan, it is noted that a transaction of 3,000 ETH was initiated in three slots in bunches of 1,000 ETH each, and the wallet engaged in these transactions ended with 52bo.

Later after the successful transaction of the amount, it was separated into denominations of several stablecoins.

A long-time Ethereum developer talked about the wallet that is claimed to be backed by the Ethereum founder.

Evan Van Ness also talked about the so-called Buterin-backed wallet. He quoted that the Uniswap wallet indulges in a 3,000 ETH transfer that does not belong to Ethereum founder Vatalik, “So this is fake news.”

It is also noted that every wallet starting or ending with “vb2” does not belong to Vatalik Buterin.

Evan Further noted in his Twitter thread that “The VitalikAddress Truthers confound me, Either I’m lying, or Vitalik is lying,If I’m lying, Vitalik can easily disprove it with a tweet.” “I have lost a lot of reputation. If Vitalik is lying, it’s the dumbest thing in the world to lie about.”

Last week Vatalik attended the LaBitConf in Argentina and during the conference, he was asked about his opinions on the FTX exchange collapse.

Buterin disagreed on the fundamentals of crypto firms and noted, “This year, we’ve seen a huge number of things that break because they have a fundamentally bad model.”

Andrew is a blockchain developer who developed his interest in cryptocurrencies while his post-graduation. He is a keen observer of details and shares his passion for writing along with being a developer. His backend knowledge about blockchain helps him give a unique perspective to his writing