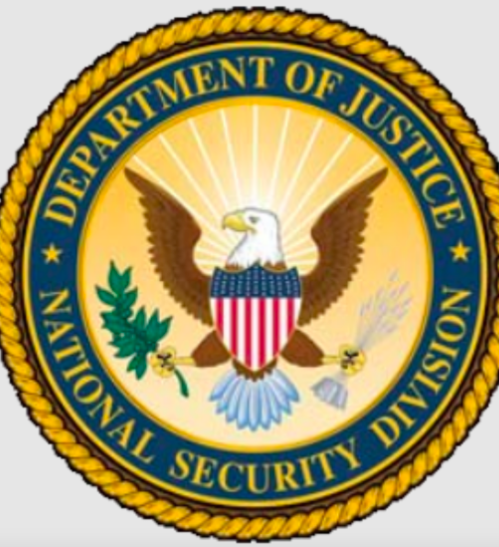 Please note that we are not authorized to provide any investment advice. The content on this page is for information purposes only.

DoJ recently announced that it had seized $3.36 billion worth of Bitcoins after a ten-year search.

50k BTC Found in Circuit Board

According to a press release released on November 7, the US Department of Justice seized 50,676 Bitcoins from James Zhong’s computer. The Justice Department, Zhong, a 32-year-old Georgian resident, pleaded guilty to wire fraud. He committed the crime in September 2012 when he obtained the Bitcoins from the infamous Silk Road dark web marketplace.

The US government agency admitted to searching the defendant’s residence earlier in November 2021, where they discovered the crypto goldmine. This latest announcement put Zhong’s crypto heist the second-largest crypto mystery uncovered by the Department of Justice.

Elaborating on the fraud scheme, Zhong admitted that he created nine Silk Road accounts that hid his true identity. He also triggered over 140 crypto transactions in rapid succession that tricked the withdrawal system of the Silk Road payment system into forwarding the sum of BTC in contention. After that, Zhong moved the stolen crypto assets into separate wallet addresses controlled solely by him. This was also done in a manner that would make it difficult for anyone to discover the true source of the cryptocurrency in question.

Zhong was convicted of one count of wire fraud and could face up to a maximum period of 20 years behind bars, according to provisions of the US Congress. Meanwhile, the sentencing is expected to come early next year on February 22, 2023.

As part of the forfeiture process, Zhong has agreed to release his 80% stake in real estate company RE&D Investments, LLC in Memphis. He is also forfeiting $661,900 in cash recovered from his Gainsville, Georgia residence, coupled with metal items and the 50k stash of Bitcoins.

Silk Road, a dark web internet marketplace, was founded by Ross Ulbricht. The platform was famous for its money laundering and running several drug-related activities. To hide his illegal activities, Ulbricht created a payment rail through which users could buy and sell items using Bitcoin. Silk Road became the first platform through which the decentralized currency saw mass use case.

According to the Internal Revenue Service (IRS) officials, Drugs Enforcement Agency (DEA), and the Customs Office, Ulbricht made a total of $80 million in commissions from facilitating trades. The combined efforts of the three agencies yielded 144,000 Bitcoins, then worth $34 million in fiat currency.

The US government later shut down the platform following a conviction of Ulbricht two years later.

The Silk Road founder tried appealing his life sentence but was turned down in 2017.

About Jimmy Aki PER INVESTOR

Based in the UK, Jimmy is an economic researcher with outstanding hands-on and heads-on experience in macroeconomic finance analysis, forecasting and planning. He has honored his skills having worked cross-continental as a finance analyst, which gives him inter-cultural experience. He currently has a strong passion for regulation and macroeconomic trends as it allows him to peek under the global bonnet to see how the world works.