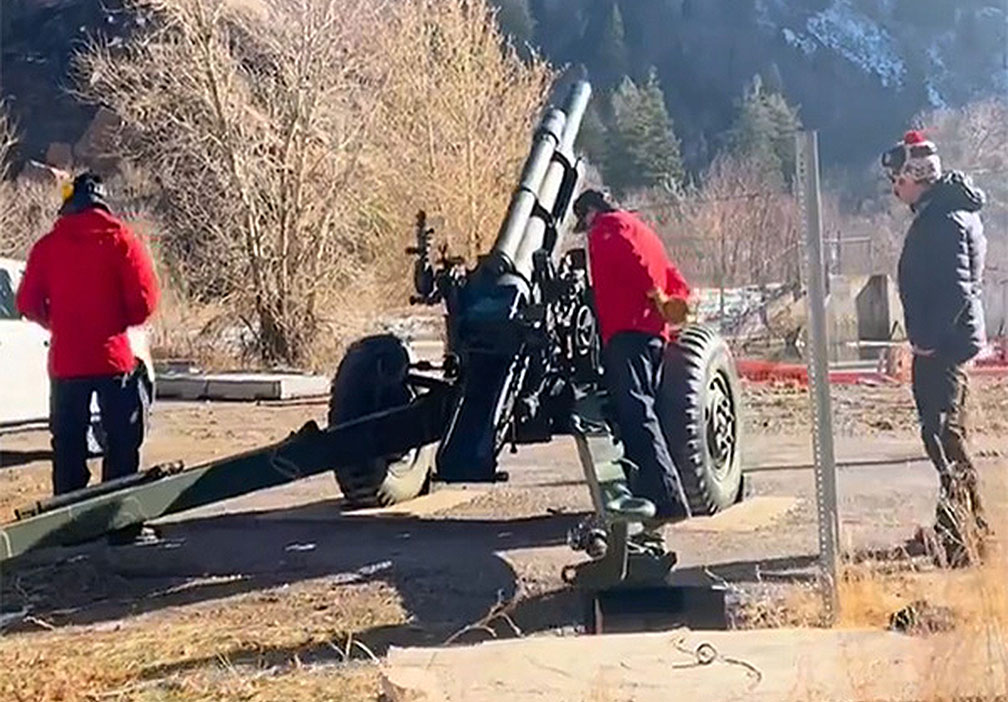 UDOT officials say the test-firing “ensures the howitzers are precisely targeted on the areas needed to create controlled avalanches, which helps keep drivers on SR-190 and SR-210 safe during winter months.”

“Our goal is to make sure people can travel safely in our canyons throughout the winter,” said Steven Clark, UDOT avalanche program manager. “We’re always working to keep these vital highways open as much as possible, so Utahns and visitors can get to our state’s world-class outdoor recreation areas.”

“This ensures that the howitzers can be used in inclement weather when targets aren’t visible, and they can be fired using the target information confirmed today,” according to the news release.

In addition to howitzers, UDOT avalanche control methods include explosives placed by hand or dropped by helicopter, Avalaunchers, which use compressed gas to launch a small explosive, and remote avalanche control systems (RACS).

These various tools provide several options for controlling avalanches on the approximately 70 avalanche paths in Little Cottonwood Canyon that cross SR-210, as well as other highways with avalanche risk, such as SR-190 in Big Cottonwood and US 189 in Provo Canyon.

“UDOT is one of the leaders in transportation avalanche mitigation,” Clark said. “We utilize the newest technologies and are always looking to incorporate new techniques and equipment to ensure safety for all canyon travelers.”

Mexican CBDC Unlikely to Be Ready by 2024 – Economics Bitcoin News