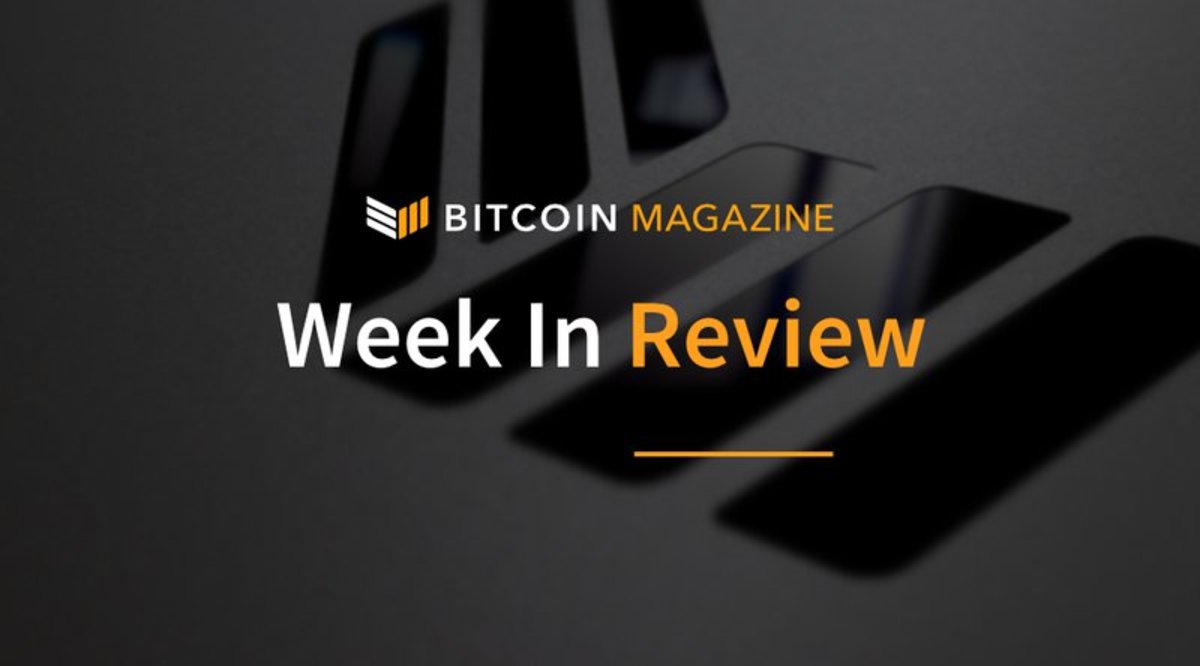 In the past week, news from Venezuela was at the forefront, where crypto mining is way up due to cheap electricity. But their stab at launching their own crypto, the Petro, is not looking like a great plan so far.

Good news in regulation, however, is coming from the state of Wyoming as the House unanimously passed two pro-blockchain bills, with five more in the pipe.

On the technological front, researches think they have solved a big part of the “sidechain” puzzle and have published a detailed paper called “Non-Interactive Proofs of Proof-of-Work.”

Here are some of the headlines from this past week in the Bitcoin and blockchain space.

Sidechains: Why These Researchers Think They Solved a Key Piece of the Puzzle

Bitcoin was the original blockchain that everyone knew about, but new ones are being created all the time, with hundreds currently available. At issue is if you want to use the features offered on another blockchain, you have to buy the tokens to use it. A technology looking to change all that is called “sidechains.”

Blockchain researcher Aggelos Kiayias and researcher Dionysis Zindros released a paper in October 2017 called “Non-Interactive Proofs of Proof-of-Work” (NiPoPoW), introducing a critical piece to the sidechains puzzle that had been missing for three years. A sidechain is a technology that allows you to move your tokens from one blockchain to another, use them on that other blockchain and then move them back at a later point in time, without the need for a third party.

IOHK CEO Charles Hoskinson is confident it can be done. “We can definitely do that,” he said. “We can definitely have a NiPoPoS [non-interactive proof of proof-of-stake]. The question is how many megabytes or kilobytes is it going to be? Can we bring it down to 100 KB? That’s really the question.”

Bitcoiner Faces Charges After Selling BTC to an Undercover Cop

On February 9, 2018, officials from US Immigration and Customs Enforcement (ICE) arrested Morgan Rockcoons (aka “Morgan Rockwell” or “Metaballo”), CEO of Bitcoin, Inc., and an entrepreneur behind several other Bitcoin startups, at his home in Las Vegas, Nevada. Rockcoons was charged with money laundering and operating an unlicensed money transmitting business, according to court records.

According to those records, Rockcoons allegedly exchanged 10 bitcoin (worth about $9,200 at the time) for $14,500 in cash from an undercover law enforcement officer at the beginning of 2017. It is alleged that Rockcoons was told in advance that the cash came from the manufacture and distribution of “hash oil,” which contains a federally controlled substance. This is what led to the charges of money laundering.

Since his arrest, Rockcoons has been tweeting and emailing his innocence and asserting that he was entrapped, in addition to refuting many aspects of the court records. He is actively seeking donations to pay for his legal fees, which he expects to be between $150,000 and $300,000

The Wyoming House of Representatives unanimously voted to pass two blockchain-oriented bills — HB 70 the “utility token bill” and HB 19 the “bitcoin bill” — sending them to the State Senate for consideration. HB 70 defines utility tokens as neither traditional money nor securities; HB 19 exempts cryptocurrency from the 2003 Wyoming Money Transmitters Act (passed in the state before Bitcoin’s invention in 2008).

Wyoming Blockchain Coalition co-founder and 22-year Wall Street veteran Caitlin Long explained, “There are already bitcoin miners setting up shop because of [Wyoming’s] cheap electricity, no income tax and no franchise tax.” Wyoming aims to set the standard for blockchain-friendly regulation in the US and to become a hub for blockchain-based innovation with these two bills. The Wyoming House of Representatives is also reviewing bills HB 101 and HB 126 in the House and SF 111 in the Senate.

The economic recession has been active in Venezuela for more than a decade, with inflation of the Venezuelan bolivar (VEF) exceeding 650 percent, and gross domestic product (GDP) contracting 12 percent in 2017. Falling oil prices in 2014 have exacerbated the economic depression in the country; however, it is oil that has catalyzed Venezuela’s current cryptocurrency boom.

Because the government subsidizes electricity to the point where it costs almost nothing, people are able to run three Antminer S9s running at a cost of about 30 cents per month. These miners will generate about one bitcoin every 10 months, thus providing an alternate method of generating income in the impoverished nation.

“There must be tens of thousands of people mining in Venezuela,” said Randy Brito, founder of the nonprofit website BitcoinVenezuela.com. Bitcoin is the most commonly mined cryptocurrency because it was the first, and LocalBitcoins also gives bitcoin an advantage because it does not trade other cryptocurrencies; it is able to operate more safely than other local exchanges because it’s not based within the country.