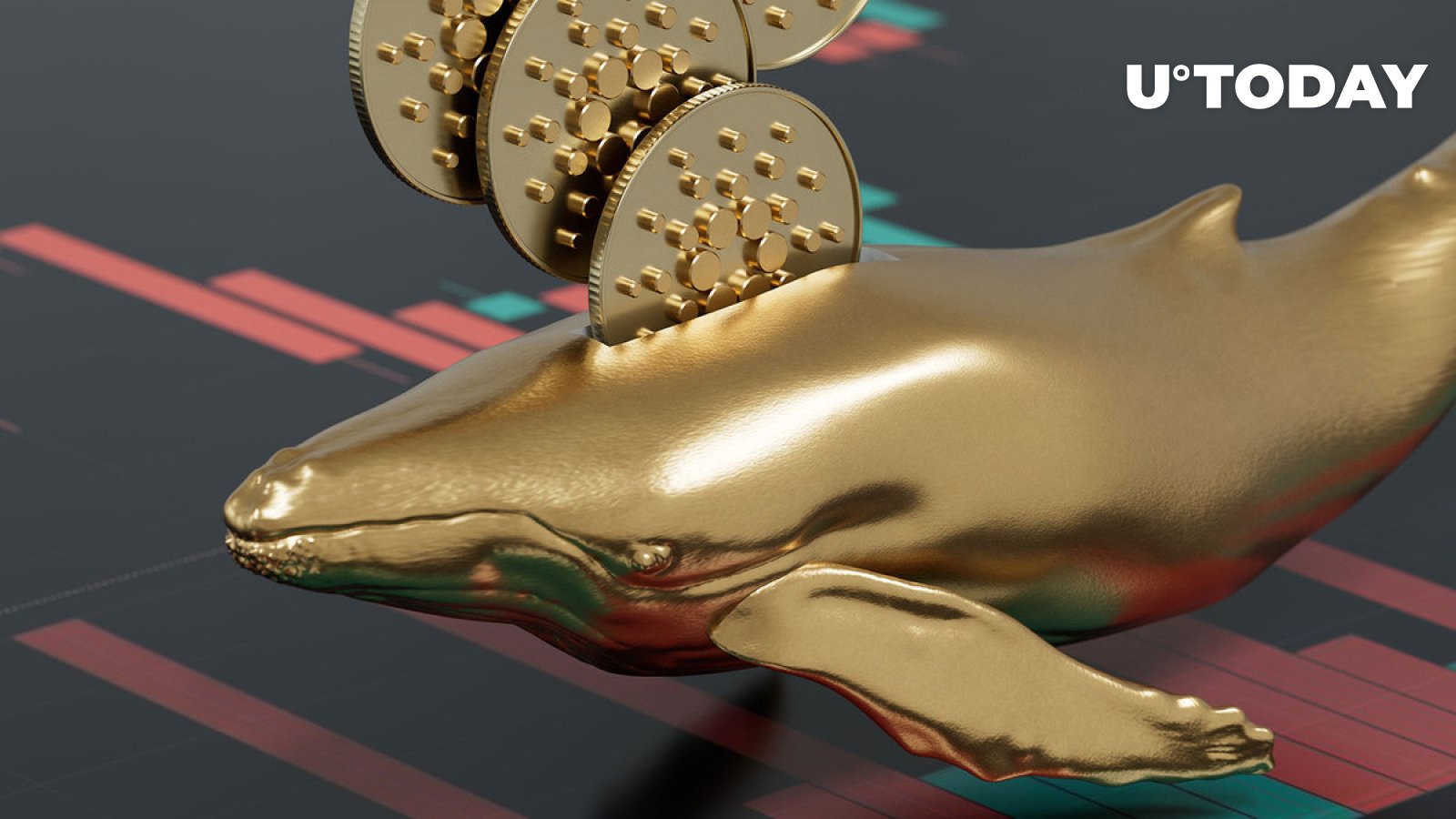 According to WhaleStats, whales or large holders are accumulating Cardano’s ADA as it ranks among the top 10 purchased assets for the 1,000 biggest BSC whales in the last 24 hours.

Whales are typically known to accumulate during periods of dips or consolidation, as it provides them the opportunity to buy at a discount.

Cardano Trends Down, ADA In Danger Of Sliding Back To $2?

At the time of publication, Cardano was trading at $0.321, down 2.56% in the last 24 hours. ADA, like every other crypto asset, has underperformed so far this year. Despite this, the community appears to be confident that Cardano will thrive in the next bull cycle.

The founder of the crypto capital venture, Dan Gambardello, believes Cardano could run 50 to 100 times in the next bull cycle, reaching a price target of $15 in the process.

As reported by U.Today, Cardano founder Charles Hoskinson said he was going to make a special announcement during the Edinburgh event.

This was a project he said he had been working on for the past four years. The Cardano creator had announced in late October that “something special” was coming in November, without going into further details.

The “Edinburgh event” the Cardano founder refers to might be “IO Scotfest: The Age of Voltaire,” which is scheduled for Nov. 18-19 and will be streamed live from Edinburgh.

The virtual event, which will celebrate the dawning of a new era for Cardano, will showcase the community’s achievements over the past five years and likewise share its vision for the next era of Cardano’s development.

Ripple lead engineer steps down after decade at the company

Helping Ethereum Kick the Bucket: Kick.io is Spearheading the Transition to…

Cardano Trends Down, ADA In Danger Of Sliding Back To $2?