What is Dogecoin? Everything you should know 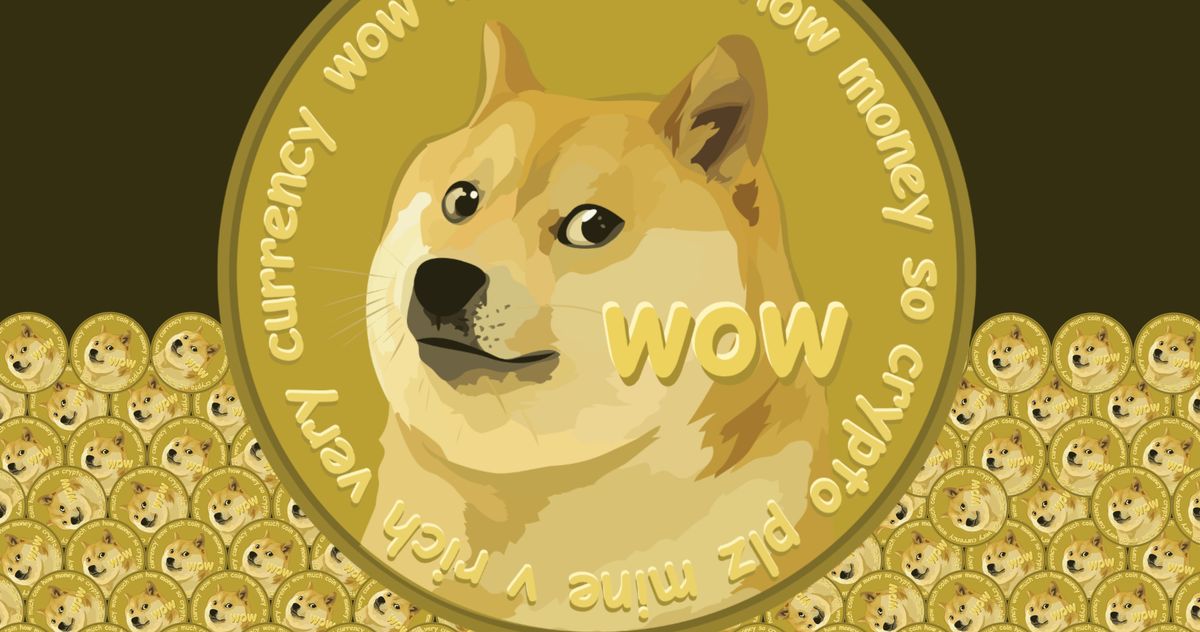 Cryptocurrency or as some people call it crypto, is a digital or virtual currency that has completely revolutionized digital payment systems across the globe. It makes use of a technology known as blockchain to work, a technology that records and manages transactions across multiple networks of computers. This digital currency can be used to buy and sell goods and services online and is secured by cryptography, making double-spending and counterfeit impossible to say the least.

This digital asset has a decentralized layout making it step outside the control of government authorities, which is also one of the reasons why crypto faces harsh criticism for its vulnerability, volatility in exchange rates, and its use for unlawful activities.

On the other hand, this form of digital currency is highly appreciated for its clarity, divisibility, and most importantly, its portability.

Not to mention, over the years, their capacity to store and grow caught the eye of many interested investors.

Having said that, there are a number of cryptocurrencies available today including Bitcoin, Binance Coin, Cardano, Ethereum, and Dogecoin to name a few.

Just like other cryptocurrencies, Dogecoin is also a form of digital or virtual currency developed by two software engineers Jackson palmer and Billy Markus back in 2013. What started off as a joke gained a lot of attention lately making it one of the most rapidly increasing currencies in the market.

Dogecoin is seen as a fun new way of mining digital currency online, while it is immensely secure and decentralized.

Originally when the founders started Dogecoin, they intended it to be a joke with a dog’s face on the coin. The logo represents Shiba Inu Dog, a Japanese breed dog that got a lot of publicity and is all based on a Doge meme that got viral in 2013. The founders wanted it to be a peer-to-peer platform for digital currency which could gather a much wider demographic as compared to Bitcoin.

However, Dogecoin was introduced to the world on December 6, 2013. On December 9th, that very year, just three days later, the value of Dogecoin jumped nearly to 300 percent, being 0.00095 Dollars, which used to be just 0.00026 dollars

In addition to this, the increase in the growth occurred when many cryptocurrencies diverged along with Bitcoin after China’s decision of not allowing Chinese banks to invest in the market, being a major setback for Dogecoin having dropped over 80 percent of its value.

Not just that, millions of coins were stolen by hackers from the online crypto wallet platform, Dogewallet after the company suffered a major theft on 25th December. After this unfortunate event, a series of tweets were rolled out on Twitter and a lot of people started talking about the incidence making Dogecoin the most talked about coin at that very time.

Since a lot of people lost their coins and investments due to this, the Dogecoin community started a drive called “Save Dogemas” in order to raise coins for people who suffered from the incident. Within a month, sufficient money was donated to help people to recover from the losses that occurred.

Jackson Palmer, the co-founder of Dogecoin, walked out of the crypto community in 2015. 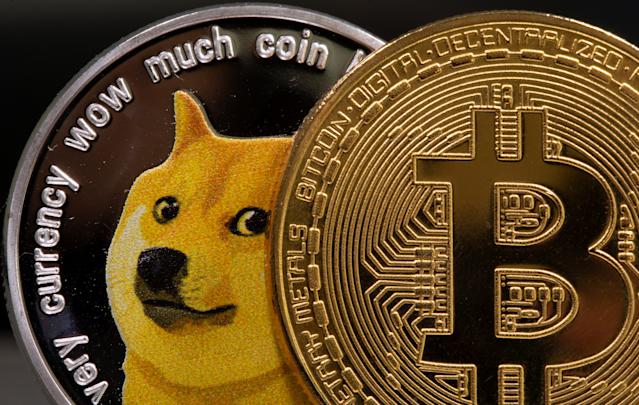 As mentioned previously, Dogecoin’s value rose to 300% just within 3 days of its launch but do you know why it happened? The reason being the support it received from people with celebrity status around the planet. The most important aspect in the history of Dogecoin leading to a peak in its value was when Elon Musk, the CEO of Tesla & founder of SpaceX posted about Doge on his Twitter handle. His tweet read “one word: Doge”.

Furthermore, Musk even purchased Dogecoins for his son. Many international artists including Snoop Dogg and singer Gene Simmons wrote in favor of Dogecoin along with Mark Cuban who mentioned Dogecoin to be the strongest crypto, giving it a further boost

Elon Musk also showed his interest in Doge again this April, saying “Doge barking at the Stars”, after Musk’s tweet, a lot of people bought large quantities of Dogecoins (DOGE), making the prices go up from a twenty-four-hour low of 0.062 to 0.078 dollars, making it a 20 percent increase.

Along with all of this, Elon Musk posted a picture of a dust storm with Shiba Inu’s dog’s face on his Twitter handle on the morning of April 18th describing it as “inevitable” blowing over the global financial system. Making the DOGE run seems to be unstoppable!

Having said that, an unusual blend of factors including enormous support for the Robinhood dealers and Musk’s apparent backing of the coin has really led Dogecoin into the mainstream.

Dogecoin which started off as a joke internationally has reached great heights and one of the major reasons for that happening was because of what makes it distinguished from other cryptocurrencies available. Unlike others including bitcoin, being the most popular digital currency to date offering a lifetime limit of twenty-one million coins, Dogecoin has no upper limit when it comes to mining, which makes it highly inflationary never the less.

Not just that, Dogecoin is mined with the help of Scrypt technology which makes it faster for users to mine as compared to any other form of cryptocurrency mining, making it a time-saving process.

Secondly, even though Ethereum, another form of crypto-currency is far superior technologically as a medium of exchange, the meme nature along with the community that admires Doge is what makes Dogecoin special.

Application and exchange of Dogecoin 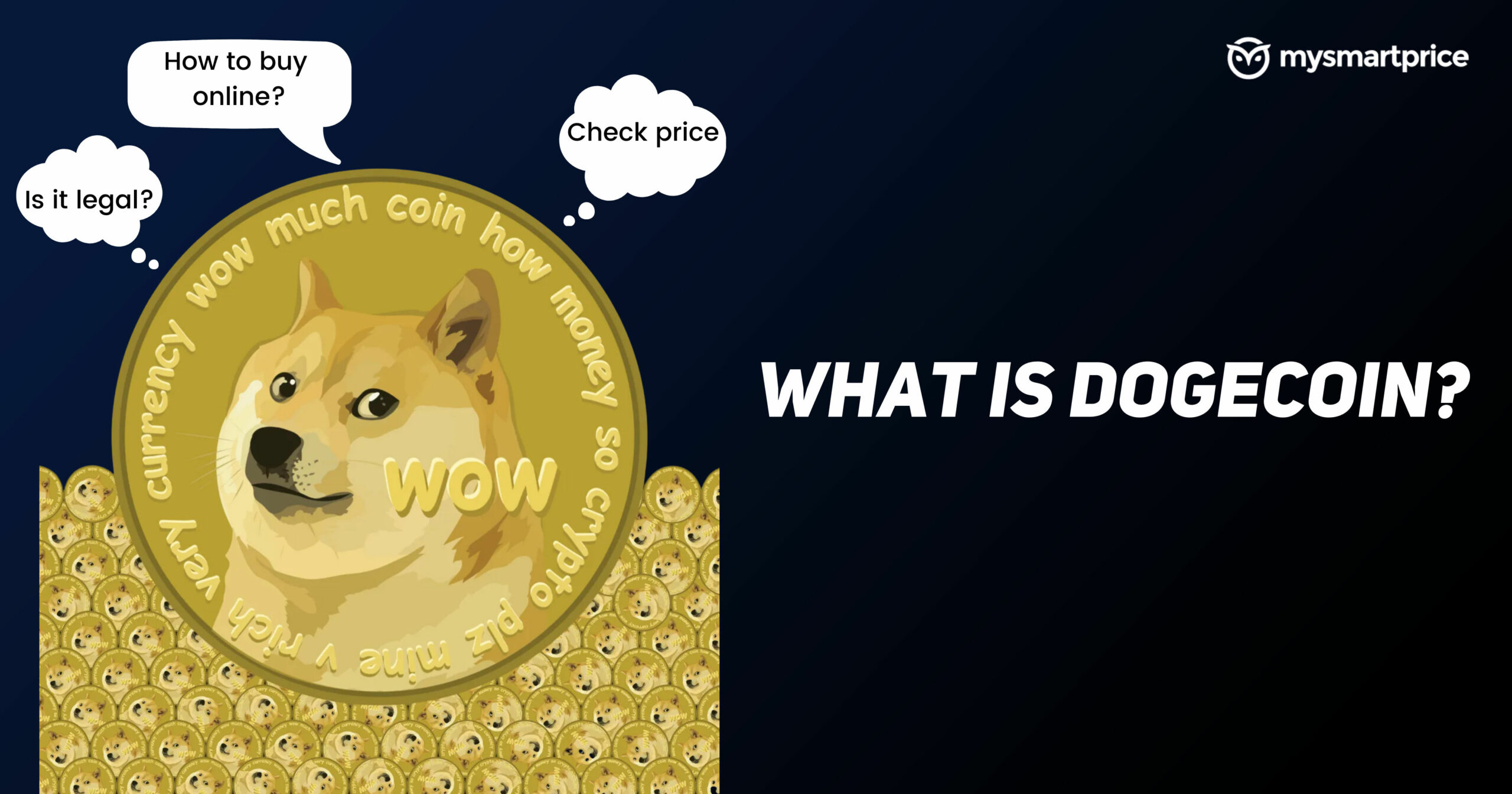 Dogecoins can be traded on various online trading platforms with Kraken, Bkex, Binance & VCC exchange being amongst some of the safest platforms for trading Dogecoin.

Along with this, Dogecoins can be used for multiple reasons including trading tangible and physical items and shopping, all in exchange for Doge but sadly it is not accepted everywhere and hence cannot be used for everything.

However, in several parts of the world, it is widely accepted and is usually used for tipping services, encouraging online users to tip each other to recompense deserving online contributions worthy of being recognized. So, Dogecoin can be used to buy cosmetics, groceries, investments, utility services, food take-outs and can also be made use of in online gaming, online casinos, and crowdfunding along with some online social media platforms like Twitter and Reddit being used for that purpose.

How to mine Dogecoin?

Just like every other digital or virtual currency based on Decentralized peer-to-peer transactions, Dogecoin can be bought online through various online trading platforms and the Dogewallet. It also follows the same blockchain technology-based system using the same hashtag algorithm enabling the creation of blocks allowing you to carry out transactions making use of Dogecoin’s address. Usually, crypto-currency mining is done by people completing algebraic & mathematical formulas which can be either done individually or in a group which is also known as the mining pool.

Also, Dogecoins are different in the way it is mined as compared to any other form of crypto-currencies as these coins are usually mined with the help of Scrypt technology which is considered to be much more efficient than any other technologies available in the market as Scrypt is generally faster than and save quite a bit of time. This is also the reason why it delivered around 100 billion coins to its highly efficient process of mining Dogecoins.

Not just that, it is also important to be aware of the fact that, because of the required equipment, mining Dogecoins can be very expensive.

In India, you can buy and exchange Dogecoin using Zebpay, BuyUcoin, Bitbns & WazirX.

Using the Know your Customer(KYC) process verifying your identity, the interested individuals can purchase Dogecoin using multiple platforms including Debit or credit cards, IMPS transfer, and through bank transfers. Any online platform or cryptocurrency wallet can be used to acquire Dogecoin.

It is vital for you to know that Dogecoin’s security protocols are termed as hack-proof sue to which it is so popular among the masses.

However, a transaction could take up to 40-60 minutes to process varying on the trading platform you chose to buy your currency.

There were over 130 billion dollars in Dogecoins in circulation as of June 14, 2021.

How to Buy Dogecoin? – step-by-step

Step 1. How much to invest

you must have heard about a lot of viral stories about people becoming millionaires by investing in Dogecoin but invest with caution and be willing to bear the losses if necessary. Also, while investing, consider your finances, investments, and above all risks.

To start exchanging currencies, you must deposit the money in your brokerage account or exchange. mostly, exchanges let you deposit through a savings account or checking. Some might allow PayPal and wire transfers.

Usually, the amount deposited can be used instantly but if the amount deposited is large say more than 1000 dollars then it might take up a few days before you could use the deposit. Some exchanges use credit cards too but keep in mind that it is a risky process and you will be the one liable for any mishap.

After the amount is deposited in your exchange account, you can go ahead and buy Dogecoin. Choose Dogecoin on the exchange platform or the symbol DOGE, then pick your trade by either selecting the amount you want to invest or the number of Dogecoins you want to buy.

Once it is done, it should go through immediately. Dogecoin trading is not limited by hours. you can exchange, buy or sell coins twenty-four seven, seven days a week.

After the purchase is done, the coins are sent into your exchange account by default. However, you can choose to transfer it into another wallet outside the platform as well if you so wish, perhaps to reduce your risk. 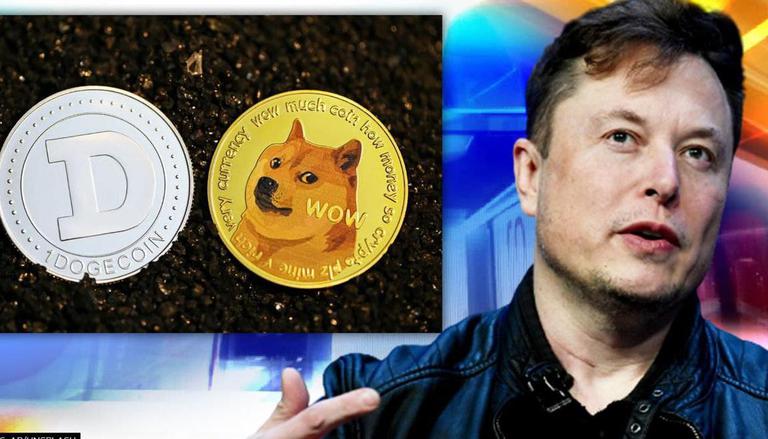 As mentioned previously, the prices of DOGE have been on a rollercoaster ride. As compared to USD’s value, this year since the beginning it has observed a 774% growth in its value.

Marking a 21,000 percent rally, the journey of Dogecoin from its initial value when it all started being 0.000232 dollars to its present-day value of 0.053 dollars has been remarkable. As per DOGE predictions, by the end of this year, it will continue towards reaching the value of $0.087.

Crypto investors however have predicted Dogecoin to advance at a gradual pace unless obviously if there are no tweets from elite business tycoons taking them uphill.

What started off as a joke for fun helped millions of people connect to it believing it to be a tribute to online meme culture.

Having said that, it has survived in the market for almost 7 years now and has been progressing gradually. Although its creators left the crypto community, Dogecoins are looking forward to staying for long.

In conclusion, if you are planning on buying Dogecoin, do it with due diligence and after doing your own research and not just by going with the hype. Also, make sure you are ready for a bumpy ride and willing to bear the losses if at all necessary.

what are your thoughts on Dogecoin? Do let us know in the comments below. Thank you for your time & if you found our content informative, do share it with your family and friends.

Bitcoin, Ethereum And Dogecoin Lag The General Market, But Is A Weekend Surge In The…