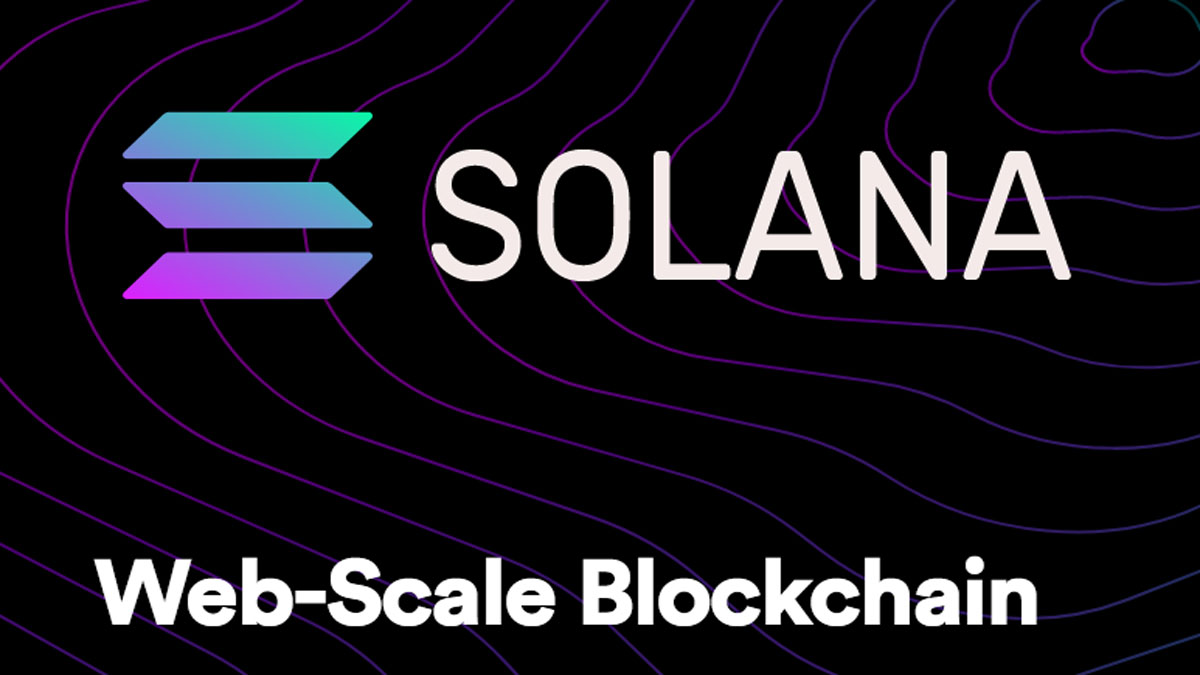 Solana (SOL) price rally could fizzle out due to weak…

If blockchains technology wants to have a real impact on this world, these slow blockchains are not up to the task. Even the co-founder of Ethereum Vitalik Buterin has admitted this problem of Ethereum. If the status quo remains, the industry’s infrastructure will be unable to cope.

In recent times, many new blockchain protocols that promise high TPS speeds have emerged on the scene. One of them is Solana that claims to be the first web-scale blockchain. So what is it?

Solana, conceived in 2017, is a Practical Byzantine Fault Tolerance-based (PBFT) Proof of Stake (PoS) blockchain built from the ground up by Switzerland-based Solana Labs to take one of tech’s biggest challenges: scaling blockchain for global adoption.

The network is supported by the fundraising of over $25 million from notable investors including Multicoin Capital, Foundation Capital, Distributed Global, CMCC, Blocktower Capital, NGC Capital, and Rockaway Ventures.

The history of Solana dates back to November of 2017 when CEO Anatoly Yakovenko published a whitepaper describing Proof of History, a technique for keeping time between computers that do not trust one another. That was meant to introduce a clock before consensus on blockchains.

Solana promises a throughput of 50,000 TPS across a network of 200 nodes, and it does so without sharding and any additional pain in terms of UX, latency, or composability for developers.

PoH is the most prominent feature of Solana. Let’s take a look at it.

According to Yakovenko, the main idea behind the Solana is to find a way for a “decentralized network of nodes to match the performance of a single node.” To achieve this we need to first optimize how the nodes in the network communicate.

The core Solana innovation is the introduction of a new concept called Proof of History (POH). This is basically a clock in the blockchain that works before consensus. Unlike other blockchains where validators talk to each other to agree that time has passed, each Solana validator maintains its own clock by encoding the passage of time in a simple SHA-256, sequential hashing verifiable delay function (VDF).

As each validator maintains its clock, block producer for an entire epoch are chosen ahead of time—before consensus has reached. Each validator runs the VDF to prove that it has acquired its slot to transmit a block and validators. So by PoH, the network as a whole makes progress regardless of network conditions as the network can decide to rotate validators without any of the validators talking to one another.

In this way, PoH reduces messaging overhead and computation that allows Solana to achieve a high throughput of 50-80K TPS.

Validators are an essential part of the Solana ecosystem as provide computing resources to maintain the integrity of the ledger and earn rewards while doing so. Anyone can run a validator node on Solana’s permissionless testnet and Mainnet Beta networks. The platform is also running Solana’s incentivized testnet event Tour De SOL for validators to flex their validation skills, earn tokens, and secure the Solana network.

Interested validators from all around the world, except the US, can register for Tour de SOL by submitting a form and then completing a KYC/AML. Then they have to join a Discord Channel as it is their primary communication channel.

Staking on Solana is just like other PoS blockchains. To stake, users can transfer their SOL holdings to a wallet that supports staking. SOL holders can choose to delegate some of their SOL to one or more validators, who process transactions and run the network on their behalf.

With the help of these 8 major innovations, Solana uses the inherent architecture of a CPU to provide high throughput. Solana achieves 50,000 TPS on a network of 200 physically distinct nodes around the world with the help of software designed to let the hardware operate at full capacity as it scales naturally with bandwidth, SSDs, and GPU cores.

Solana is currently running in mainnet beta. The initial mainnet launch was scheduled for early 2020 but hasn’t happened yet. The new launch date is also not announced yet.

Solana (SOL) price rally could fizzle out due to weak fundamentals