What Is Tether (USDT)? | The Beginner’s Guide 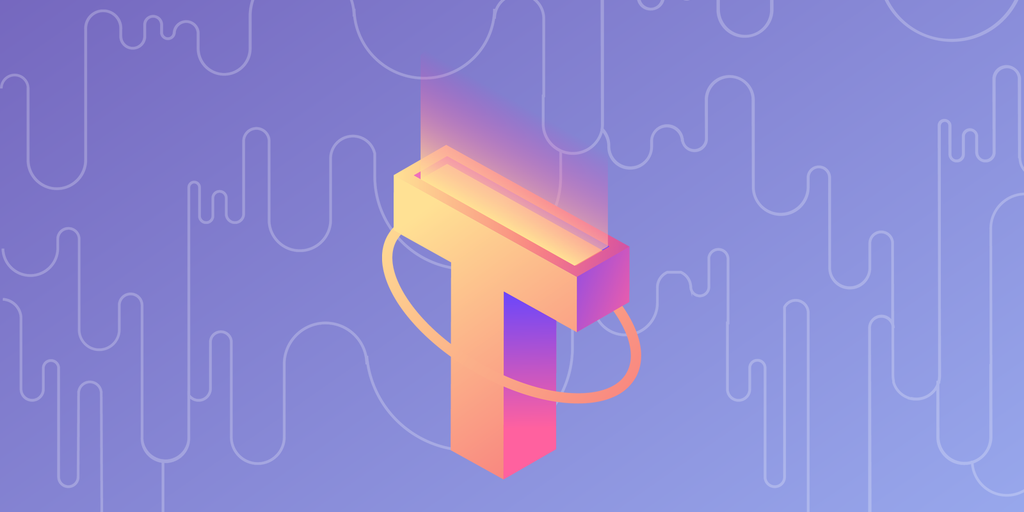 It can be difficult for investors to hold cryptocurrencies. Many are incredibly volatile.

To critics of cryptocurrencies—like China’s major payment institutions—this price volatility makes them poorly suited to being actual currencies because their value can change quickly, making an agreed price hard to come by.

That’s where a cryptocurrency like Tether (USDT) comes in. It’s designed to enable users to navigate the crypto industry without being exposed to unpredictable prices.

Tether is a type of cryptocurrency known as a stablecoin.

Stablecoins are designed to be pegged to a given currency; in the case of Tether’s main USDT cryptocurrency, the US dollar. Tether claims that every token is backed by a dollar held in its reserves; the value of the token is kept stable by bots buying and selling whenever its value fluctuates from the dollar.

In a nutshell, Tether is meant to work as follows; whenever a user deposits a US dollar to Tether’s account, Tether Inc—the company behind Tether the stablecoin—mints one Tether in return.

Tether is also available for the euro, and Japanese yen.

Tether Limited developed the cryptocurrency towards the end of 2014, under the name “Realcoin” prior to its rebranding as Tether.

Based in the British Virgin Islands—a jurisdiction known for its lax regulations—the company’s head offices are in Hong Kong. It shares most of its management team with the cryptocurrency exchange Bitfinex, including its CEO, chief strategy officer, and general counsel.

What can you do with Tether?

Tether is widely accepted on most crypto exchange and can be used to easily purchase cryptocurrencies. It is frequently used by traders and investors as a way to maintain a stable store of value while still holding a position in the market.

It is also a popular asset for the exchanges themselves. Tether trading pairs are a common way to denominate prices in fiat currency, which most people can more readily understand. As many exchanges find it impossible to set up a fiat bank account, some have resorted to holding their funds in Tether tokens.

One of Tether’s founders, Brock Pierce, starred in multiple Disney films when he was a child actor in the early 1990s.

What’s so special about Tether?

How is Tether produced?

Unlike most cryptocurrencies like Bitcoin, Tether isn’t “mined.” Instead, Tether Limited generates new tokens and issues them via crypto exchange Bitfinex following fiat currency being deposited into its reserves. Tether can be bought at most crypto exchanges.

How does Tether work?

Tether is based on something called the Omni layer. This is a meta-protocol built on top of the Bitcoin Blockchain that allows projects to create and trade their own currencies. Tether tokens started to be issued on Omni software layer for the Litecoin Blockchain in the summer of 2017.

There are also Ethereum-based tethers built using the ERC-20 default.

A research paper published in June 2018 accused Tether Limited and Bitfinex of artificially inflating the price of Bitcoin in December 2017. Tether and Bitfinex have denied these accusations.

What is Tether backed by?

Tether’s broad reach and penetration into the crypto market rest on its claims to be backed 1:1 by the US dollar; Claims that have been repeatedly called into question by, among others, the New York Attorney General’s Office, which fought a lengthy court battle against Bitfinex and Tether.

In February 2021, both Bitfinex and Tether agreed to stop all trading activity in New York as part of a settlement announced by the New York Attorney General Letitia James. Both firms also agreed to pay nearly $19 million in fines.

“Bitfinex and Tether recklessly and unlawfully covered-up massive financial losses to keep their scheme going and protect their bottom lines,” Attorney General James said, adding, “Tether’s claims that its virtual currency was fully backed by US dollars at all times was a lie.”

As part of the settlement, Tether was required to release regular reports on its business, including details of its funds held as reserves. In May 2021, Tether released the first of those reports, in which it revealed that 76% of its reserves were held in “cash or cash equivalents”, with the remaining portion held in secured loans, bonds and other investments—including Bitcoin. Of the 76%, commercial paper and fiduciary deposits made up 65% and 25% respectively; the figures indicated that less than 3% of Tether’s reserves were held in cash.

Tether’s general counsel, Stuart Hoegner, said it was “misleading to focus only on cash” when these reserves were revealed. He added that, “Readers should not confuse items not in ‘actual cash’ with a lack of liquidity.”

Tether and Bitcoin: why the concern?

That said, there is some uncertainty surrounding Tether, particularly regarding whether every single Tether can, in fact, be redeemed 1-to-1 for a US dollar.

Tether’s critics remain unconvinced that its token is fully backed by cash reserves; in the past, its most vocal critics have claimed that the company was allegedly minting coins out of thin air. If true, that would present a serious problem for Bitcoin.

The concern is that Tether—which now has a market cap of over $60 billion—props up the price of bitcoin. Academics John M. Griffin and Amin Shams argued in 2018 that Tether could be printed “regardless of the demand from investors,” concluding that Tether’s printing schedule was consistent only with a coin that was partially backed, not fully backed, by reserves.

“The real story here is that less than 3% of Tether’s reserves now consist of cash,” said Amy Castor, a journalist who focuses on issues surrounding Tether. Accusing Tether of “printing money out of thin air,” Castor added that, “The reckoning will come when people try to cash out of bitcoin, and it dawns on them there is no real money in the system to support withdrawals, because the markets were based on funny money.”

But there are two sides to the debate.

Sam Bankman-Fried, CEO of crypto exchange FTX, has previously pushed back against criticism of Tether, pointing to the fact that it is possible to redeem USDT for US dollars.

“Like, I don’t know what to tell you, you can, and we do,” he tweeted in January of this year.

It’s sort of funny hearing people claim that you can’t create/redeem USDT for $.

There is also a common counter-argument leveled against Tether’s critics that Tether’s printing schedule is entirely uncorrelated to Bitcoin’s price. In fact, new Tethers have been minted both amidst Bitcoin bull runs and price crashes—as outlined in an April 2021 paper from UC Berkeley.

Tether has proven itself to be a useful tool for the cryptocurrency community, with investors quick to buy in downturns as a way to protect themselves from market down slides. It continues to be popular, with tokens sometimes changing hands more than once a day. This has made Tether a useful source of liquidity for the market, which helps to keep prices stable.

Tether’s future will rely on whether it can maintain market confidence; were its critics to be proved right, a loss of confidence could lead to insolvency for many cryptocurrency exchanges who use it to store value.