What you need to know about Bitcoin and cryptocurrencies 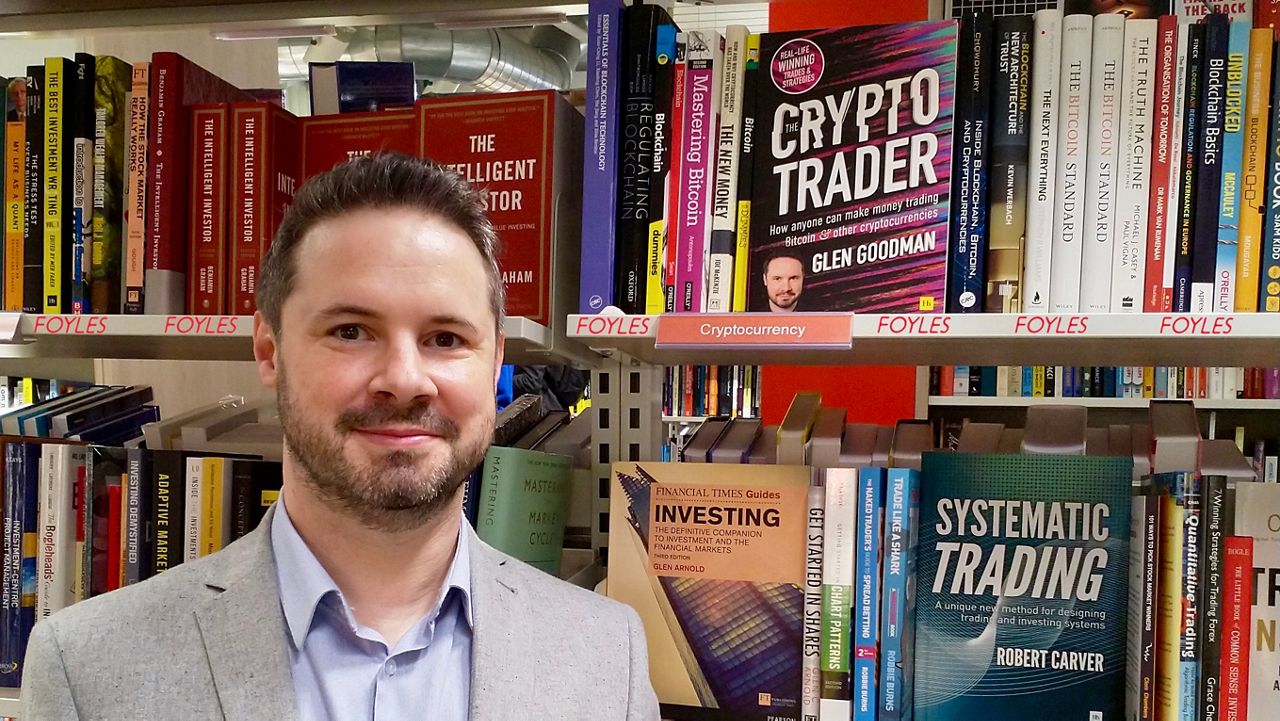 EDITOR’S NOTE: To watch the video report that accompanies this story, click the arrow above.

LOS ANGELES — These days, people can’t turn on the television or visit a news website without hearing about Bitcoin and cryptocurrency.

Last week, Coinbase, a trading platform for cryptocurrency, made its debut on Wall Street and instantly brought the crypto market into the mainstream. Coinbase stock soared to as high as $430 before dropping 24% to $330 as of Monday, April 19.

What You Need To Know

The price of a Bitcoin, the leader in the cryptocurrency market, also rallied along with the Coinbase listing, soaring to a high of $64,000 last week. As of Monday, the price of a Bitcoin dropped to $56,000, but some expect the price to rise as the industry matures and more people learn more about it.

“The listing of Coinbase on Nasdaq is a big moment,” said Glen Goodman, the author of “The Crypto Trader” and former ITV and BBC reporter. “Many long-time crypto haters have done an abrupt about-turn this week and decided it’s become a mature industry. They can’t ignore the fact that the most respected crypto exchange is now part of the established financial world. Clearly, crypto’s not going away.”

The listing of Coinbase and Bitcoin’s astronomical price tag highlights the gaining acceptance of cryptocurrencies as a legitimate investment. According to Bloomberg, in less than a decade, the crypto market has grown into a $2 trillion industry.

But many investors still wonder, if the cryptocurrency market can keep up the momentum? How high can Bitcoin and other cryptos continue to rise?

Goodman remembers when Bitcoin was trading for $300 in 2014. He has been trading Bitcoin off and on for the past five years. He’s not surprised by the high price of digital currency.

“It’s impossible to give it a ‘fair valuation’ as we do with stocks as it has no profits or revenues to base a valuation on, so theoretically, it can rise to any number you care to mention,” Goodman said. “Its price moves in multi-year waves – a massive move up followed by a large move down and then repeat. We will undoubtedly see the same pattern at the end of this bull market. Trend-following traders like me abide by the maxim ‘ follow the trend until the end when it bends.’ So far, the trend remains resolutely upward, but I always keep an eye out for the eventual bend. That’s when I sell.”

Goodman spoke to Spectrum News 1 and gave a rundown on what people should know about Bitcoin and the burgeoning cryptocurrency industry.

Cryptocurrency is virtual money, usually produced by a decentralized network of computers. This is a lot like video game money. When you play Fortnight or Roblox, they have their own form of in-game currency. However, a proper cryptocurrency is decentralized, meaning it has no one in charge of it. There is no company like the Roblox corporation that can decide how much the currency is worth or shut it down.

How are Bitcoin and other cryptocurrencies generated or mined?

Decentralized currencies like Bitcoin are developed using computer code, but after the ‘app’ is set into motion, they run automatically with the help of users who are rewarded with coins for maintaining the system.

Bitcoin was set in motion by a mysterious figure called Satoshi Nakamoto, who wrote the code in 2009 and set the program running. The code allows for the creation of a certain amount of new Bitcoin every day. But only a certain amount, so it’s very limited in terms of new quantity. This is why people think of it as hard money, almost similar to gold, because you can’t just print an infinite amount like you can with the dollar.

A lot of other cryptocurrencies are based on the Bitcoin program with a few tweaks here and there. Some are centralized, meaning a company created it and decided how many tokens are released using code.

If it’s a computer program, why can’t the average person run it and mine Bitcoin?

It’s expensive and hard, and it takes specialized computers. The program has a feature in it that the more people that mine it, the harder it gets to create a new currency.

(In February, the BBC reported mining for Bitcoin uses more electricity annually than Argentina, the Netherlands, and the United Arab Emirates.)

What’s the allure here? What is driving this demand for Bitcoin and other virtual coins?

What’s driving the demand is the new narrative. In 2017, people said that everyone would be using this digital currency to buy their coffee at Starbucks. It’s going to be everywhere. We’re all going to be using it. That’s why the price fell. It didn’t have a use case. (In 2017, the price of Bitcoin topped $20,000 a then all-time high before dropping to $3,000 the following year)

Then the pandemic happened. In my opinion, the pandemic caused Bitcoin to rise from the dead. When COVID-19 started, the US government decided to print new cash to send it to ordinary American citizens and inject more money into the economy to keep things afloat.

What this did is to create a new or even a renewed narrative. Some people think that printing more money could dilute the value of the US dollar until it’s worthless.

Investors were initially buying gold, but Bitcoin has taken over gold as the new hard currency of the world. That’s the way some people see it. A lot of investors have bought into this idea. It’s not just the investors, but the big banks have bought into it.

Theoretically, it does. You have big payment providers such as Paypal that allow you to buy Bitcoin and buy things with it. But in actuality, all it does is convert your Bitcoin into dollars. So you end up incurring transaction fees.

But once that infrastructure is in place, the potential is there for Bitcoin and other cryptocurrencies to be a payment mechanism.

The main problem is still the price volatility of Bitcoin. You can see on the Blockchain that all of the transactions are investments. Nobody is paying for ordinary stuff. It’s become like gold.

Some of the top Cryptocurrencies in the market and current price

Last question, is Bitcoin and cryptocurrency here to stay?

Yes, absolutely. The business of cryptocurrency is going to be enormous. It will spread its tentacles in every industry, all around the world.

Some say compare this to the early days of the internet. Cryptocurrency has the same potential in that sense.

The actual technology can help save a lot of money in a lot of different industries.