Why the $1M Campaign to Change Bitcoin’s Code Will Likely Bear No Fruit – 24/7 Wall St. 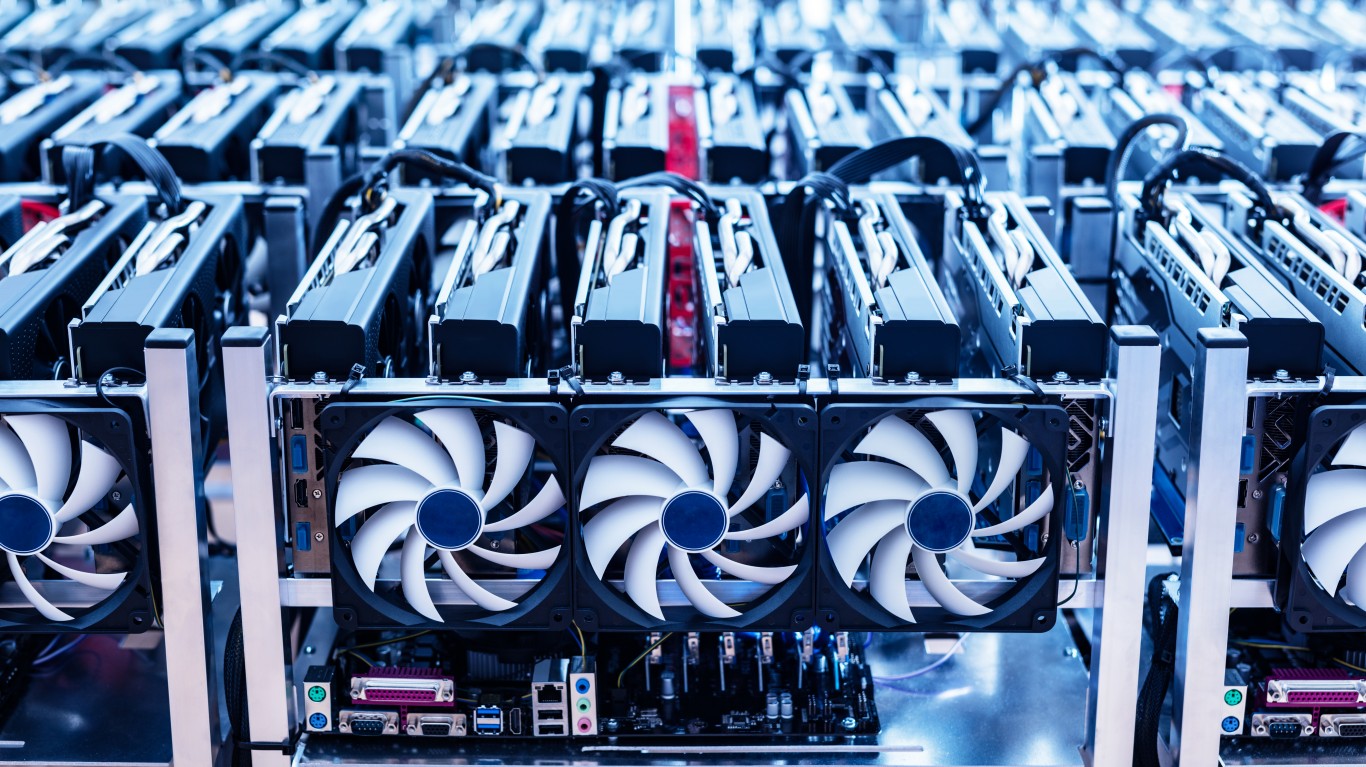 Greenpeace and the Environmental Working Group to increase their existing attack on Bitcoin on the heel of Ethereum’s transition to proof-of-stake (POS). Following Ethereum’s upgrade to a proof-of-stake (PoS) model, Bitcoin remains the most prominent cryptocurrency using the energy-intensive proof-of-work (PoW) consensus model.

Consequently, the environmental activist group announced a new $1 million online ad campaign through a press release. It also petitioned influential institutions like Fidelity, BlackRock, Block, and Paypal to influence Bitcoin to follow Ethereum’s lead. The “Change the code, Not the climate” campaign launched in March 2022 aims to pressure key industry players and institutions to change Bitcoin’s code and convert it into a proof-of-stake cryptocurrency to lower its carbon footprint.

The clamor for the change in Bitcoin’s consensus mechanism shows that environmental activist groups are missing the point of decentralized cryptocurrencies. The PoW model has been an innovation and core base for Bitcoin’s success. Bitcoin’s decentralized nature makes it nearly impossible to transition into a PoS consensus like Ethereum, especially if the initiative is spearheaded by a centralized organization.

From a technical perspective, there is no reason why a transition in Bitcoin’s operating mechanism cannot occur. However, there is a very slim chance due to the politics of its mining community. Five bitcoin mining pools control over 80% of the blockchain’s resources. Therefore a change in Bitcoin’s consensus process would require the acceptance of these pools to adopt a new standard. This development would consequently render their mining rigs worthless, and unlike Ethereum, no superior figure can force them to do so.

Previously, several institutions have pressured and called for a change to Bitcoin’s protocol but have been so far unsuccessful. Many of these organizations argued in favor of larger blocks on the blockchain, resulting in a less decentralized network due to the centralization of nodes. However, these centralization attempts failed as Bitcoin, through the Segwit update, allowed for changes in block sizes without centralizing the network.

Conflict in Interest as Campaign Backed by Ripple CEO

Ethereum’s conversion into a PoS model does not mean Bitcoin can do the same. However, there is the issue of a conflict of interest in Greenpeace’s campaign. It is backed by Ripple’s CEO, Chris Larsen, whose cryptocurrency stands to benefit directly from problems that may arise with Bitcoin.

Meanwhile, the campaign also petitioned Fidelity, who recently revealed it would offer its retail customers exposure to Bitcoin. According to a report, the company has strong links to the fossil fuel industry through its leadership. Consequently, Fidelity has shown little interest in sustainability initiatives to reduce operational emissions and provide green investing options.

EcoWatch reports that Fidelity has not acknowledged or made any meaningful effort to address climate change. The company chose not to participate in either of the two significant initiatives for investors and asset managers, Climate Action 100+ or ​​the Net-Zero Asset Managers. Meanwhile, it also failed to implement the recommendations on climate risk disclosures made by the Task Force on Climate-Related Financial Disclosures (TCFD).

Bitcoin enthusiasts have stated that Greenpeace’s call for a transition from a PoW model would likely not happen. They have instead called on the group to fight for Bitcoin rather than against it as Bitcoin mining continues to go green globally. Darin Feinstein, the co-founder of blockchain-focused firm Core Scientific, tweeted:

#Greenpeace should be fighting for #Bitcoin #Bitcoin
Banks the unbanked
Provides private property to the repressed
Eliminates censored transactions
Allows everyone to possess money that does not debase
Is unseizable
Strengthens the people
Uses just .0014 of the worlds energy pic.twitter.com/bFzgjxRJaw

Furthermore, claims about the negative impact of Bitcoin on the environment continue to face counteracting replies from supporters. According to Coinshares, the effect of Bitcoin on the climate is overstated, with its total carbon emissions standing at a mere 0.08% of global CO2 emissions. Accordingly, Bitcoin’s carbon footprint is significantly less than several other industries, including aviation(48x), maritime transport(36x), and air conditioners(25x).

Micrstrategy’s Executive Chairman, Micheal Saylor, also published a paper refuting several common accusations against Bitcoin. Regarding its electricity consumption, Bitcoin mining may have added pressure to the electricity grid in Texas, but its global output is 106.3 Terawatt hours/annum. According to the Cambridge Bitcoin Electricity Consumption Index, this represents 0.55% of global energy output.

Meanwhile, it is worth noting that Bitcoin is already on track to reduce its carbon emission without changing its consensus mechanism. Miners have made a concerted push to go green by using renewable energy to power their operations. This includes using nuclear microreactors, waste gas, and El Salvador’s volcanic geothermal energy. These efforts would comply with the impending UN Corporate Environmental Responsibility (CER) framework environmental thresholds.

While Greenpeace stands for a noble cause, its campaign against Bitcoin would likely not bear fruits. However, if it aligns with the industry and the Bitcoin Mining Council, there may be better chances of developing more novel strategies to reduce Bitcoin’s energy consumption.

This article originally appeared on The Tokenist