Why the FTX Collapse Is Good For Bitcoin 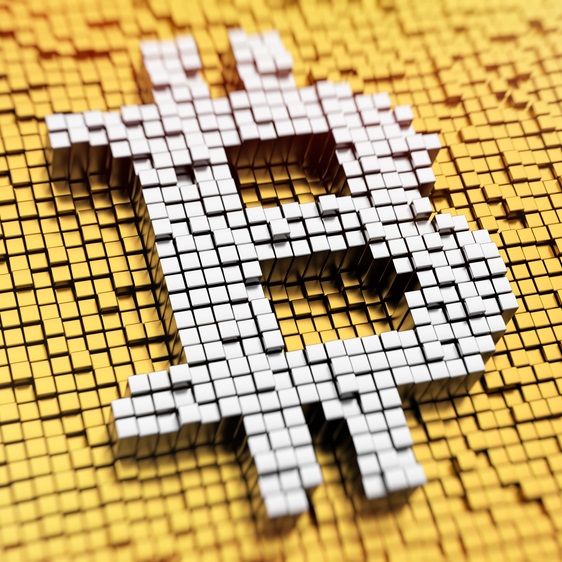 It was never ‘true’ proponents of crypto who promoted SBF or FTX.com. Sure, some crypto industry grifters played their part. But in large parts, it was the mainstream media who gave him and his dodgy exchange credibility in the wider world.

Haters, critics, and geriatric technophobes were out in force last week.

There’s a real risk of a contagion hitting as other exchanges come under pressure to prove they have the cryptocurrencies they say they have.

And the drama has brought out the glee in spades.

‘Crypto is dead!’ the naysayers gleefully cried (for the 465th time).

I mean, I just checked it myself…

Yep, I can confirm.

All my crypto assets are still only controlled by me using my private keys.

On Bitcoin, a new batch of transactions is still being added roughly every 10 minutes.

This means you can still send any amount of Bitcoin [BTC] to anyone else for a dollar or two in cost, sometimes just mere cents.

And you still don’t need to trust a bank or third-party intermediary for this to happen.

But don’t trust me on this.

Try it for yourself.

Then send some to anyone you want in the world who has a bitcoin wallet!

This is the whole point of crypto.

Complete financial freedom and to NOT have to trust anyone.

And if you stored your cryptocurrencies in your own wallet — one that only you have the private keys to — none of last week’s drama will have impacted you at all.

Well, aside from the price volatility and screeching drama, of course.

But this shouldn’t be something new to people.

I mean, I’ve been yelling ‘Not your keys, not your crypto’ since I first got into this space in 2013.

Back then, the Mt Gox exchange famously lost user funds, drumming home the most basic of crypto lessons to early adopters, myself included.

Unfortunately, too many people needed to relearn this lesson nine years later.

And some — including some big-name funds that should know better — have just lost money by trusting an unregulated third party to hold their cryptocurrencies for them.

That was the original sin here, not anything to do with crypto tech.

Don’t forget, such things happen more often than you think in the traditional finance world too.

But to be perfectly clear…

This latest drama has no effect on the underlying technology or the movement towards financial self-sovereignty.

If anything, it only highlights the importance of it all.

In the months to come, my best guess is we’ll see the use of proper decentralized protocols surge as people adopt them in the aftermath of this event.

No, the only thing that failed here was yet another ‘trusted’ third party.

A company that, funnily enough, was very cozy with US lawmakers and the political elite.

Did you know, for example, that CEO Sam Bankman-Fried (SBF) just donated more than $20 million to the Democrat election campaign?

As it turns out, this wasn’t his money to give. It was the users of his exchange.

So, I’m sure these politicians will give it back, right?

A bit more digging reveals more interesting ties into the financial establishment (the very thing crypto is going up against).

You won’t find a blurb about bitcoin here, by the way.

Apparently, one of the FTX founder’s dads was once boss to SEC chair Gary Gensler — a regulator who’s been a constant roadblock to any sort of useful crypto regulation…

But it’s a remarkably close association, especially given SBF had a huge input into proposed crypto regulation in the US.

On Saturday night, this smoking gun came to light too:

And was quickly followed up with this confirmation:

Something about this cozy relationship between Gensler and SBF stinks.

And it’s actually prompted a US Congressman, Tom Emmer, to investigate:

Anyway, we’ll see where this leads…

But wouldn’t it be ironic if the regulator’s ‘favourite’ happened to be the biggest scammer we’ve ever seen in the space?!

Conspiracy theories aside, one of the SEC’s own commissioners, Hester Peirce, said publicly on Bloomberg that some of these incidents are partly the SEC’s fault for not giving clarity to the nascent crypto industry.

You’ve got to understand this…

No, Crypto Didn’t Die — It Just Got Stronger

It was never ‘true’ proponents of crypto who promoted SBF or FTX.com.

Sure, some crypto industry grifters played their part.

But in large parts, it was the mainstream media who gave him and his dodgy exchange credibility in the wider world.

Check out this Fortune cover, for example:

How about the next Madoff?!

Isn’t it funny how the mainstream happily ignores 13 years of stunning progress in Bitcoin — a real technology that is helping liberate people in less-developed countries that don’t have access to functional banking infrastructure or a reliable currency — and yet is happy to promote hucksters like this to high heaven?

To knowingly promote the worst parts in the hope it’ll tarnish us all.

But in the long run, they won’t win.

Because beneath it all, the adoption of Bitcoin and proper crypto protocols continues relentlessly…

While all that drama was playing out, the US$191 billion oil and gas giant Shell quietly announced this:

‘Shell, one of the largest oil producers in the world, is entering the Bitcoin mining industry, being yet another oil company exploring this sector that at first seems distant from its field.’

Shell plans to market a cooling agent to bitcoin miners to make their operations more reliable and energy efficient.

They’ve signed on to a two-year sponsorship with Bitcoin Magazine as part of this initiative.

It’s a fairly big step for a company of Shell’s size to bother about making — especially in a ‘dying’ industry!

And they’re not the only oil and gas major working with bitcoin.

Contrary to public perception — there’s that mainstream agenda again — this process is actually good for the environment!

It turns harmful methane gas into much less harmful CO2.

And it also provides an extra revenue stream to ExxonMobil while helping to secure a decentralized monetary network.

Another story lost in the drama was the news that JPMorgan just made its first LIVE DeFi trade on a public blockchain.

‘The trade was facilitated by the Monetary Authority of Singapore’s (MAS) Project Guardian on Nov. 2 — which was established as part of a pilot program to “explore potential decentralized finance (DeFi) applications in wholesale funding markets.”’

Interesting that such a vocal crypto critic is doing this kind of thing.

There was this news from social media giant Meta (formerly Facebook):

‘Instagram is developing an NFT minting and sale feature through its app, parent company Meta announced Wednesday. The upcoming “end-to-end toolkit” for NFTs will allow users to create and launch their own NFTs for sale through Instagram.’

Instagram has 1.21 billion active monthly users, so the adoption potential for NFTs — a specific type of cryptocurrency used for collectibles/memberships/art/gaming assets — is huge.

Anyway, there’s a lot more going on behind the scenes.

But my point is the mainstream chooses to ignore it all and concentrate on the worst aspects all the time instead.

Fear is at extreme levels:

In my experience, this kind of fear spells huge opportunity for those who are intellectually curious enough to make up their own minds and brave enough to act.

And if I’m right, in a few years, you’ll have these same mainstream types tell you ‘how lucky’ you were to be in the right place at the right time when the birth of a new financial system was taking place.

How ‘obvious’ it all was that decentralized finance and neutral money would dominate the next few decades.

Just like the internet was ‘obvious’ after the dotcom crash of 2000.

But it’s never luck in investing…especially when it comes to crypto!

This brings me to my last point…

At the heart of the opportunity in bitcoin is its encoded scarcity. There will only ever be 21 million bitcoin, and there are already about 19 million in the wild.

That leaves around two million new bitcoins up for grabs over the next 115 years.

Compare that to the US dollar — the global reserve currency. It has a base money supply that doubles roughly every eight years or so!

Anyway, my point is supply scarcity in relation to demand is at the heart of most good-value propositions in investing.

On that note, my new colleague James Cooper says there’s an unbelievable scarcity-driven story about to appear on the commodities scene.

I think he could be right on this, as I noted last Monday.

A geologist by trade, he’s definitely one of the few people I know who can properly understand where the opportunities lie as this story unfolds.

We’re holding an event this Wednesday outlining everything James has to say on ‘The Age of Scarcity’. Be sure to register by clicking here.

Ryan is also co-editor of Exponential Stock Investor, a stock tipping newsletter that hunts down promising small-cap stocks. For information on how to subscribe and see what Ryan’s telling subscribers are right now, click here.

Uniswap could be outdated Toon Finance takes over here is why