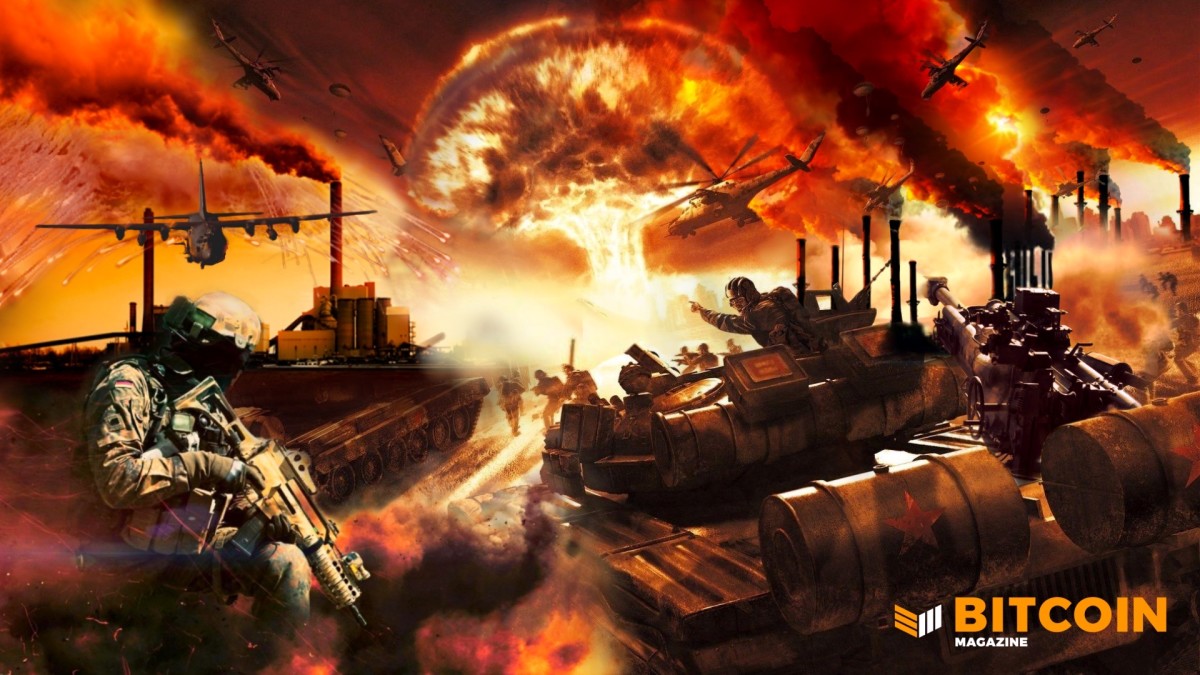 On Thursday, March 24, Pavel Zavalny, chairman of Russia’s State Duma Committee for Energy, announced payment terms for countries looking to purchase oil and gas from Russia. It is an extension of the Russian government’s earlier statement to “unfriendly countries,” (directed toward most European Union member states) saying that they should pay for their energy with rubles or gold.

Both of these announcements from Moscow are part of a response to the Biden administration’s White House fact sheet saying that the US will impose sanctions on Russia. Principally, the US sanctions were designed to impose export controls designed to prevent imports from Russia, block Russian banks from completing transactions with Western companies as well as preventing access to Russian financial assets held at Western financial institutions.

This latest news has brought up the question about whether cryptocurrencies, as a whole, can become instruments for sanctions evasion. The US sanctions, as laid out in its fact sheet, did not mention the use of cryptocurrencies. However, the Treasury Department stated in early March that the sanctions would apply to US citizens and digital asset companies that dealt with cryptocurrencies, ie, exchanges. The European Central Bank has also voiced such concerns about cryptocurrencies being used for circumventing the sanctions. For instance, if an exchange like Binance were to be assisting the Russian government with payments, then Binance could be held liable for breaking the sanctions.

Pressure may now be put on all exchanges to close down their Russian operations. And indeed, some of them have done so. The Ukrainian deputy prime minister called for cryptocurrency exchanges to block all Russian users. So far, Bitwell and Coinbase Global have both said they will not block ordinary Russian users. Having said that, Coinbase blocked those accounts belonging to people and corporations already on the sanctions list. Binance has been accused of continuing to work with the Russian government. Recent trading volume on Binance’s USDT/RUB pair supported the accusation as it had peaked from a norm of around $10 million to $34 million on February 28, 2022, and then to $37 million on March 6. However, the volume has since ebbed away, to an even lower level than it had been originally.

Would Russia Use Bitcoin To Evade Sanctions?

No one is suggesting that the sanctions will stop ordinary Russians from using bitcoin. It’s just that Western exchanges might balk at trading with them through fear of being closed down for being implicated with a sanctioned entity.

The US sanctions legally restrict Americans from trading with Russians, but the sanctions can cause problems for Russian attempts to use other forms of cryptocurrency and platforms. Sanctioned Russians might use stablecoins such as USDT, over-the-counter (OTC) desks or cross-border exchanging (perhaps by peer-to-peer or fiat-fiat using exchanges domiciled in a Russia-friendly country). Sooner or later, the money will have to be cashed in which means that it will have reached that endpoint where law enforcement agencies can see where the illicit funds have landed and will then step in to seize them.

The sanctions move comes a little too soon for the Russian government to deploy its digital ruble, the Bank of Russia’s central bank digital currency (CBDC). In fact, the Ministry of Finance admitted in October 2020 that the digital ruble would come under the Financial Action Task Force’s stringent anti-money laundering (AML) and combating the financing of terrorism (CFT) rules and suspicious activity reporting that other CBDCs will undergo . That closes up any chance of the digital ruble being used for bypassing the sanctions.

Meanwhile, there is some skepticism that the Russian government could use bitcoin as a payment workaround. Bitcoin may be pseudonymous (you can see identifiers on the blockchain but the real identities remain obscure), but there is sufficient information for an open-source intelligence (OSINT) analyst to connect the dots and prove that Russia is using bitcoin in a manner that violates the sanctions.

Cooperation With US Sanctions Meets A BRICS Wall?

But what makes this new sanctions initiative difficult for the US government is that we are not just dealing with errant Americans and digital asset companies looking to transact in bitcoin with Russia. We are dealing with entire states, one of which has just been offered to set up bitcoin swap facilities in order to arrange payments for oil and gas. The actual reach of the US sanctions depends on just how much authority the country still has on other countries like China, Turkey and indeed any other countries which seem closer to Russia’s sphere of influence than that of the US Recent actions from large economies like China, India, Brazil and now South Africa, suggest that the US does not hold as much global sway as it may have twenty years ago.

What might raise people’s eyebrows is that Russia is offering bitcoin as a mode of payment to two countries that have so far shown hostility to Bitcoin. China banned cryptocurrency mining and trading from taking place in fall 2021. Turkey has a partial ban on bitcoin, significantly it has forbidden its

citizens from using it for payments as part of an effort to protect the troubled Turkish lira. It is possible that Russia is piggy-backing off a currency swap agreement that China had signed with Turkey in June 2021. Perhaps a bitcoin retro-fit might be in play.

Would Countries Really Use Bitcoin For Oil Payments?

It will be interesting to see exactly whether these bitcoin/oil/gas swaps do take place. There is no mention of this on Russian news sources, such as The Russian News Agency or Russia Today. I have thought of three reasons why this could be just bluster:

The strength of these US sanctions is unprecedented because the entire Russian economy is being targeted. This means that ordinary Russians have been caught up in the sanctions program that has only concerned the Russian government, Russian companies and high-profile Russian individuals, until now. Time will tell whether the US sanctions will work as intended, but, on the Bitcoin side, it does present a dilemma for the community because Bitcoiners have often boasted that Bitcoin does not care who you are, as long as you are who you say you are and you do not double-spend your bitcoin.

This is a guest post by Stephen Thompson. Opinions expressed are entirely their own and do not necessarily reflect those of BTC Inc. or Bitcoin Magazine.